More revelations were brought to light yesterday on the Big Brother Reunion Show as Wathoni after a heated clash with Dorathy revealed how Brighto was sexually satisfied in the house by Dorathy.

It all started when Wathoni interrupted Dorathy while she was explaining how she got in a web of lies and fake love among herself, Ozo and Nengi. Dorathy was not happy Ozo always came to her whenever he had problems with Nengi only to return back to Nengi later, making her look like a fool.

She however, clarified that she was never with Ozo but with Prince but Ozo always kept coming to her despite having something for Nengi. She even said Ozo was the person that created the gap existing between herself and Nengi till today.

Wathoni then interrupted but Dorathy couldn’t stand her. She immediately faced her and told her to shut it as the case wasn’t her business. Dorathy was a bit brash and rude to Wathoni who is her senior.

Wathoni’s revelation about Dorathy and Brighto has sparked reactions as people mocked Dorathy for pretending to be a decent girl, however, nobody knew she could get down with Brighto in the house. 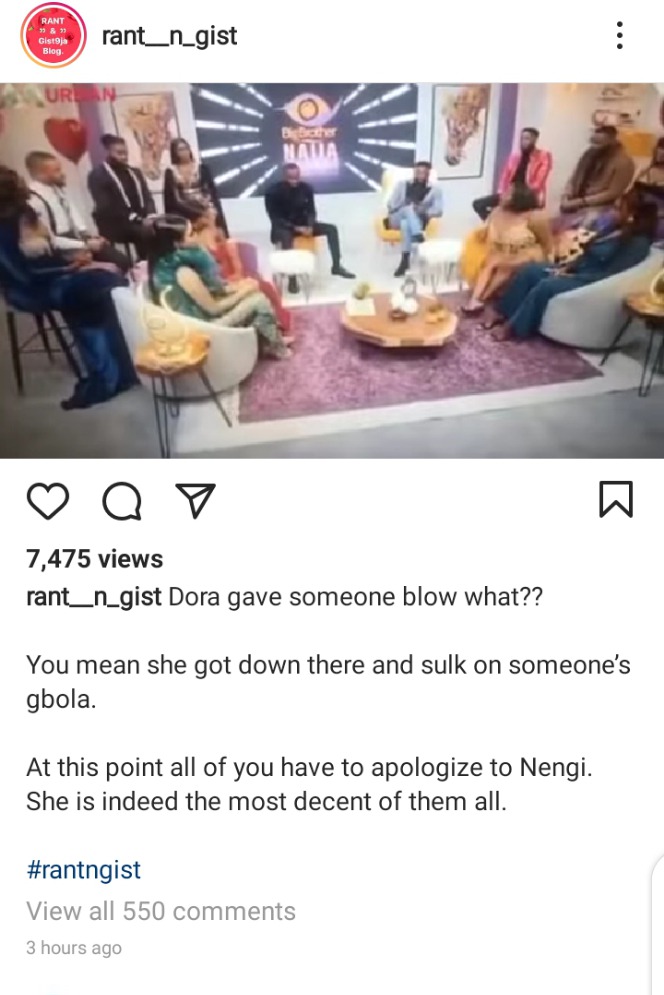 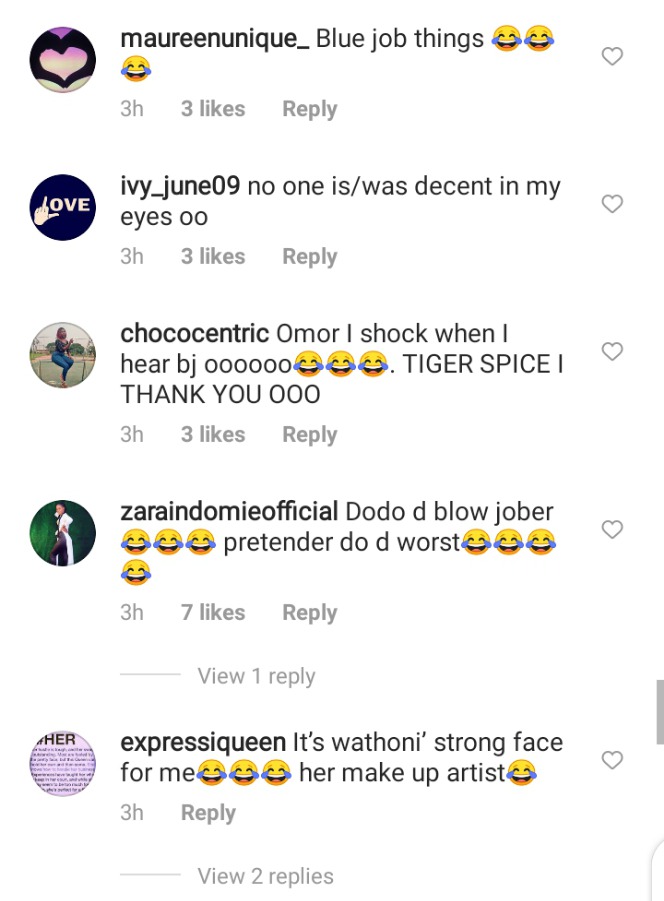 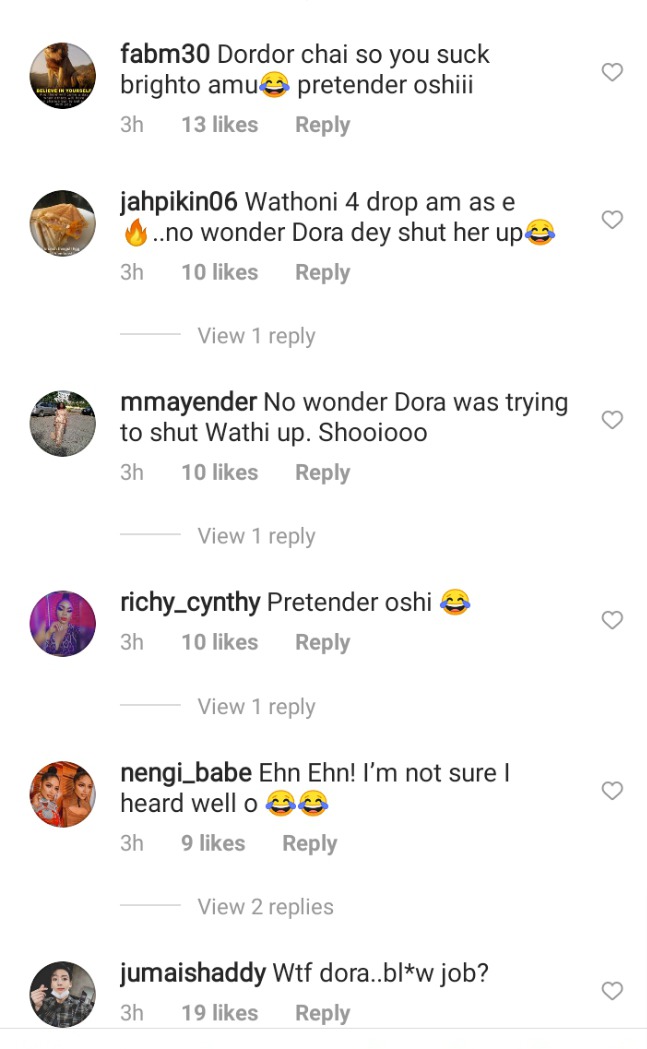 #BBNaija: Step away from Jackie B – Jay Paul tells Boma

Viewers in shock as #BBNaija housemate, Angel, was caught on camera touching her va*ina (video)

#BBNaija: I messed up for nominating Whitemoney for eviction – Maria

BBNaija 2021: Yousef’s students storm the streets to campaign for him

BBNaija 2021: Whitemoney Trends After Revealing He Was Once The Cover Of A Popular Magazine