The European football governing body popularly known as UEFA has on Friday afternoon revealed the winner of this season’s Champions League goal of the tournament, following the conclusion of the competition. 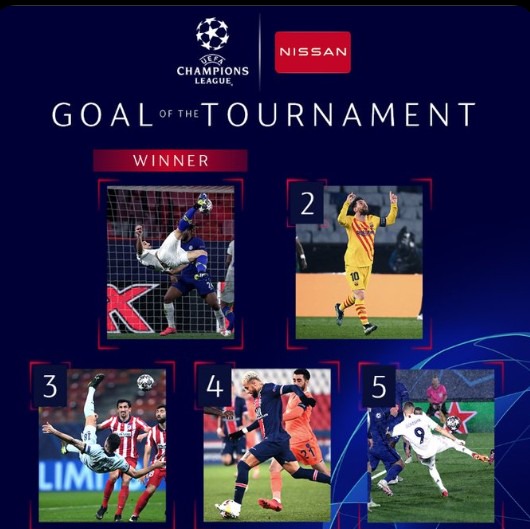 Many classic goals were scored in the just concluded UEFA Champions League season, and the best goal has been chosen by the organizers of the competition.

UEFA chose five among the fine goals scored in 2020/2021 Champions League last week, and the best goal has been finally announced. 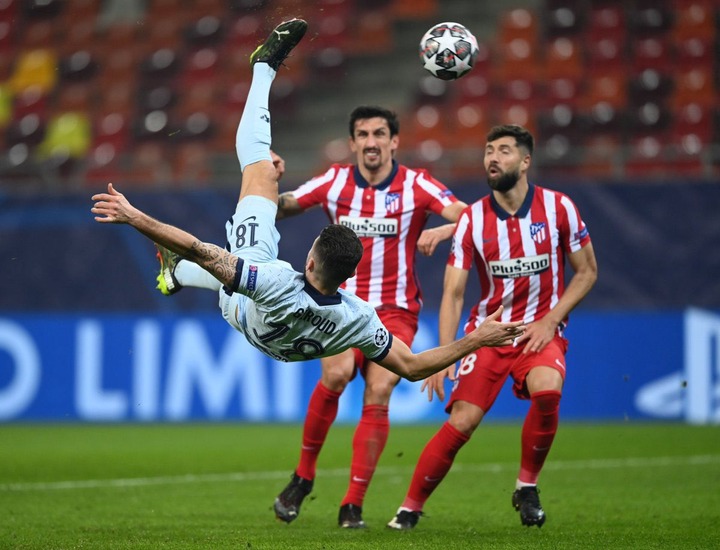 FC Porto star Mehdi Teremi has now defeated other nominees to win the goal of the tournament. 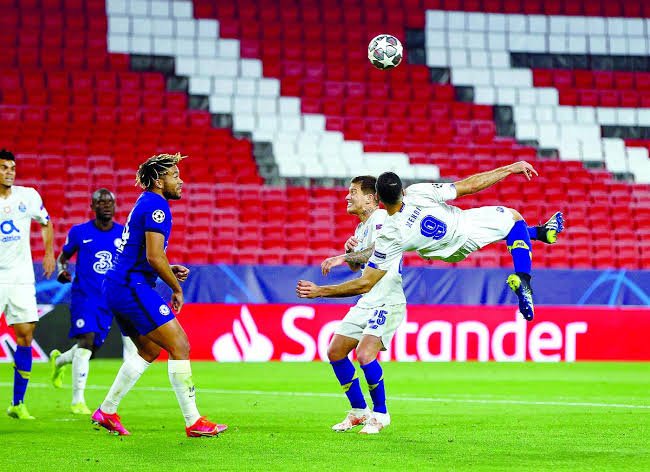 UEFA posted on their verified Twitter handle on Friday afternoon that; 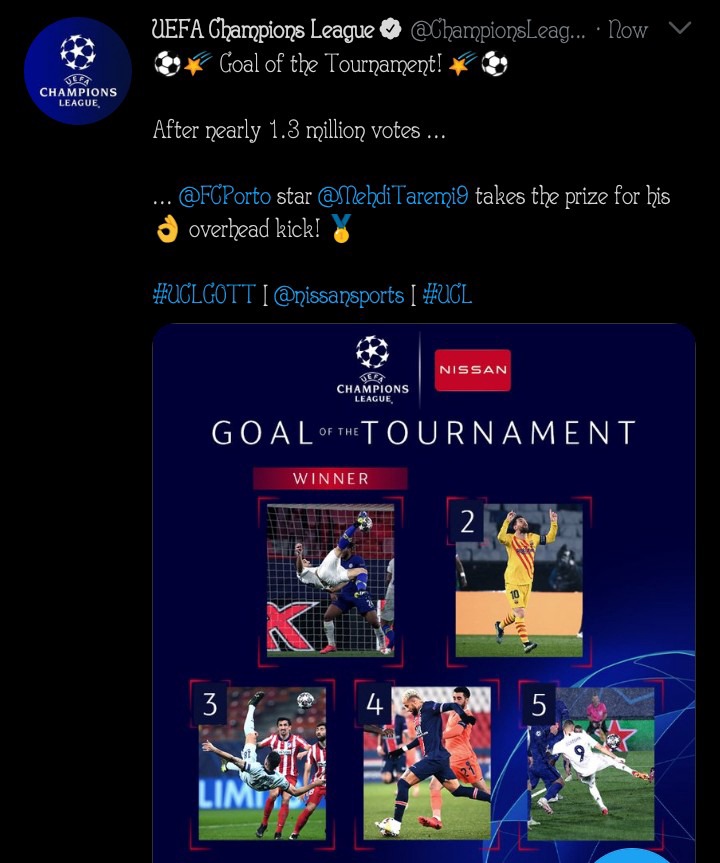