Chelsea has officially extended the contracts of Tuchel , Giroud and Thiago Silva. However, the club has also Officially released 7 of their players. Some of these players have been with the club for some years, spending most of them on loan deals.

Marco Van Ginkel was named the next Frank Lampard when he joined Chelsea. However , Injuries hindered his progress while he was on loan. It was only at PSV that he performed well. He has now been Officially Released by Chelsea. 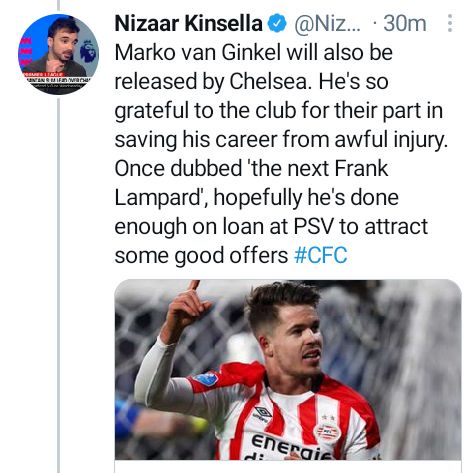 Just like Van Ginkel, Danilo Pantic did not come from Chelsea Academy but he has been with Chelsea for a long time. He has spent most of his time on loan. He fared well most at Partizan from 2017-2019. Both Van Ginkel and Danilo went to 12 different clubs.

Another Player who has departed the club is willy Caballero. The goalkeeper has never made it to being the first choice. However, he is very respected at the club and has won a lot with them.

The other players who have Officially departed Chelsea include Izzy Brown, Jamal Blackman, Jack Wakley and Declan Firth. All these players came from Chelsea Academy. Izzy, Wackley and Blackman all went on different loans during their stay at Chelsea. 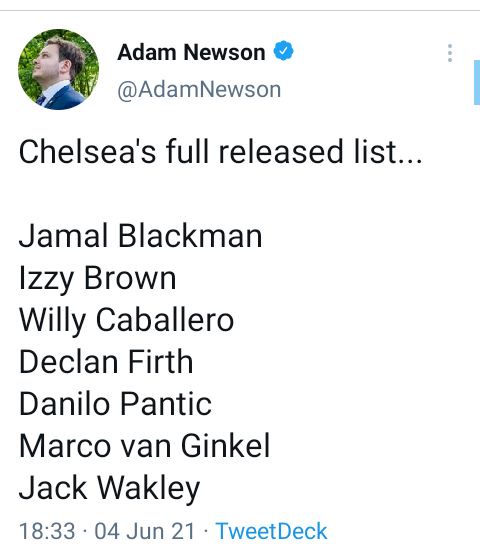