Serie A giants Juventus have reappointed former manager Massimilliano Allegri as their new head coach with the 53 year old now set to replace Andrea Pirlo who has been sacked after a disastrous campaign.

According to the latest trending news from several reliable sources including reputable journalist, Fabrizio Romano, Allegri is set to rejoin Juventus after failing to agree terms with La Liga giants Real Madrid who were also keen on him. 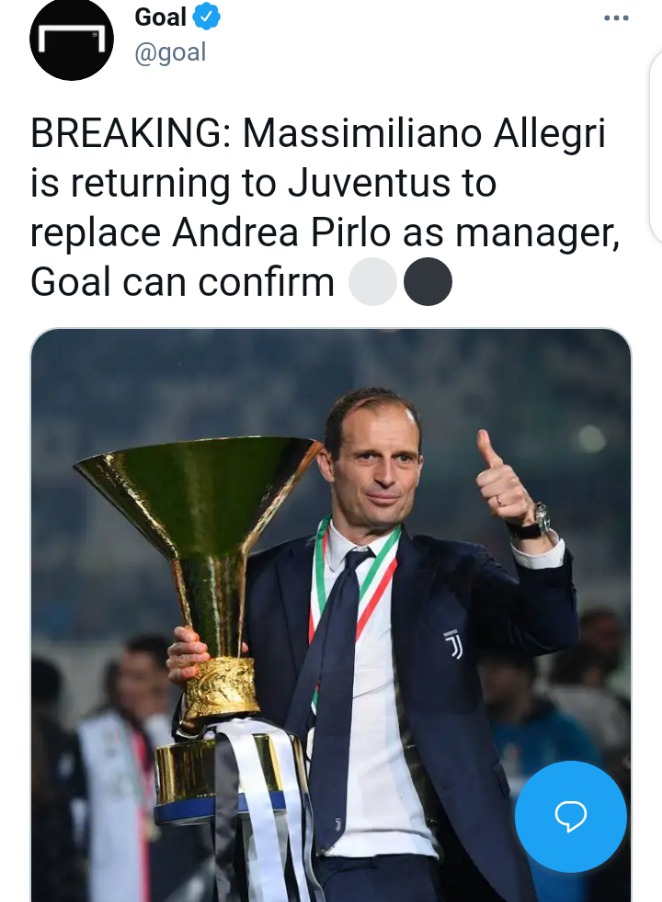 Allegri left Juventus back in May 2019 after a successful spell at the club which saw him clinch the Serie A title in five consecutive times besides steering the club to four Copa Italia trophies. Moreover, the Italian tactician had a promising campaign in the UEFA Champions League with him guiding the club to two semi finals. 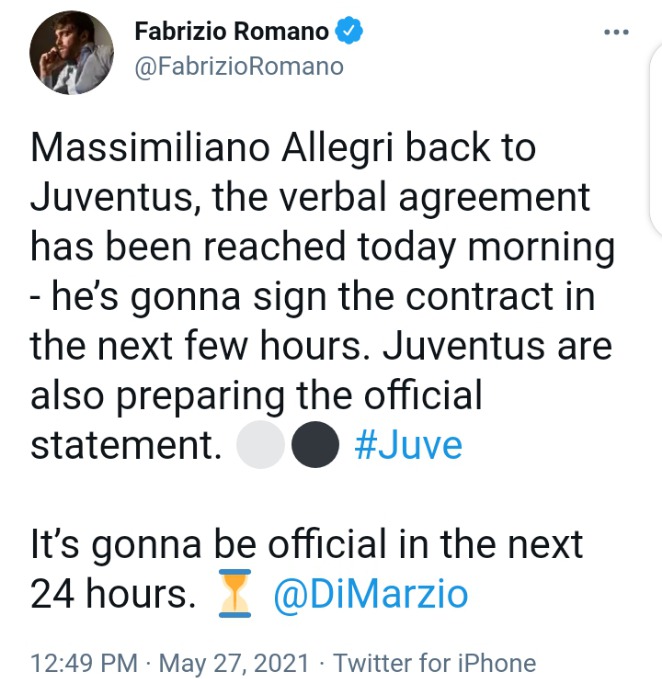