Home Uncategorized Check Out the longest and heaviest aircraft ever built

The Antonov An-225 is the longest and heaviest aircraft ever built with a maximum takeoff weight of 710 tons. It was first built to carry Soviet space shuttles and 27 years after it entered into service it’s still operational.

The Antonov An-225 is 84 m long and weighs 285 tonnes when empty making it the world’s heaviest cargo plane. It also has a wingspan of 290 feet making it have the longest wingspan of any plane. Its cargo compartment is so huge that it can hold upto 50 cars. The plane is also capable of carrying oversized objects on top of its roof. 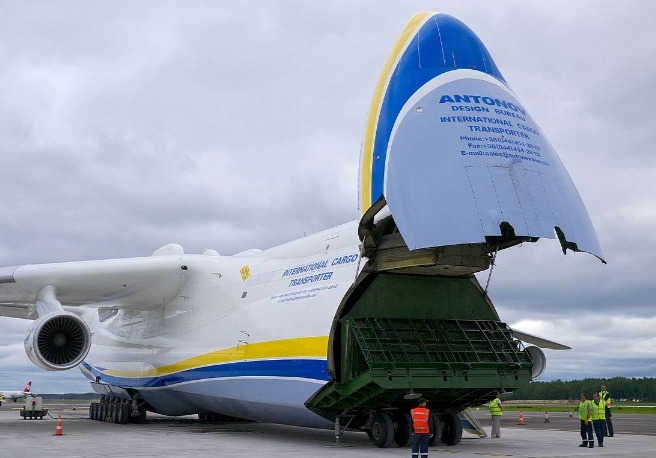 This giant plane is powered by six turbofan engines each capable of pumping out over 23 tonnes of thrust on takeoff. These engines were selected for their high takeoff thrust and low specific fuel consumption. They are also easy to maintain and have low noise and contaminant emissions. The Antonov An-225 can fly at a maximum speed of 850km/h.

The plane is also fitted with a bucket-shape thrust reverser, a jetpipe, a drive box, an exhaust nozzle, a fan turbine, a combustion chamber,an intermediate drive, a fan stator blade and fan wheel. The aircraft’s landing gear consists of 32 wheels that enable the plane to turn within a 61 metre runway. 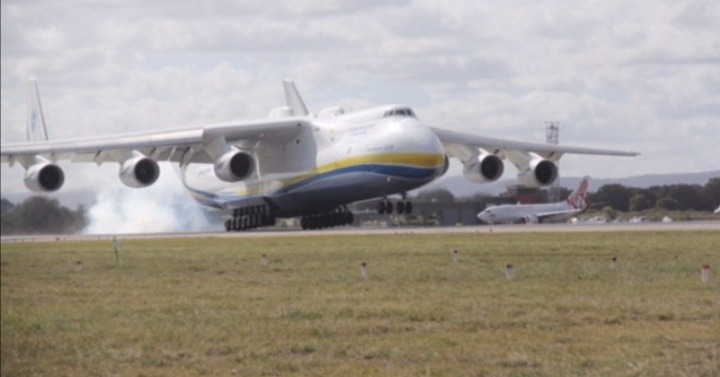 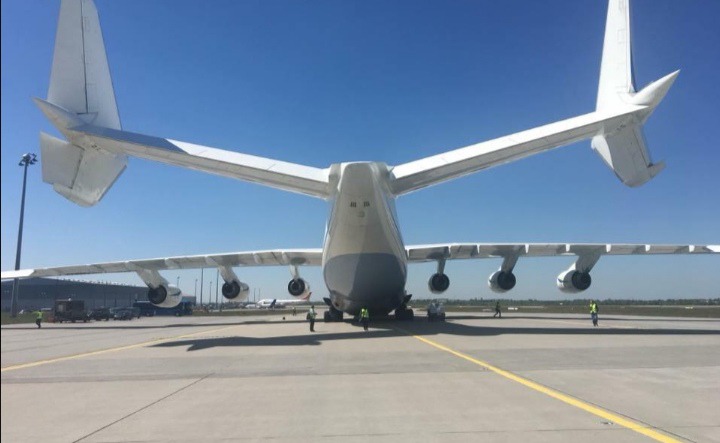 This huge plane requires a crew of six to operate and so far only 10 pilots are actually certified to fly it.

After dropping out because of Davido, Chioma returns back to school

I may not be the most successful musician, but I’m one of the happiest — DJ Cuppy

One year after being accused of stealing a baby, Halima Abubakar flaunts her own baby