Former Big Brother Naija (BBnaija) housemate, Bisola Aiyeola, who is popularly known as Bisola, took to her Instagram handle to share the news of her engagement.

Bisola shared a photo of herself on her Instagram story with the caption ‘Yes’. The photo sparked several reactions on social media, as a lot of Bishola’s fans were excited that she is got engaged. 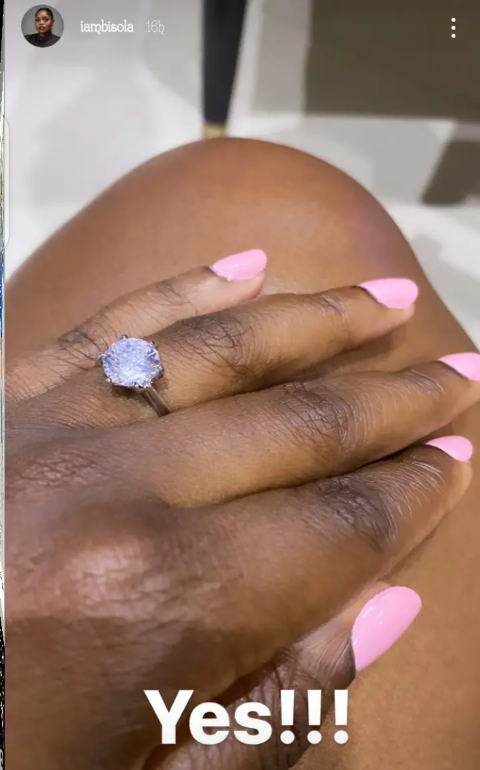 However, Bisola later said that she wasn’t engaged. In another photo she shared, she captioned it “Issa practice for the real on fan”, which means that she was only playing when she said that she got engaged. Even though it was a prank, a lot of people still congratulated Bisola, telling her that she deserves the best. 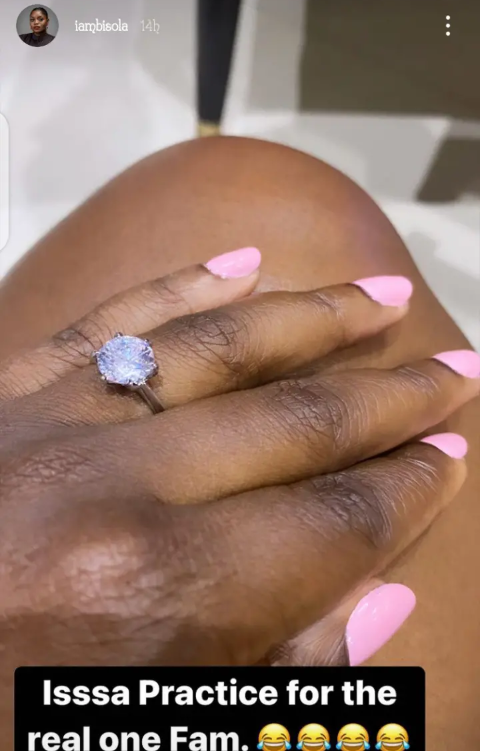 Bisola is a single mother of one. She is greatly loved by her fans, as she currently have over 3 million followers on her Instagram handle.

No Big Deal If My Man Cheat on Me, Just Do It With Common Sense- Moyo Lawal

Cubana Chief Priest hangs out with Paul Pogba, Sterling, set to bring them to Asaba

Fans surprise Pere and Liquorose with a gigantic money cake, iPhone 13 and other items (Video)

Actor, Charles Okocha goes on destructive rampage after spotting his daughter inside a car with a man (Video)