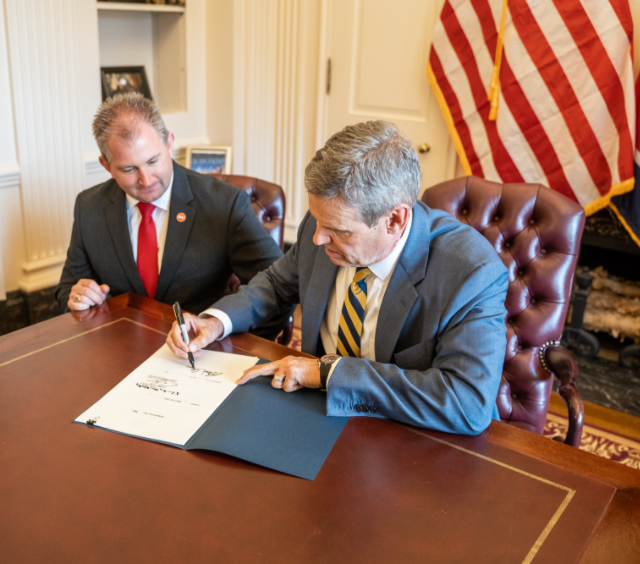 Hours after U.S. President Joe Biden rolled out a series of executive orders aimed at curbing gun violence, Tennessee Governor Bill Lee signed a bill allowing most residents over 21 in the state to carry a gun without a permit or a background check.

“I signed constitutional carry today because it shouldn’t be hard for law-abiding Tennesseans to exercise their (Second Amendment) rights,” Lee a Republican approaching his reelection campaign for 2022, wrote in a tweet.

The governor then thanked the National Rifle Association for their help with the bill. 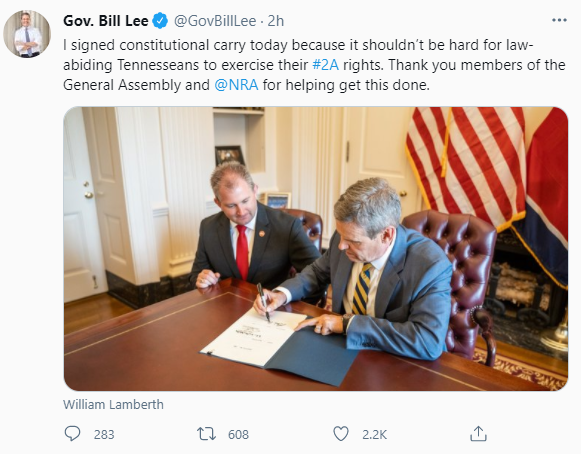 The bill applies to handguns that are concealed and ones that are openly carried, but it does not apply to long guns.

Tennessee becomes the nineteenth US state to have permit-less gun carry laws.

According to Washington Post, under the new law, adults 21 and older and military members between 18 and 20 will be allowed to open or concealed carry handguns without a permit.

The law also increases certain penalties. For example, theft of a firearm — now a misdemeanor that carries a 30-day sentence — will become a felony with a mandatory six month incarceration. It also makes exceptions for people with certain mental illnesses and criminal convictions.

Supporters of the bill argued that the proposal includes harsher penalties for those who commit certain gun-related crimes, with the governor setting aside $17.7 million in his budget plan for the bill largely due to an anticipated increase in incarceration.

However, law enforcement groups — including police chiefs, sheriffs and prosecutors — have largely opposed the move and consider the state’s existing permit system an important safeguard for knowing who should or shouldn’t be carrying a gun.