Its been two weeks since self-proclaimed Shepherd Bushiri announced the death of his 8-year-old daughter Israella Bushiri and its been a week since she was laid to rest. 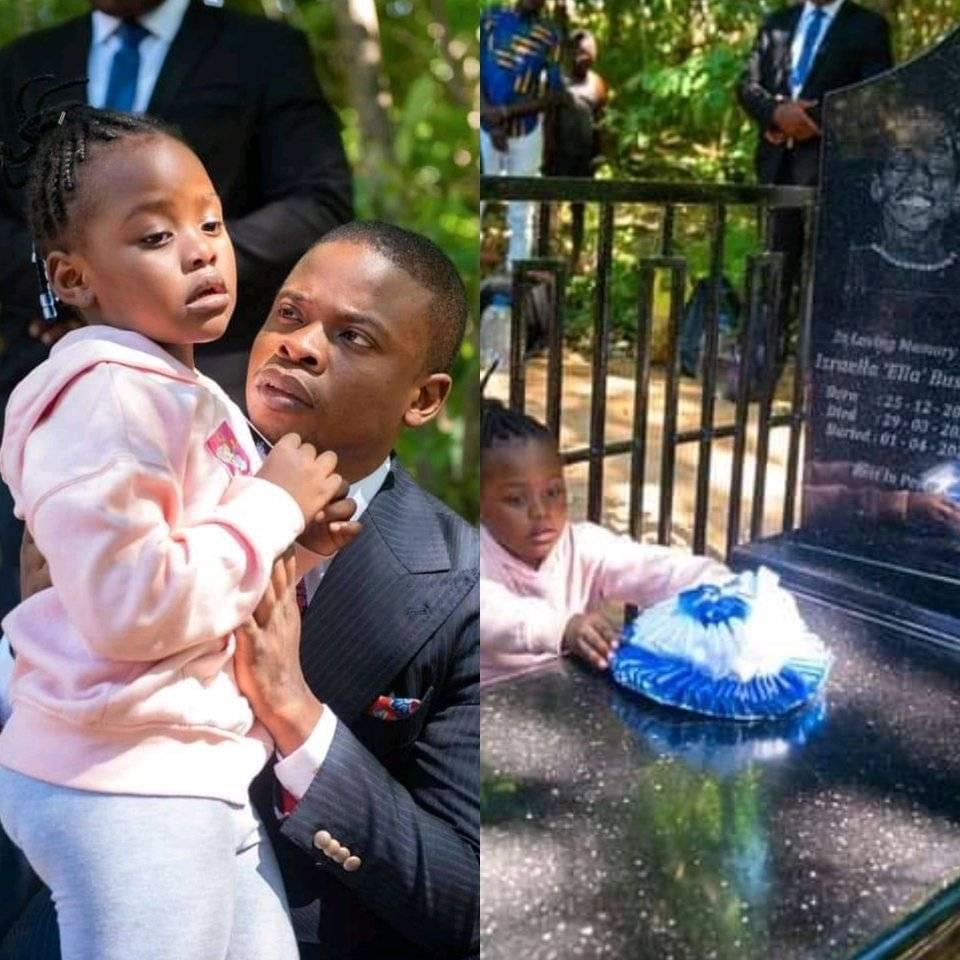 Many people in his home country Malawi came out and mourned the death of his daughter with him, several sessions were held online as many of his followers joined him to celebrate the life of his late daughter.

Since Bushiri revealed his daughter’s death people were not expecting him to on social media all the time, but Bushiri has been updating his fans on social media. To day he took his youngest daughter Raphaella to visit her sister’s grave, it was a really heart breaking moment for the Bushiri family.

He took it to his Facebook page and shared the heartbreaking pictures with caption:

The rest is in God’s hands

A place of worship and joy

But here we are, she was kept here

You can now continue where she left off

Go give the poor

Go pray for others