Nollywood actress Mercy Aigbe has taken to social media to show off the owner of her ‘fake’ engagement proposal. 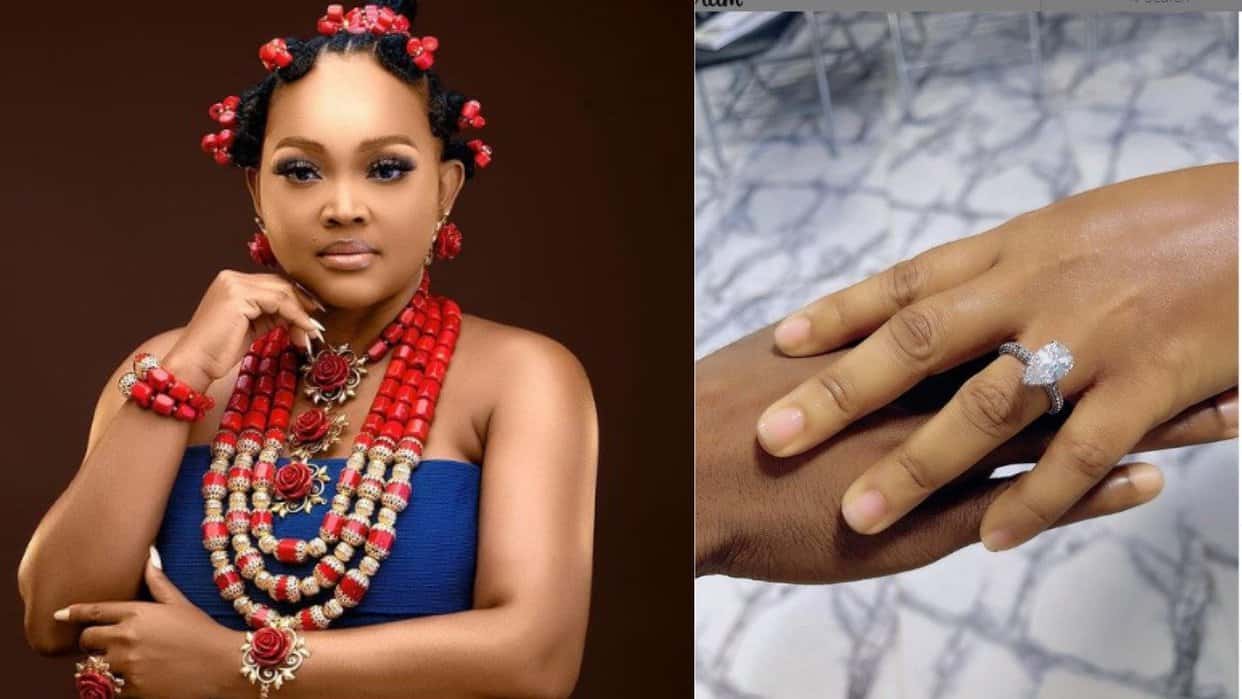 the mother of two, on April fools day announced her engagement to her new lover.

“Finally I said Yes to ‘D’ Owner… Thank you, God, of many chances. My joy knows no bounds… Agbeke Aya ‘D’ Owner” .

However, a few hours later, the actress gave an update on her engagement, revealing the engagement was not true, and she was fooling everyone.

The 43-year-old via Instagram today showed off the owner of the engagement ring, which almost got social media users thrown into frenzy as they react in disbelieve.