Home NEWS Inmate who escaped from Imo prison set ablaze by villagers as he... 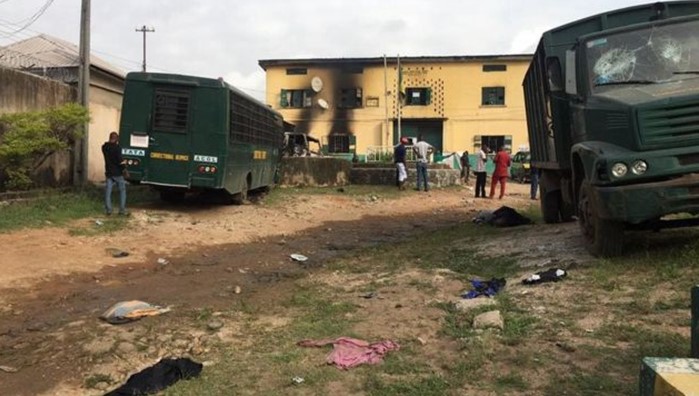 A fleeing prisoner, who returned home from the Federal Correctional Centre in Owerri, Imo state which was attacked on Monday has been set ablaze.

The Nation reports that he was set ablaze by some apparently angry residents of Umuawom village, Ihodimeze community in Ikeduru council area of Imo State on Wednesday.

The escaped inmate, whose identity was yet to be ascertained, was said to have hailed from the nearby Ogwa community in Mbaitoli Local Government Area of Imo State but grew up in Umuawom village, which is his maternal home.

It was gathered that he had been named as a suspect in a kidnap activity that involved one of the families in Umuawom village but was eventually apprehended and remanded in custody for over one year.

However, when he escaped from the prison on Monday, he reportedly went straight to one of the families that testified against him and threatened to deal with them.

He allegedly attempted to carry out his threat by attacking a member of the family in Umuawom village with a gun.

Village sources told The Nation that his daring move prompted villagers to pounce on him and immediately set him ablaze.

A spokesman for the Police Command, Orlando Ikeokwu, said he had heard about the incident but could not officially confirm it.