Home SHOWBIZ Vanessa Bryant fires back at her mother after the older woman filed... 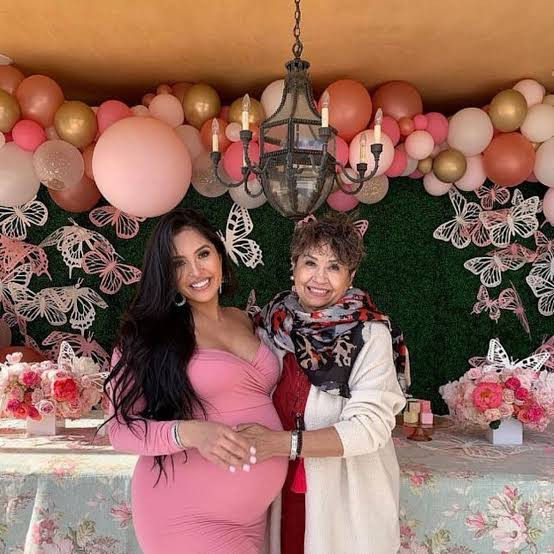 Vanessa Bryant has fired back after her mother Sofia Laine filed a lawsuit against her.

Laine sued Vanessa earlier this week, claiming the late Kobe Bryant had promised to take care of her for the rest of her life but after Kobe died in January, Vanessa left her out in the cold.

However, Vanessa said her mother filed the suit to “extort a financial windfall from our family.”

In her suit, Laine claims she worked as a nanny for Kobe and Vanessa and was “forced” to work around the clock for 18 years without proper meal or rest breaks.

Laine claims she was never paid for her work despite taking shifts on holidays and weekends.

She also claims Vanessa ordered her to move out of the home Kobe had allowed her to live in while he was alive.

But, Vanessa says her mom is lying.

She added: “I have supported her for nearly 20 years, and was never my or Kobe’s personal assistant, nor was she a nanny.

“I have always been a stay at home mother and my husband and I were my daughter’s full-time care givers.”

Vanessa continues, “In reality, she only occasionally babysat my older girls when they were toddlers.”

“As of ten years ago, our kids were full time students and athletes and I didn’t have another child until 2016.”

Vanessa says her mom’s claims are “obviously false” and insists she repeatedly tried to “work things out with my mother” to no avail.

She concludes: “This lawsuit is frivolous, disgraceful, and unimaginably hurtful. My husband never promised my mother anything, and he would be so disappointed in her behavior and lack of empathy.”

Vanessa also took to her Instagram Stories to talk about “entitlement mentality”.

Read her full statement released on her Instagram Stories below. 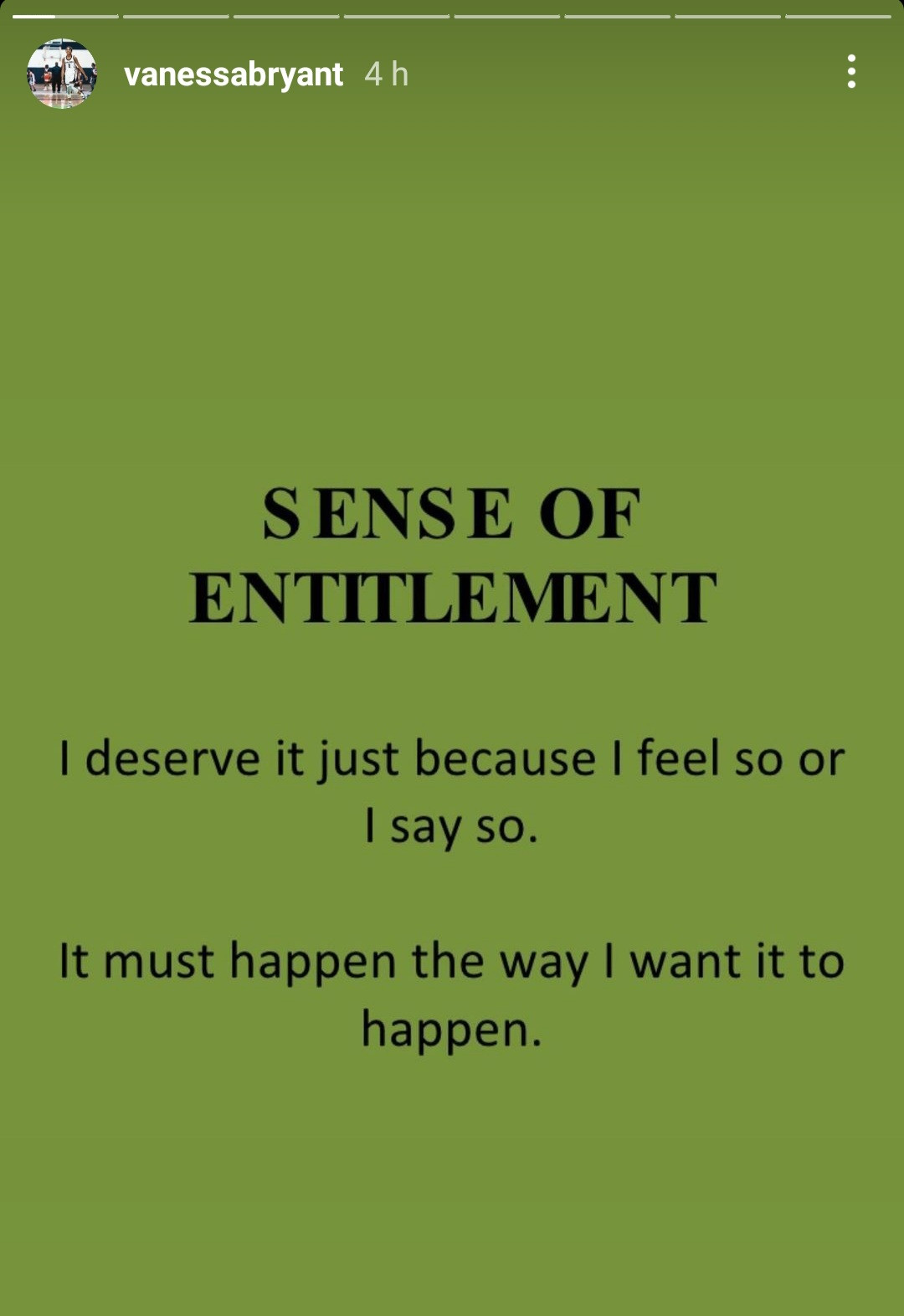 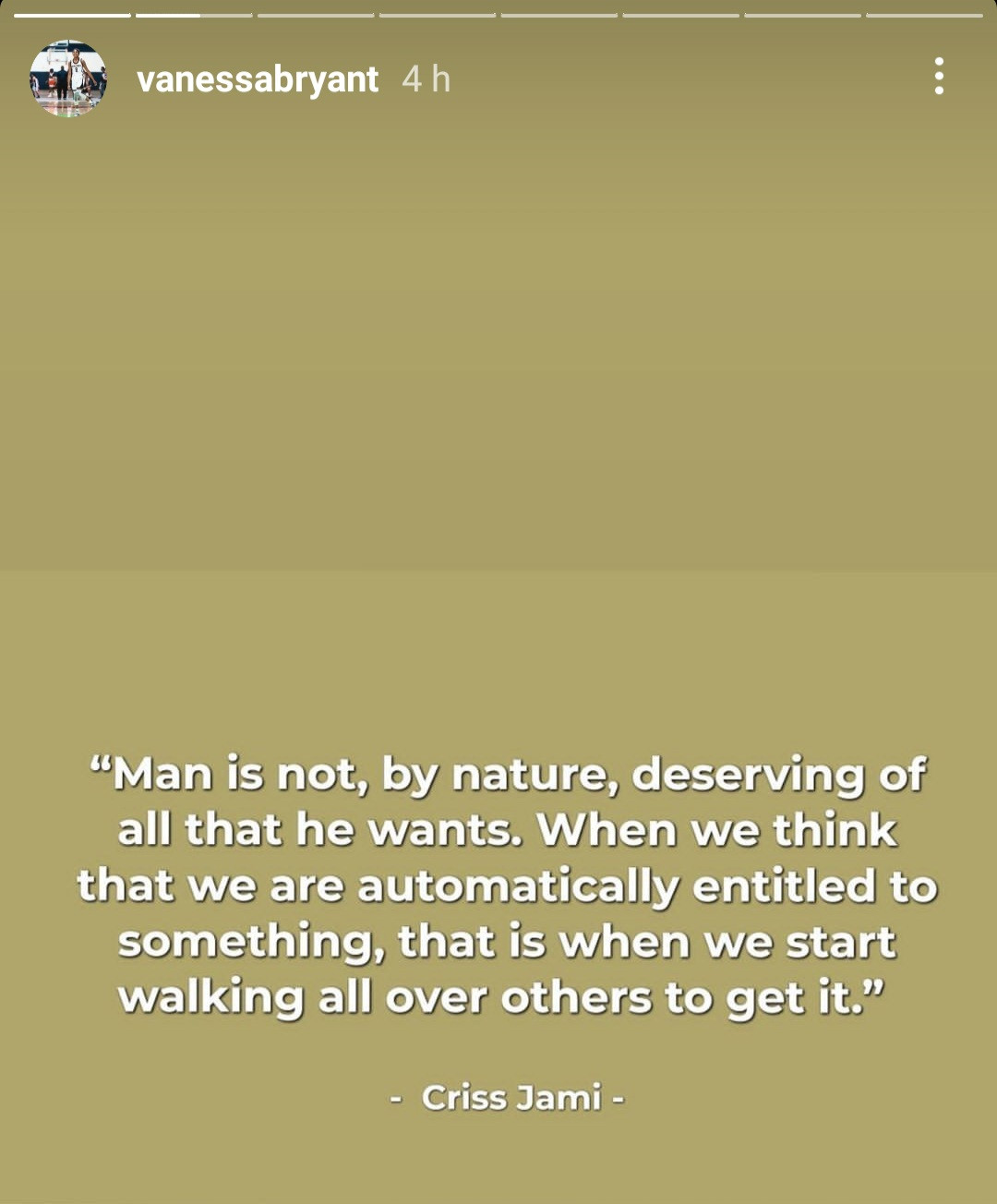 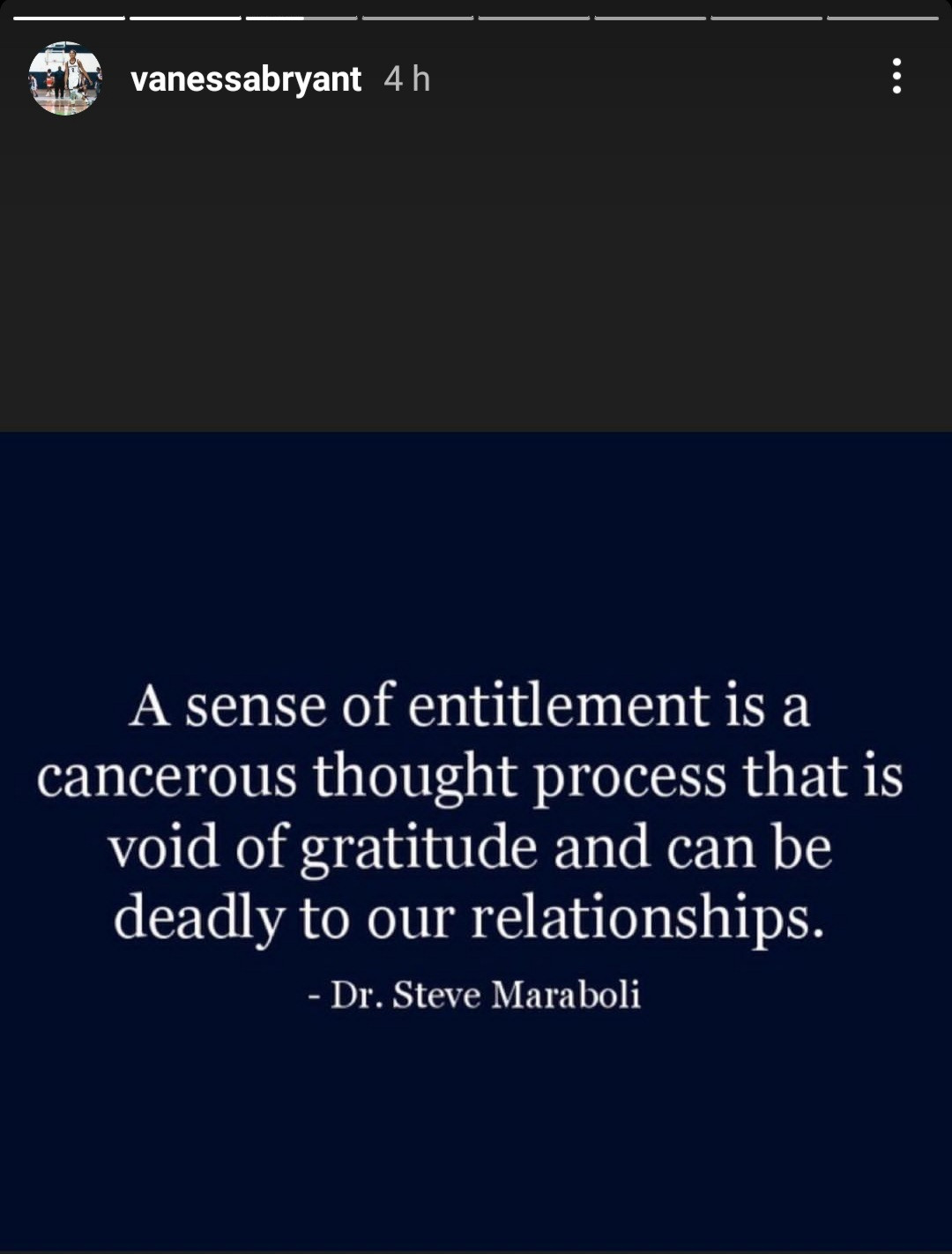 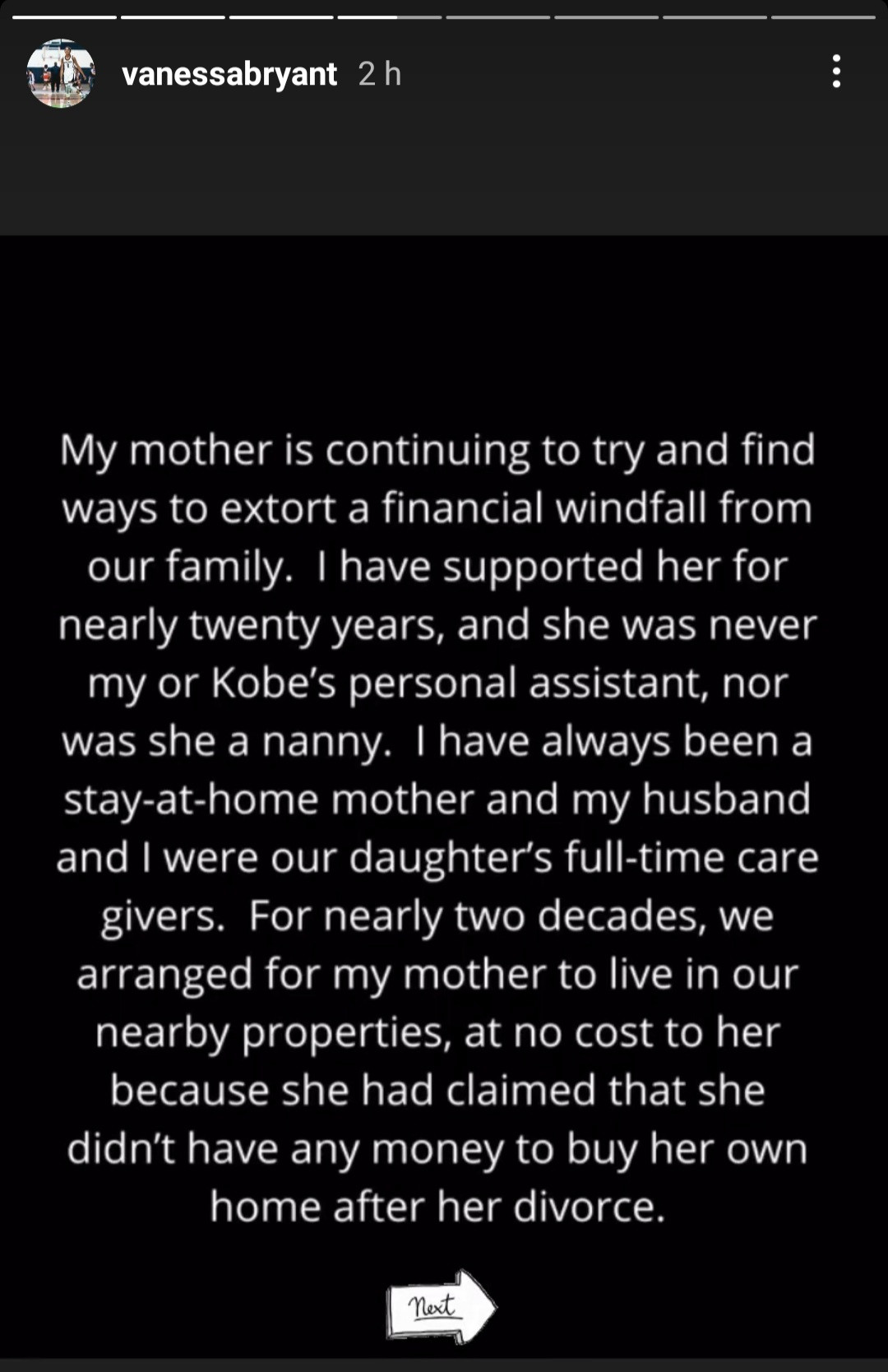 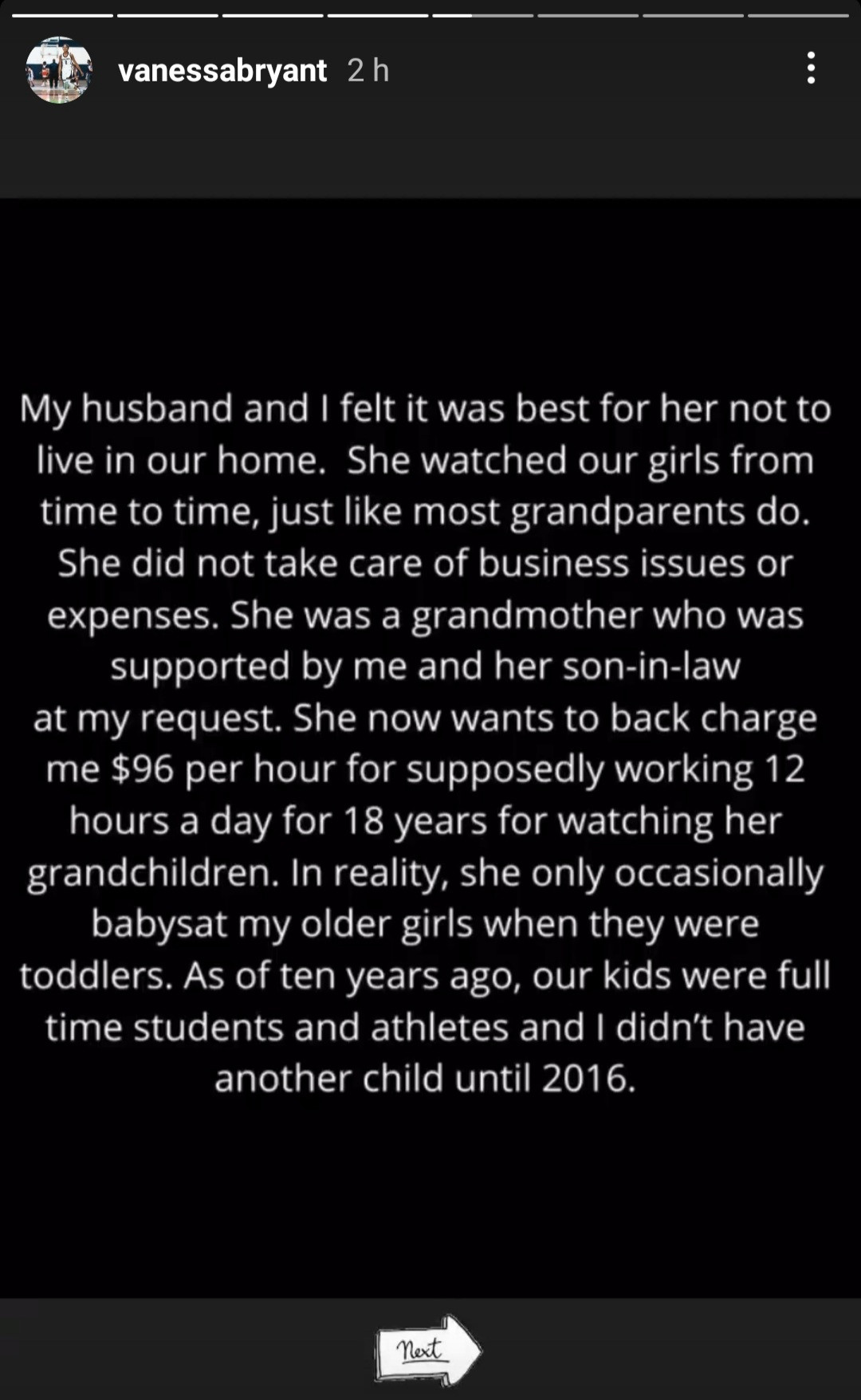 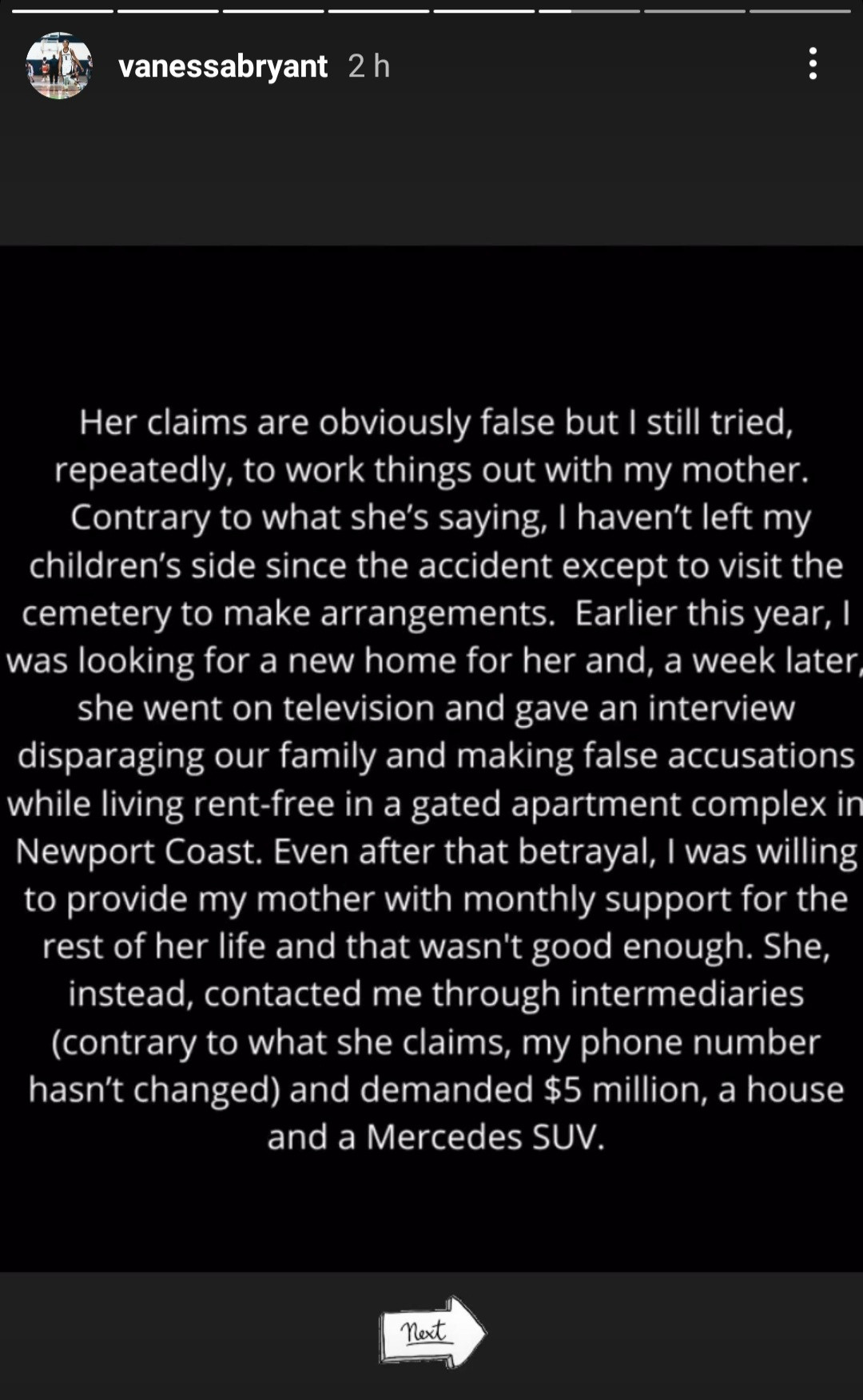 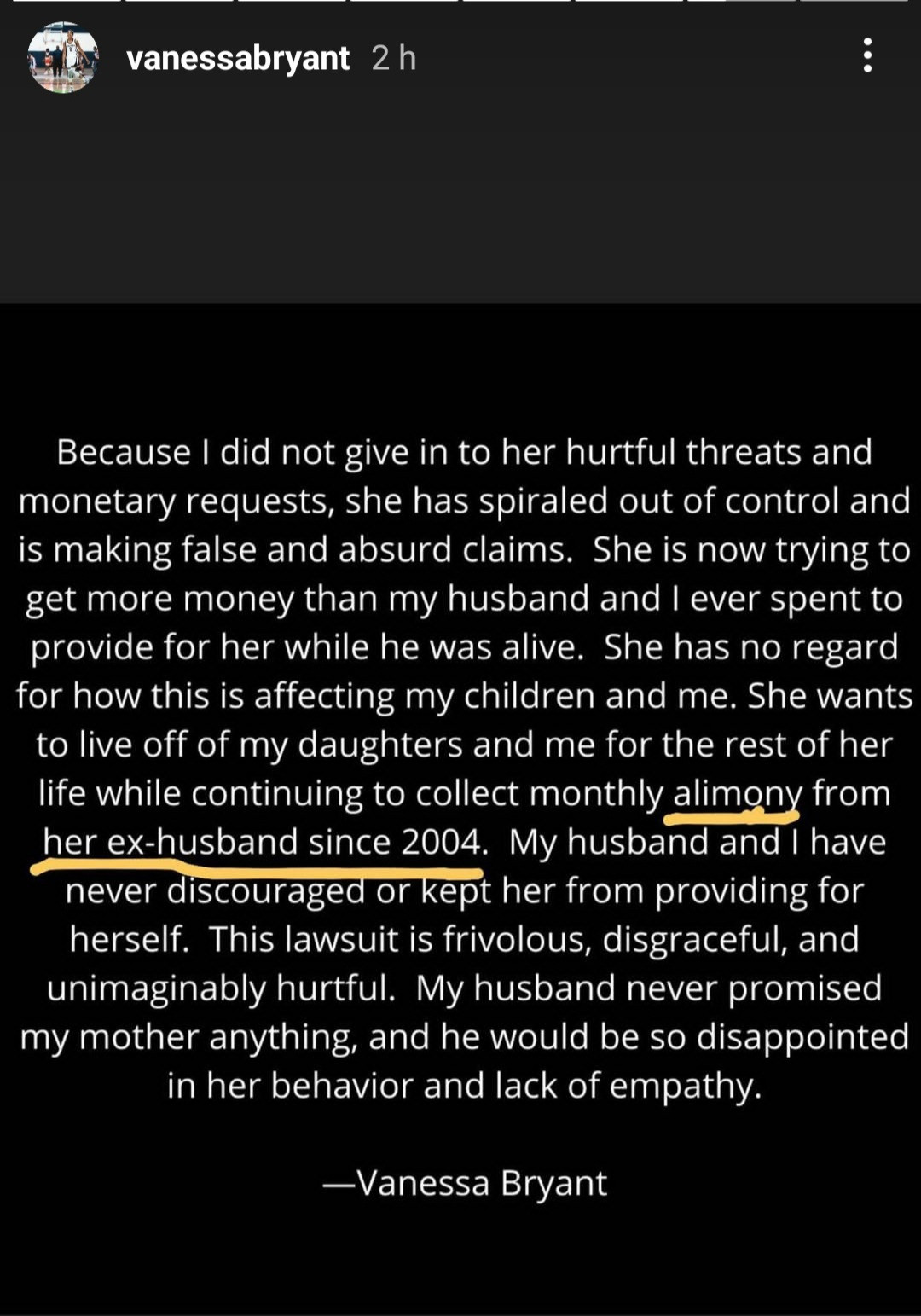 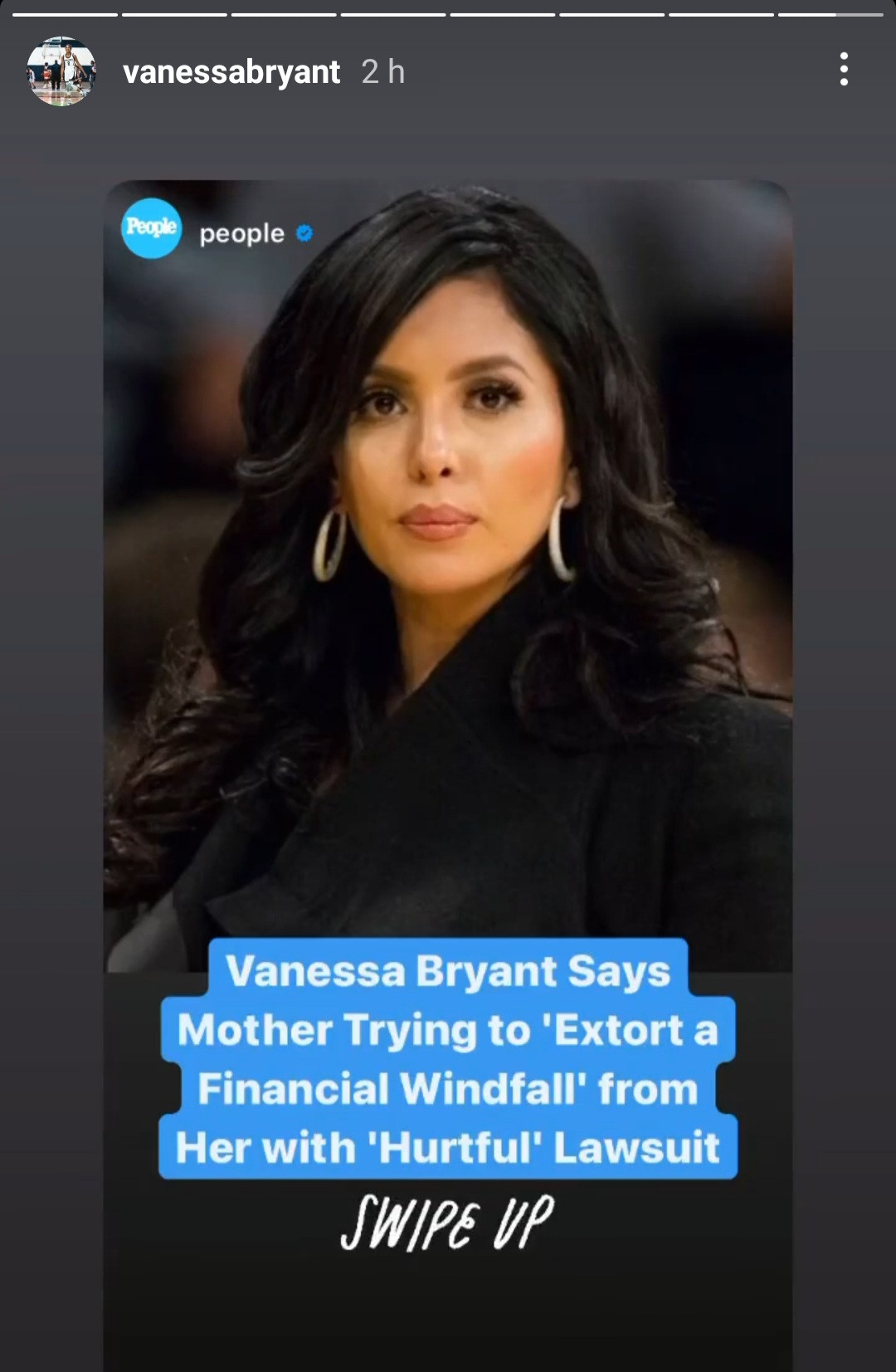