Home GOSSIP “I Didn’t Come So I Won’t Pay” – Client And Ashawo Fight... 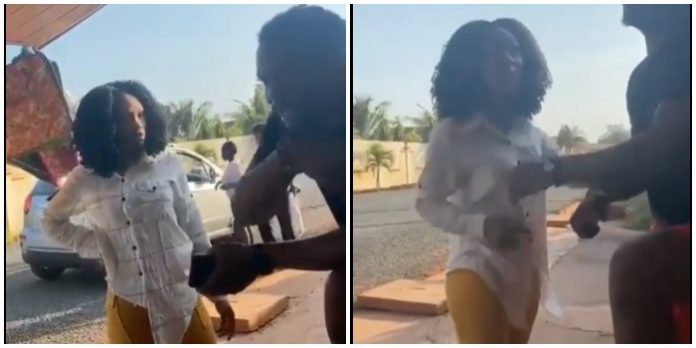 A Nigerian man was captured on camera exchanging words with a commercial street worker he picked from the streets the previous nights over payment of money. According to the man, he wasn’t satisfied with the services he was rendered by the sex worker hence will not pay the money charged in full. He stressed that he didn’t reach “Orgasm” so he will not pay the amount of GH130 charged by the lady.

The lady who was not in agreement with the money being paid was seen holding his shirt by the throat demanding her money. Mum of Little Girl who Participated in Peter Obi’s Rally Gets Furnished House, Over 2 Million for Business