Tottenham Hotspur manager, Jose Mourinho, has expressed regrets over his players’ failure to kill off the game, as Roberto Firmino’s late winner saw Liverpool climb above them into top spot in the Premier League. 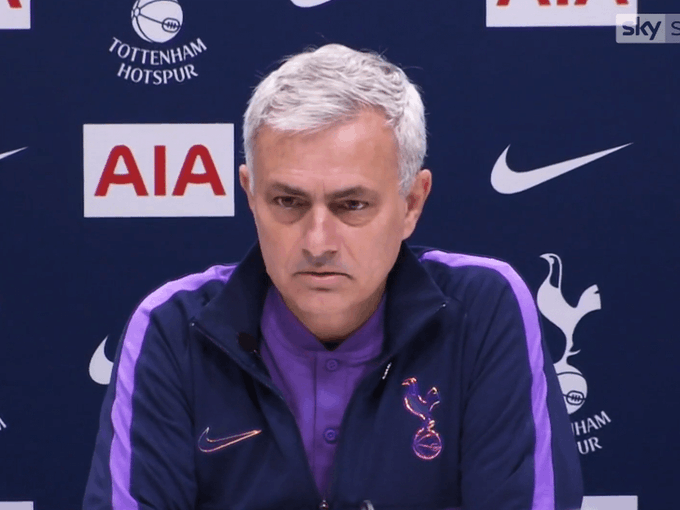 Spurs were level for a long time after Heung-Min Son cancelled out Mohamed Salah’s deflected opener.

But Mourinho’s men pushed on in the second half, creating plenty chances to secure a rare win at Afnield.

Steven Bergwijn hit the post and Harry Kane headed over from six yards.

The defeat saw Spurs miss the chance to open a gap in the title race, while Liverpool remain unbeaten at home in 66 games.

“I think even a draw would have left us not with the best taste. We had them there to win it,” Mourinho a press conference.

“It was not just about the big chances. The moment was when they were in trouble, in their worst moment, and we had it there to kill it and we missed it.”