Home Uncategorized Photos of Nigerian singer Omah Lay in handcuffs and being taken to...

Photos of Nigerian singer, Omah Lay being taken to prison after his arrest have been shared online. 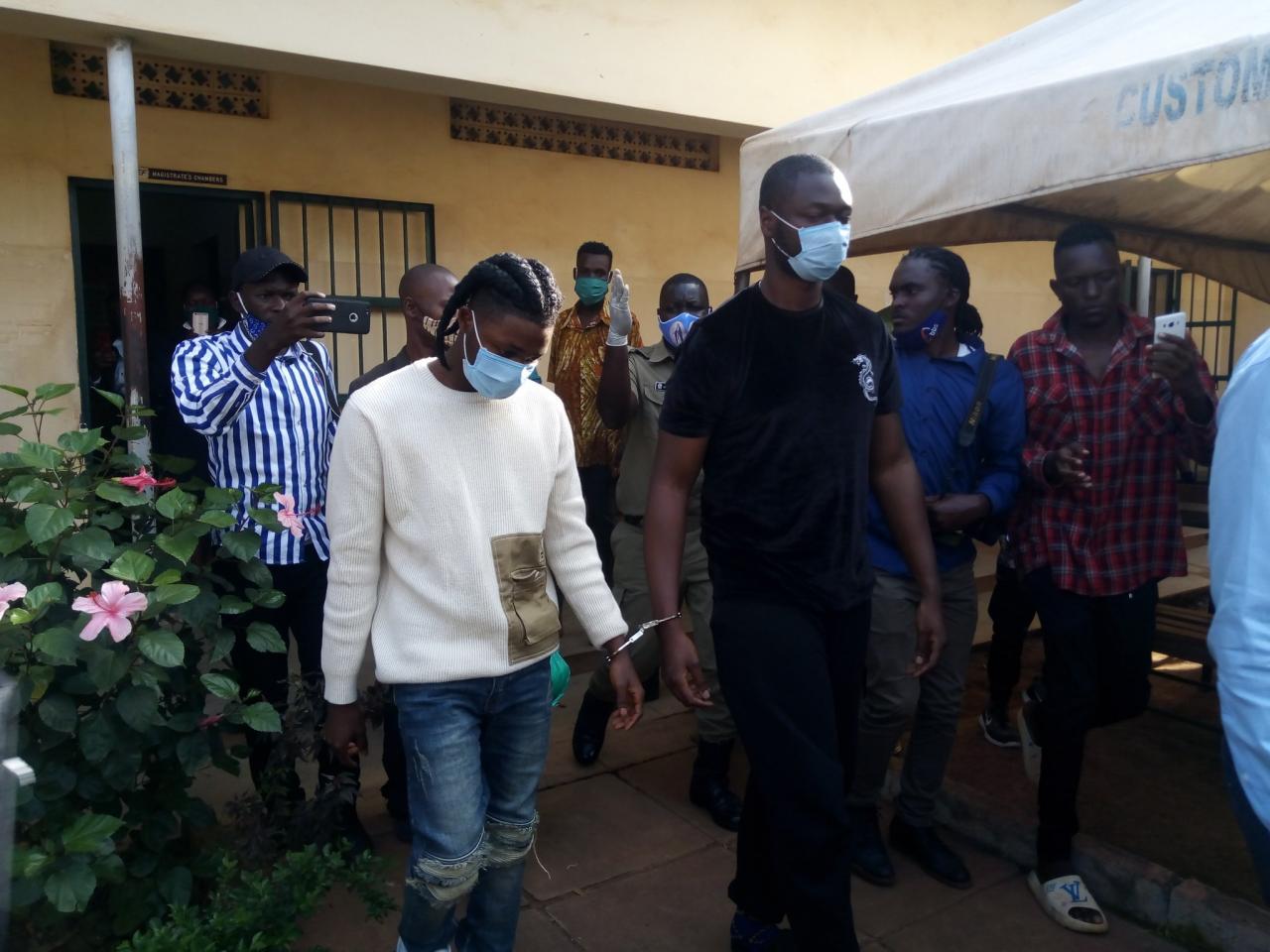 While Omah Lay was taken to Kitalya prison, his compatriot and colleague Tems was taken to Kigo prison. It was further learnt that they will be appearing before a Ugandan High Court on Wednesday December 16.

They are being charged with “negligently doing acts likely to spread infectious diseases.”

Finally @temsbaby & @Omah_Lay are take to Kitalya prison and Tems is taken to Kigo prison, Omah Lay is taken to kitalya prison until 16 Dec2020 and the event orginisers /Promoters and they will have to appear to High Court on Wednesday 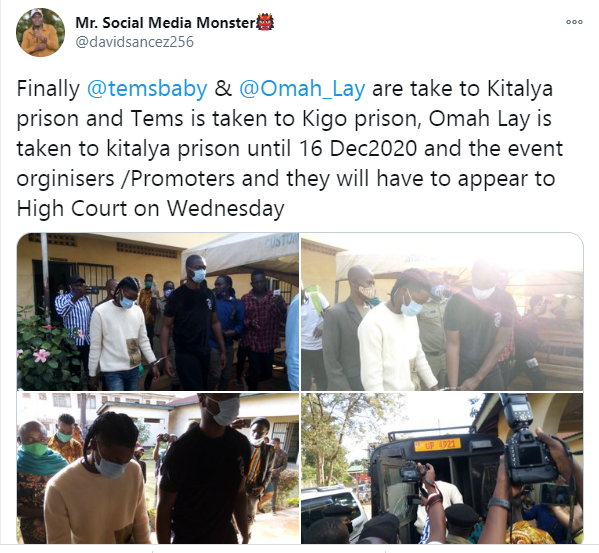 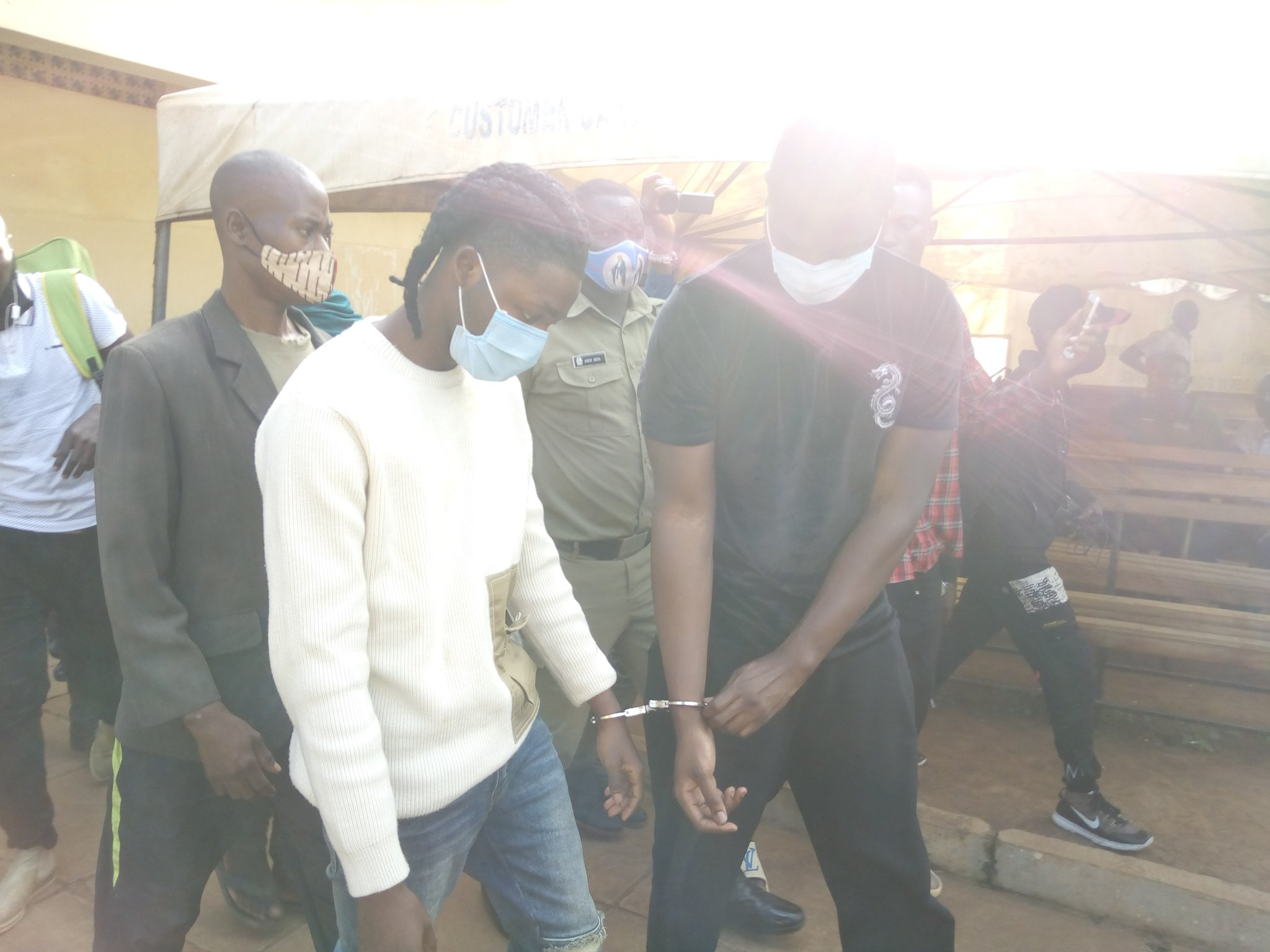 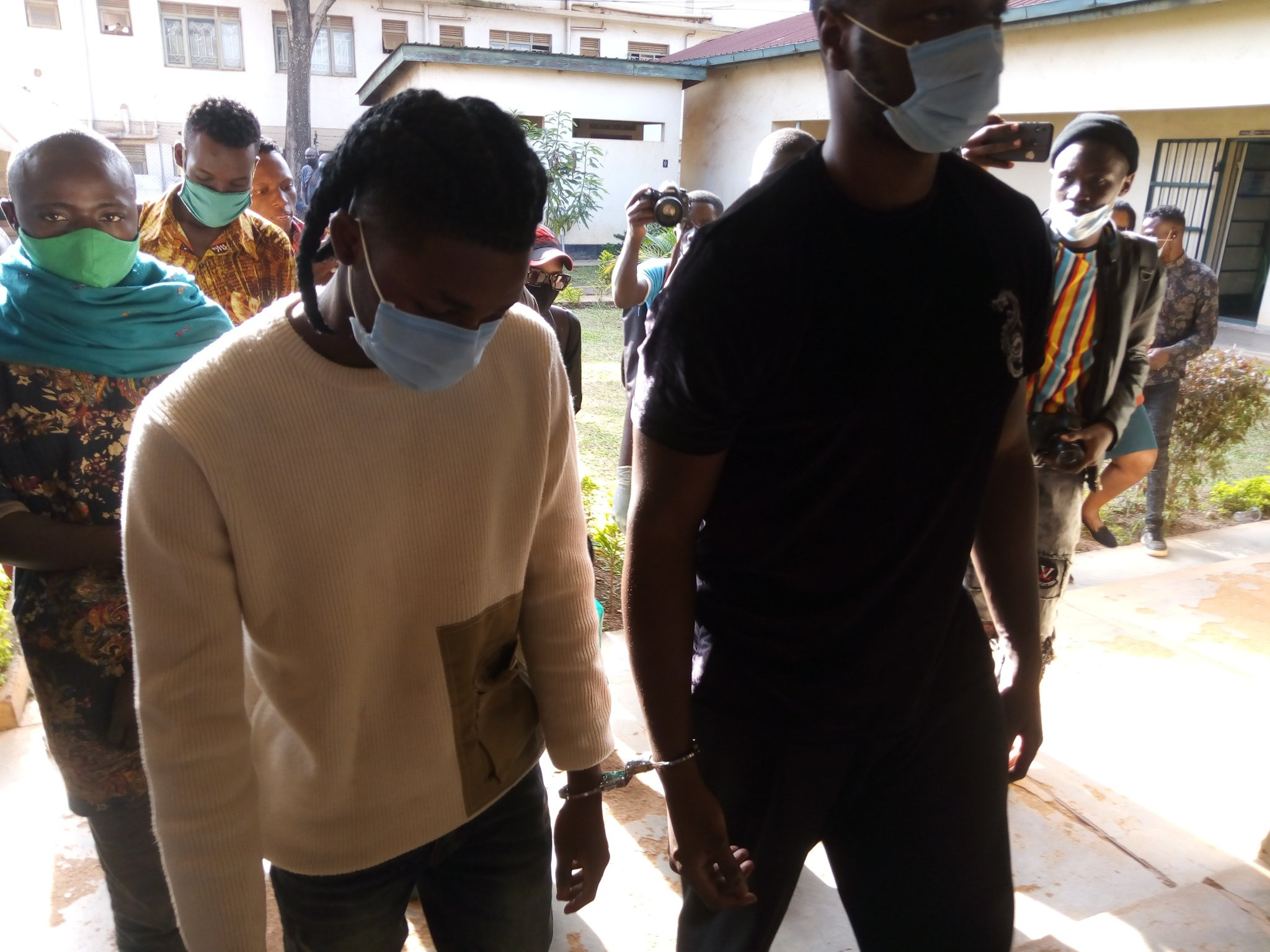 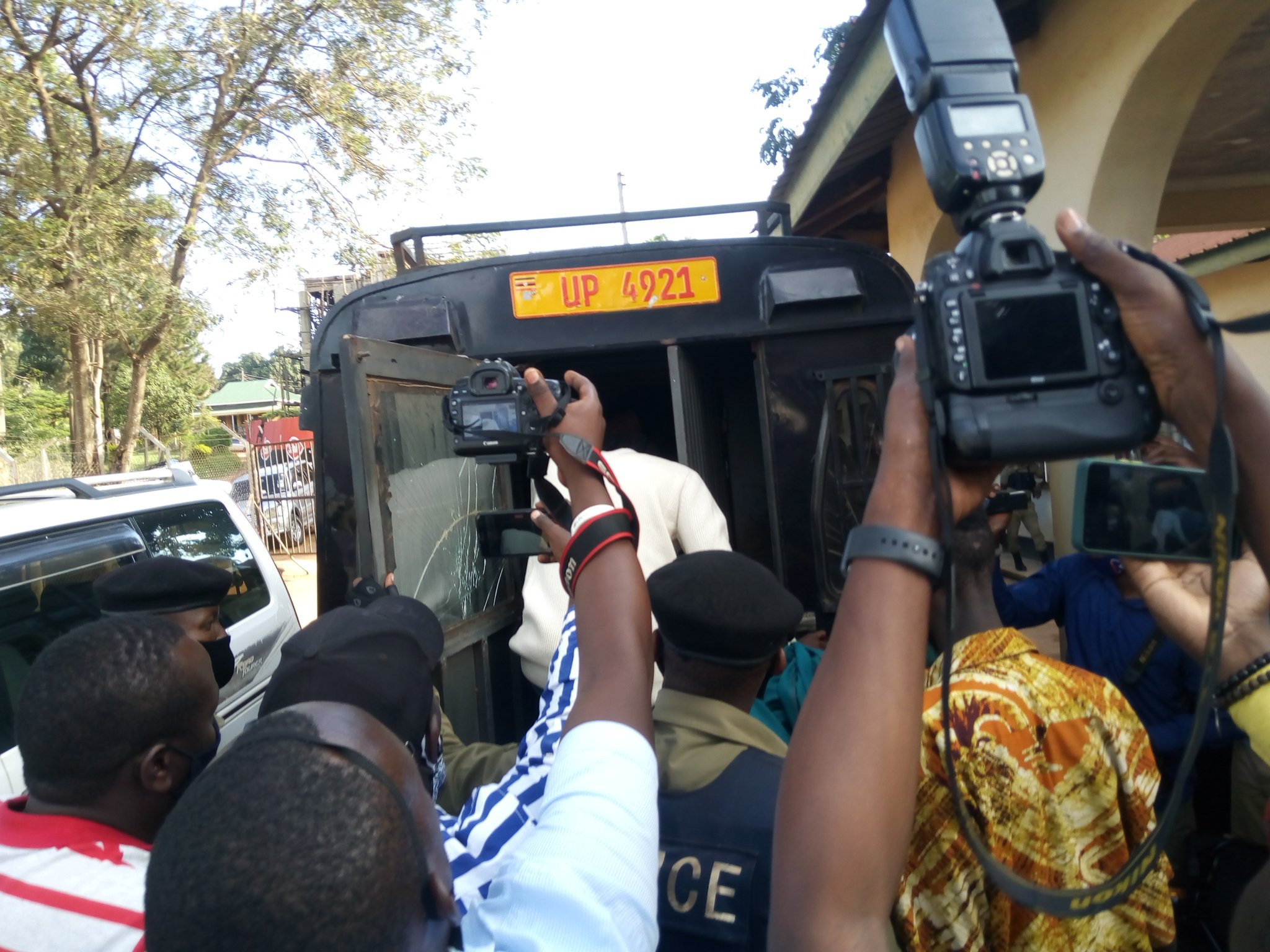