Embattled Nigerian Singers. Omah Lay And Tems have been reportedly remanded in Uganda’s Kitalya Maximum prison pending their appearance in court on Wednesday 16, 2020. The duo has been a subject of discussion across the continent following their arrest last Sunday after performing a live concert in the East African country. 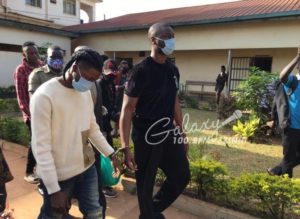 It is said that Omah Lay has been remanded in Kitalya prison, an infamous facility known for housing hardened criminals in Uganda. A tweet by one former Uganda social media influencer gave more light ti the nature of the prison that can be likened to Nigeria’s Kikiri facility. 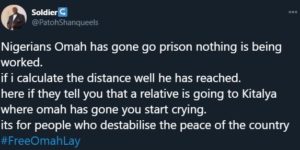 Nigerians Omah has gone go prison nothing is being worked. if i calculate the distance well he has reached. here if they tell you that a relative is going to Kitalya where omah has gone you start crying. its for people who destabilise the peace of the country 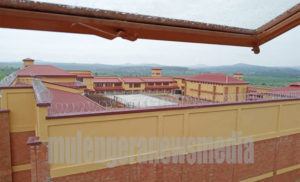 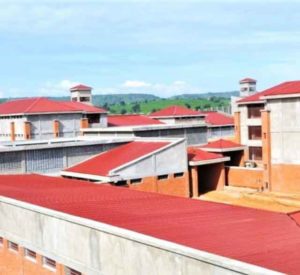 According to Wikipedia, The Kitalya prison is located in the village of Kitalya, in Busujju county, Wakiso District, off of the Kampala-Mityana Road, approximately 64 kilometres (40 mi) northwest of Luzira Maximum Security Prison. This is about 55 kilometres (34 mi) northwest of the central business district of Kampala, the capital and largest city in Uganda. The coordinates of Kitalya Maximum Security Prison are 0°26’09.0″N, 32°13’59.0″E (Latitude:0.435834; Longitude:32.233048).