Home Uncategorized Woman Gives Birth to quintuplets After 23 Years Of Childlessness; Stranded at...

A Nigerian woman who suffered for many years without a child has cried out after giving birth to five babies (quintuplets) and being detained at a hospital. 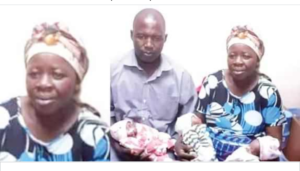 It was gathered that the woman, Mrs Abigail Musa, delivered five babies after 23 years of barrenness, but has been denied her freedom at the Fertile Ground Hospital, Zaramaganda Road, Jos, Plateau State, over an accumulated hospital bill of N3.7m.

According to a report by Punch, Abigail had been staying in the hospital for the past three and half months when the babies were born. 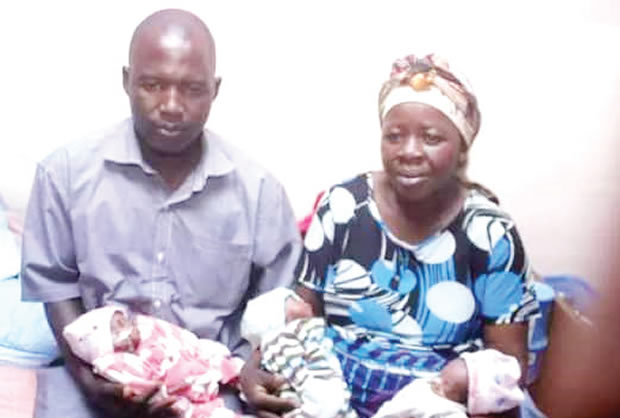 Also, two of the babies were said to have died.

Her husband, Mr Garba Musa, a pastor with the Church of Christ in Nations, told newsmen on Sunday that efforts to raise the bill and take his wife and the three surviving babies home had been abortive.

“My wife and the babies were discharged from the hospital about two days ago, but we could not go home due to the hospital bill.

“It’s really a big challenge, which we do not know how to handle because the outstanding money, which the doctor said must be paid before we leave, is N3.7m. This is just too much for us.”

Explaining how the hospital bill accumulated, the cleric said,

“My wife had been at the hospital for three months and three weeks. When she gave birth to the five babies through operation, they were premature, which necessitated that they put them inside incubators.

“My wife was charged N3,000 and each baby consumed N5,000 every day. Almost every two days, tests were run on the babies, which took N3,000. There were other charges also, and that was how the money amounted to such a huge amount.

“Although two of the babies could not make it, we thank God for everything. The hospital management said many people in the past who promised to pay after they were discharged, disappeared without a trace. We need help in our present situation.”

Garba, who described the birth of the babies as a miracle, recalled how people mocked him and his wife for the past 23 years over their bareness.

“At a point, some people advised my wife to divorce me; they also came to me and offered similar advice. It was not easy, but I thank God for my wife because whenever we were tempted to divorce, God gave us the grace to resist it,” he added.