Home SPORTS ‘Messi will be pushed out of Barcelona if he doesn’t accept pay... 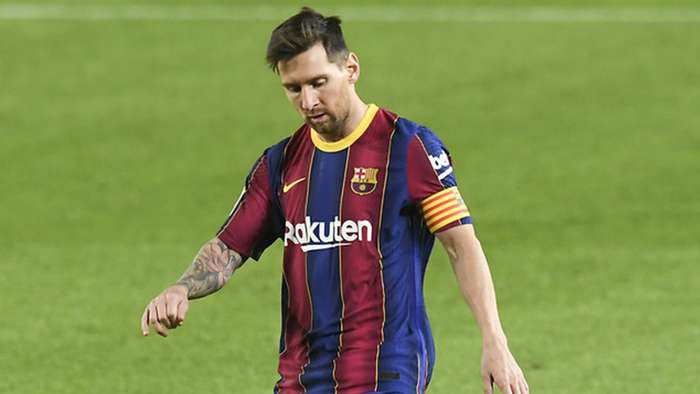 Barcelona presidential candidate, Emili Rousaud, has come out to discuss the future of the club’s superstar captain, Lionel Messi amid transfer speculation linking him with an exit.

Messi’s future remains an important topic at Barca after he handed in a transfer request following an unsuccesful 2019-20 campaign.

During the summer he almost joined Manchester City before opting to remain in Spain, due to legal disputes he would have entertained with the club had he decided to leave.

Rousaud, who is in the running for the presidential election which takes place on January 24 following Josep Maria Bartomeu’s resignation in October, discussed Messi’s future amid the coronavirus pandemic.

According to him, Messi who has less than 7 months on his contract, will leave Barcelona if he does not accept a pay cut.

“We’ll have to sit down with Messi and ask him to make a salary cut,” Rousaud told ARA.

“Right now, with things as they are, it’s unsustainable.

“We’ll ask him to make the sacrifice. If there’s no agreement, then Messi will leave.”

Rousaud added: “Messi has written the most brilliant pages in the club’s history. We have to honour our legends, but the reality is what it is.

“I believe that things have to be said as they are. We can’t fool our members. We’ll make every effort to ensure he stays, but always with the interests of the club first.”

Messi, 33, has scored 449 goals in La Liga and he is just one shy of becoming the first player to reach 450 with just one club in the top five European leagues.