Nollywood actress, Empress Namath has been a good example of a ‘good friend’ as she has continued to support her friend and colleague in the Nollywood industry, Ada Ameh. 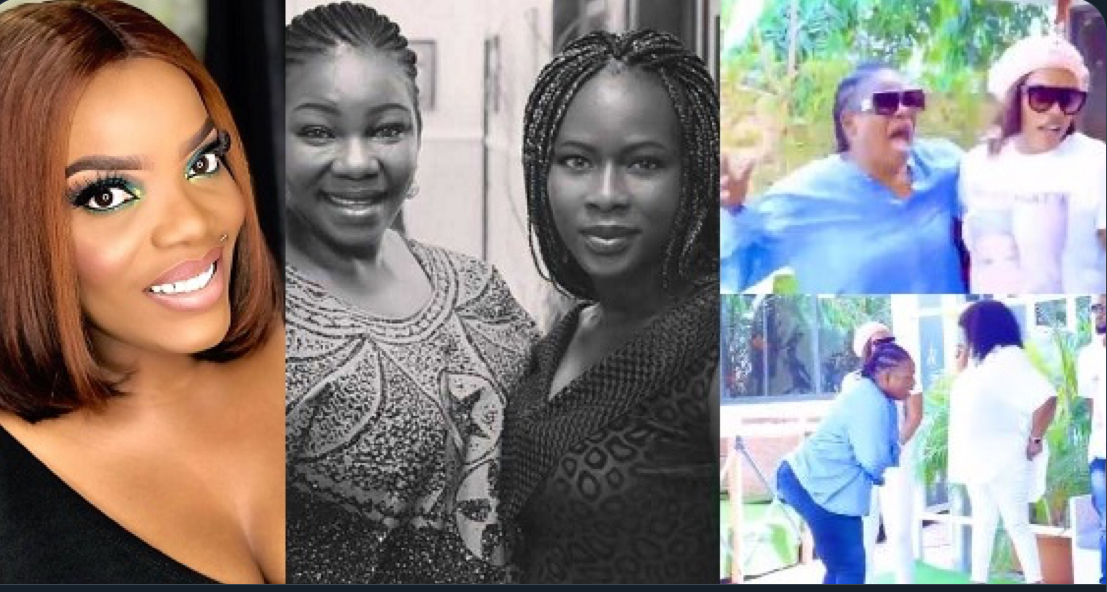 Ada Ameh, popularly known for her role in “The Johnsons”, who lost her only daughter and child to the cold hands of death in October, is yet to recover from the shock.

Her daughter’s posthumous birthday was Sunday, December 14, and Empress Njamah went all out to plan a surprise birthday party for her, which was attended by closed friends of the family.

The veteran actress took to Instagram to share a video of the surprise moment she walked in with the bereaved mother. In the emotional video, Ada Ameh couldn’t hide her tears as she broke down immediately she got to the venue.

Empress shared the video and and wrote in part,

“So yesterday was @lalas_touch BIRTHDAY @adaameh amazing daughter… had to plan this surprise over night, wasn’t easy though, but was glad I did, I called everyone here the night before and they came through.”

Watch the video below,

Empress has been commended by all and sundry for the selfless love she has shown her friend, since she lost her only child.

See some of the reactions, 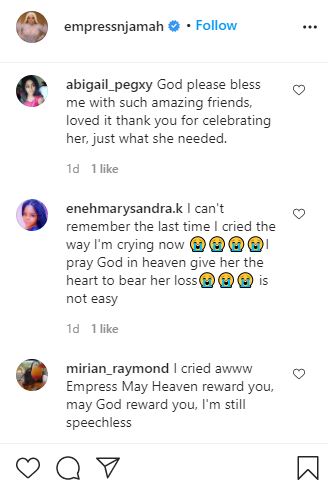 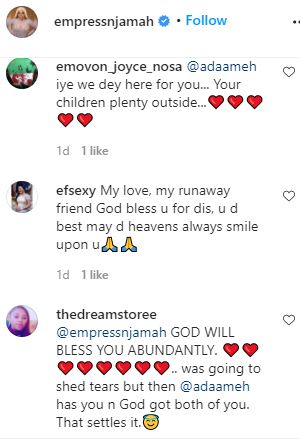 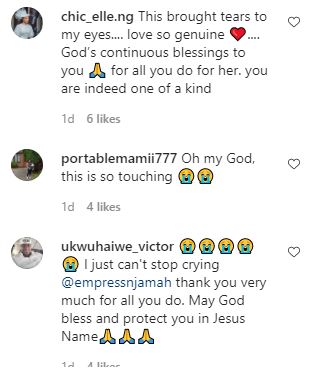