Home Uncategorized Davido announces a mega “DMW Live In Concert”: Everything you need to...

Nigerian artiste and owner of DMW label David Adeleke Davido on Saturday night announced that his label will host a mega live concert which will take place on December 28, 2020. 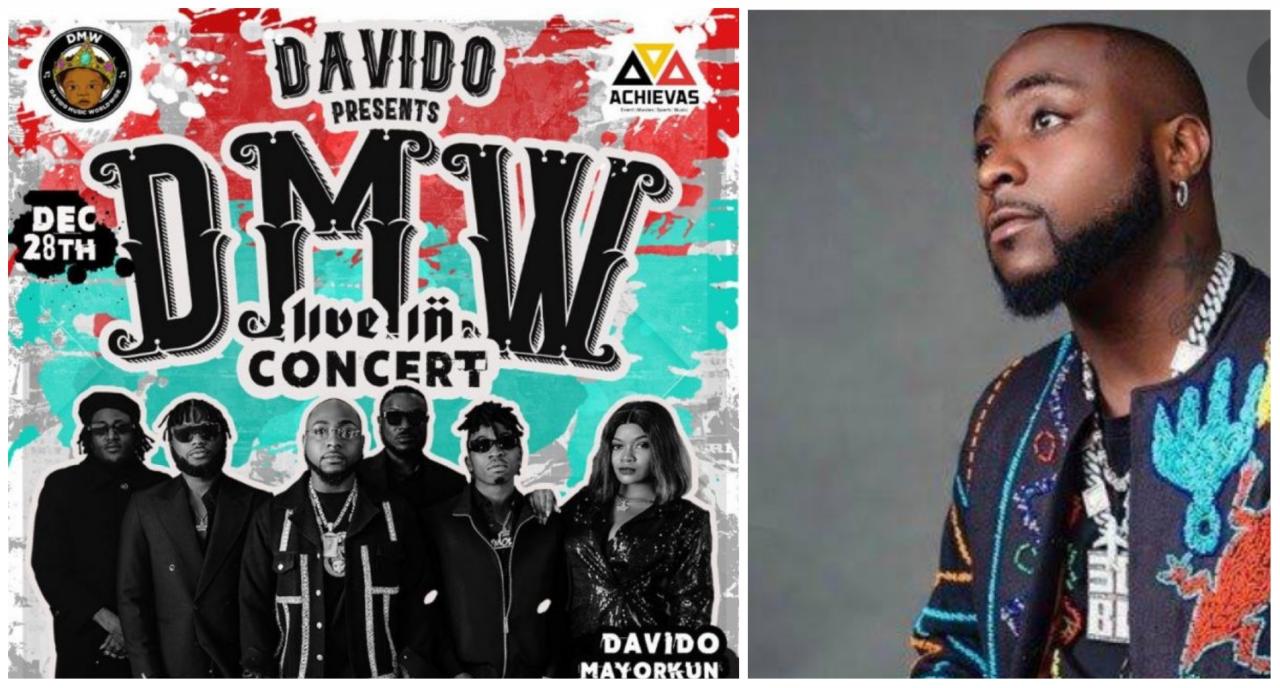 The mega concert is titled “DMW Live In Concert” which will feature the singer alongside his DMW record signees.

Davido in his statement revealed that is record label, Davido Music World DMW, have been planning to stage a similar event in the past but effort to make it happen proved futile.

He, however added that they have finally reached the plan to make their fans proud as he called his record label the hottest in Africa. 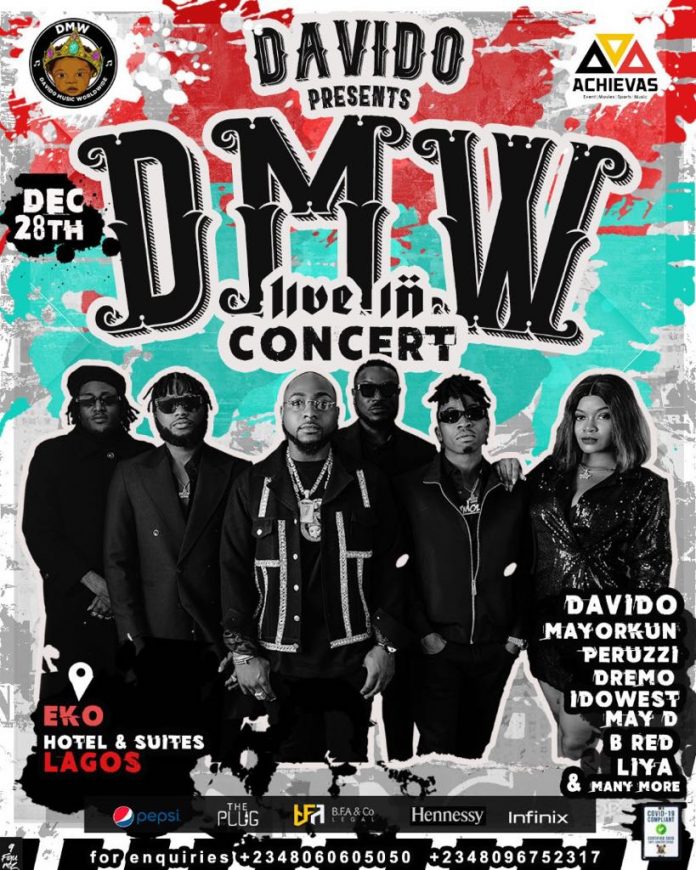 For the records, only the artistes signed to DMW Record Label are on the bill. These are Mayorkun, Peruzzi, Dremo, Liya, May D, B Red and Idowest.

See Davido’s statement below : “You know we’ve been wanting to do this for a long time but many reasons we’ve been unable to. Finally the time has come. Jungle don mature ! I present to you the hottest label in Africa DMW LIVE IN CONCERT! It’s gonna be a movie! See y’all on the 28th EKO HOTEL !!! 🔥🔥🔥“