Health experts have blamed the increasing incidence in cases of kidney diseases across the globe on unhealthy diets, particularly processed foods.

The experts were reacting to a new World Health Organisation’s report which revealed that kidney diseases are now the 10th leading cause of death globally. 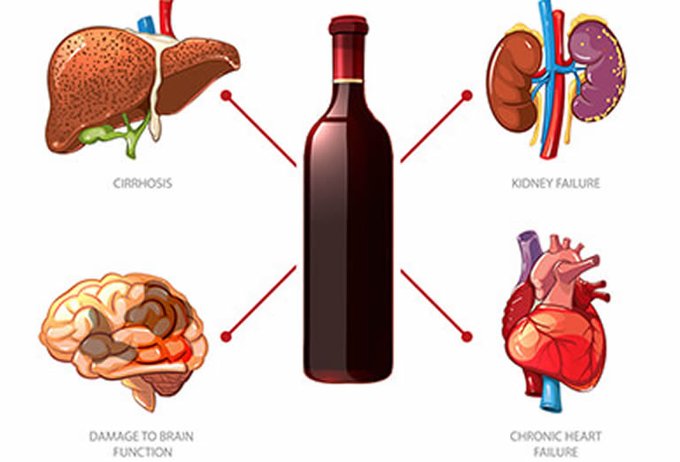 The report titled: ‘WHO’s 2019 Global Health Estimates’ published on Thursday, had revealed that kidney diseases have risen from the world’s 13th leading cause of death to the 10th.

The report noted that other diseases which were among the top 10 causes of death in 2000 are no longer on the list.

Speaking with a Consultant Nephrologist at the Lagos State University Teaching Hospital, Ikeja, Dr. Theophilus Umeizudike, identified an increase in cases of Type 2 diabetes which he blamed on the consumption of processed and unhealthy foods as a major cause of kidney diseases.

Dr. Umeizudike also blamed the rise on kidney diseases on hypertension and glomerulonephritis.

The nephrologist explained, “Globally, the cause mainly is because of the increase in Type 2 diabetes which is also rising in our environment.

“The reason why Type 2 diabetes is rising globally is because of people abandoning natural foods for processed foods.

The kidney specialist noted that kidneys diseases are on the rise in Nigeria.

“In our clime, we have a very young population that is prone to many infections and inflammatory conditions that can affect the kidneys.

“Oftentimes, the early signs of infection or inflammation of the kidney is silent. So, years down the line, these things begin to manifest.

“In sub-Saharan Africa, we have glomerulonephritis that affects the kidney. It causes kidney damage over months or years usually within a period of five to 10 years. There are viral infections like hepatitis B, C and HIV that cause kidney diseases.

“Another cause is that many of these young people do not have access to affordable healthcare. So, they resort to alternative therapies like the herbal remedies which can damage their kidneys.

“Again, we have a predisposition to coming down with kidney diseases as people of Africa origin because of gene mutation”, he said.

On how people can avoid coming down with kidney diseases, the nephrologist enjoined them to embrace a healthy lifestyle and to go for regular health checks for early detection and proper management of the condition.

Dr. Umeizudike explained that when people keep living on processed foods, the tendency to come down with kidney diseases are high.

“Eating processed foods pushes people to Type 2 diabetes and increases the risk of kidney diseases later on in life”, he reiterated.

According to him, for someone to know whether he has a kidney issue, the person must go and do a test, adding that without a medical test, kidney diseases cannot be detected.

He said, “Medical test is very important because the early form of kidney disease is completely asymptomatic. Once people start having symptoms of kidney disease, it means that it has advanced which will then require dialysis or transplant.”

He pointed out that everybody should be worried about kidney diseases, assuring however that the risks of kidney diseases could be reduced or avoided through regular health checks and maintaining a healthy lifestyle.

According to him, people in their 20s are coming down with kidney diseases.

Also, a Registered Dietitian-Nutritionist, Cynthia Onyekwere said that unhealthy diet was a major contributing factor to the onset of kidney diseases.

The dietician explained, “For one to keep kidney diseases away, it is important to pay close attention to his/her diet and make some dietary adjustments by mainly reducing intake of certain foods that can affect renal function negatively.

“One of such foods to be reduced is salt. Salt contains sodium which when consumed in excess can cause high blood pressure which can lead to kidney damage.

“To achieve a reduced salt intake, one can start by reducing the amount of salt and stock cubes used in cooking, stop adding salt to meals when eating, limiting intakes of pastries and salty snacks.

Speaking further, Onyekwere noted, “Too much intake of protein can damage the kidneys. Although protein is required for the repair of worn-out tissues and build-up of new ones, when consumed excessively, it is harmful to the kidneys. This is because it is the kidney that helps the body to get rid of the waste products that are generated after digestion of protein.

“Eating too much protein will place more burden on the kidneys and this can progressively cause damage. People also need to be wary of herbal concoctions to ensure optimal renal function. Herbal concoctions or alcohol extracts contain substances that may be toxic to the kidneys.”

Side Effects Of Cooking With Red Palm Oil Regularly, You Should Know

How Does S8x Affect Your [email protected]

6 Warning Signs Of HIV Infection In Men And Women

Medical Conditions That Can Be Managed By Taking Sugarcane Regularly