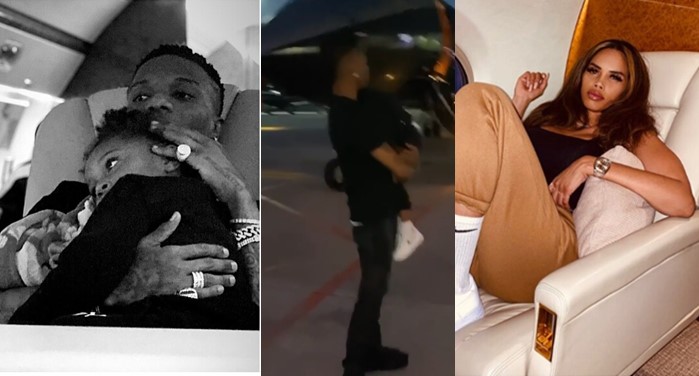 Ace Nigerian singer and label boss, Ayodeji Balogun better known as Wizkid has returned to Nigeria just in time for the festive season after being away in the United Kingdom for months.

The award-winning musician dropped the hints via his Insta-story that he was on his way home.

The Joro crooner has been in London over the past couple of months, where he also joined the End SARS protest which happened in October.

Wizkid, however, did not embark on the trip back home alone as he returned with his third baby mama, Jada Pollock and their son, Zion.

A video he shared on his Insta captured the singer with his little boy warmly tucked in his arms as they stood on the airport tarmac.

Also, the music star’s baby mama, Jada, who also doubles as his manager took to her Instagram stories to reveal that she’s on her way to Nigeria.