A major crisis is brewing in the Edo state chapter of the Peoples Democratic Party (PDP) following Governor Godwin Obaseki’s alleged push for the dissolution of the party’s executive. 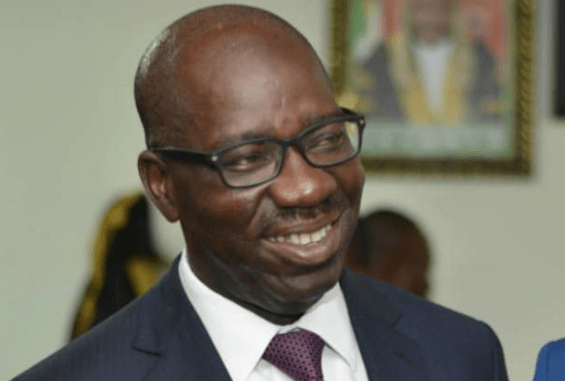 Blueprint gathered that the governor and persons who defected with him to the PDP feared that allowing the party structure as presently constituted would amount to “political suicide.”

The governor is alleged to be mounting pressure on the party’s National leadership for the dissolution in order to bring in those loyal to him into the leadership structure of the party.

Obaseki joined PDP in June 2020 after his former party, the All Progressives Congress (APC) disqualified him from contesting the state governorship primary over alleged academic qualification.

He thereafter flew the PDP’s ticket and emerged victorious at the September 19 governorship poll.

Three governorship aspirants of the PDP at the time stepped down for the governor at the time to pave way for a smooth primary.

However, the move for the dissolution is said to have pitched the PDP leaders against the governor – many of whom have argued that the current executives were inaugurated only on February 14, 2020.

Besides, the recent announcement of Barrister Osarodion Ogie as Secretary to the State Government was said to have angered some party leaders whom had requested that the position be reserved for “old PDP” members to reflect an all inclusiveness.

A leader of the party in Edo South senatorial district who craved for anonymity said: “The governor’s action is unfair to Edo PDP considering how we clothed him when Oshiomhole’s APC humiliated him out of the guber race.

“Now, he has won and want to push those who rallied round him… Himself, deputy governor and the SSG were defectors from APC and they are riding on the goodwill of PDP.

“Yet they want a properly and legally constituted party excos dissolved. We won’t allow it,” the chieftain said.