Nigerian afrobeat legend, Damini Ogulu a.k.a Burna Boy is the latest celebrity to own a Richard Mille wristwatch. 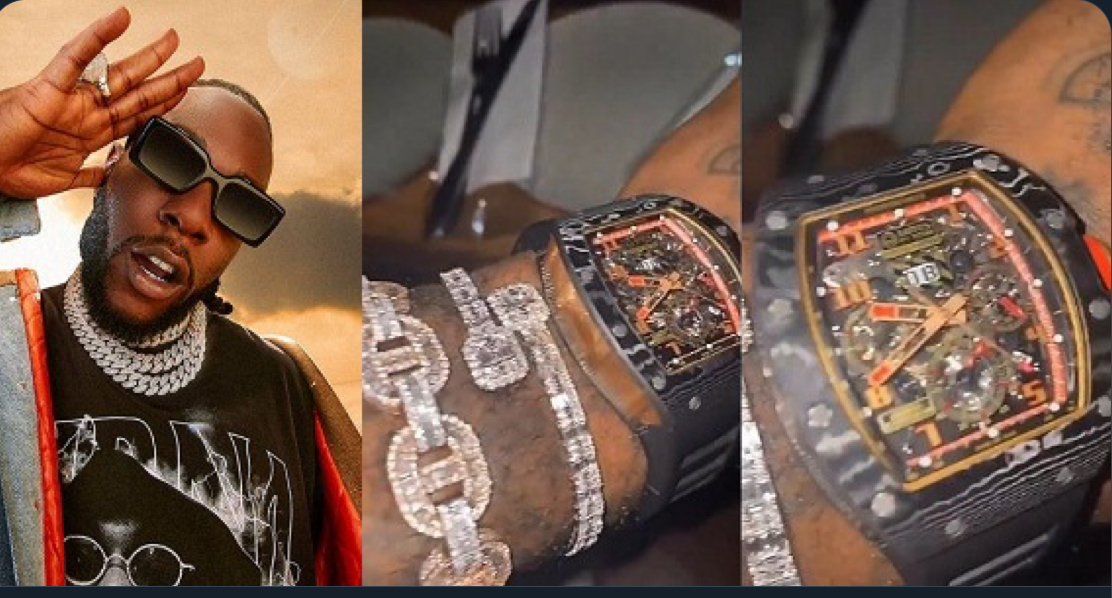 The two-time grammy nominated artiste took to his social media to showoff his newly acquired Richard Mille wristwatch worth over ₦50Million.

The “Twice As Tall” album owner and “On The Low” crooner definitely had a good year as he got nominated and won several prestigious awards.

Watch video as shared by the ‘African Giant’ below;