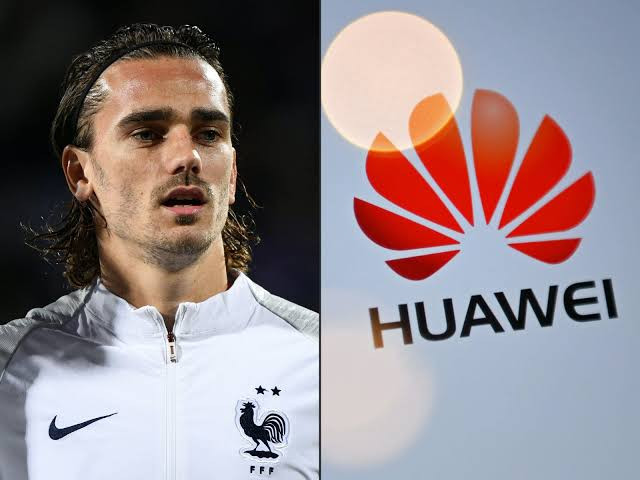 France and Barcelona forward, Antoine Griezmann on Thursday, December 10, ended his business affiliation and endorsements with Mobile Phone giants, Huawei, saying there are “strong suspicions” that the Chinese owned company has contributed to the repression of the mostly Muslim minority Uighurs.
It comes after a report in the Washington Post earlier this week alleged that Huawei had tested software capable of sending automated alerts when surveillance cameras recognised members of the mainly Muslim minority Uighur group.

The facial recognition software is reportedly intended to detect Uighurs and report them directly to the chinese government.

Following the reports, Griezmann, a global brand ambassador for Huawei, who has appeared in advertisements promoting the company’s smartphones, has terminated his contract urging the company to deny or confirm the reports.

“Following strong suspicions that the Huawei company has contributed to the development of a ‘Uighur alert’ thanks to facial recognition software, I am announcing the immediate termination of my partnership with the company,” Griezmann said in an Instagram post on Thursday, October 10. 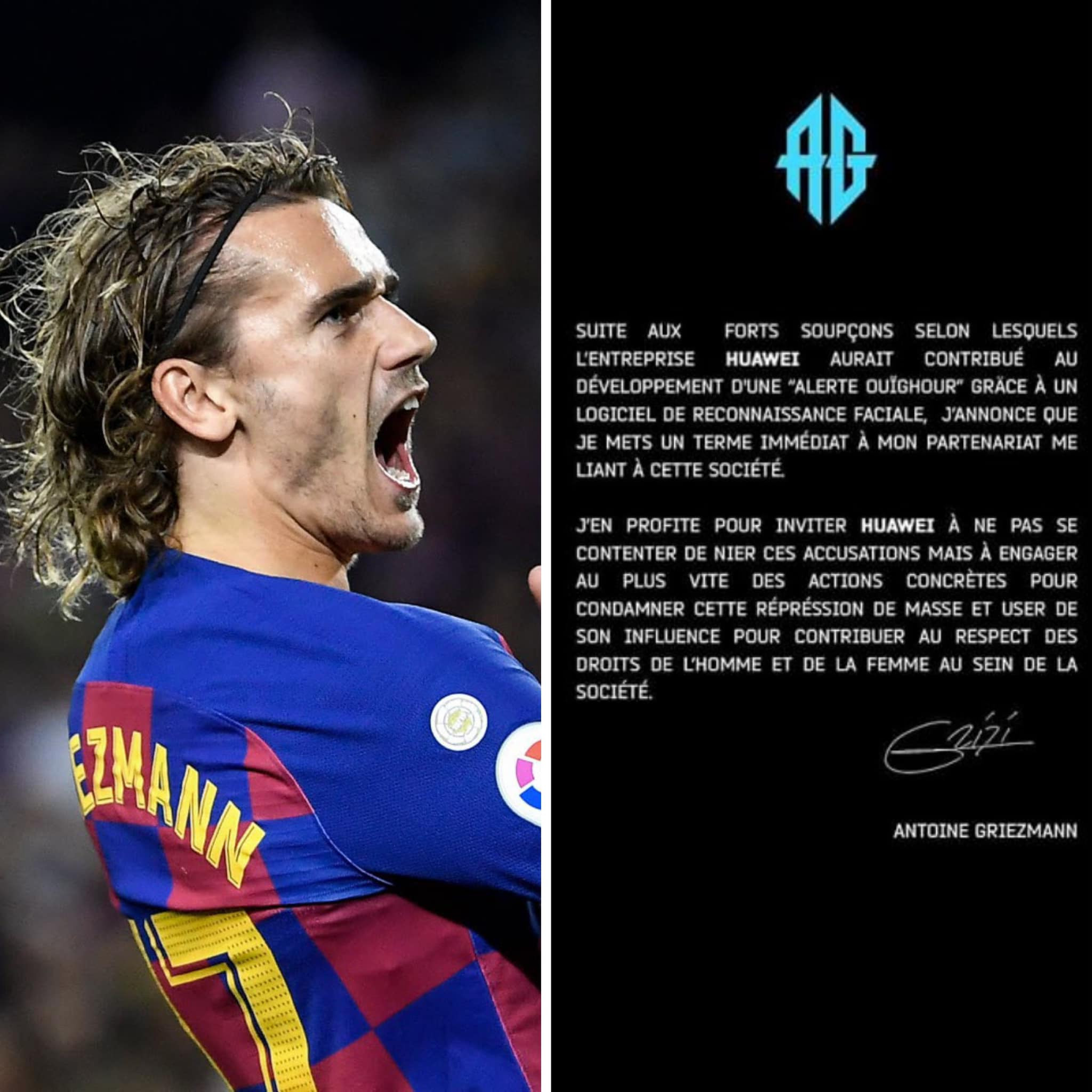 “I take this opportunity to invite Huawei to not just deny these accusations, but to take concrete actions as quickly as possible to condemn this mass repression, and to use its influence to contribute to the respect of human and women’s rights in society.”

A Huawei spokesperson, in response to Griezmann’s statement said: “We would like to extend an invitation to speak to him personally, to explain the work that is currently being done at the highest level, inside the company, to address the issues of human rights, equality, and discrimination at all levels.”

Addressing claims that Huawei tested a facial recognition system to detect Uighurs and send alerts to authorities, the spokesperson added: “It is not compatible with the values of Huawei. Our technologies are not designed to identify ethnic groups. Non-discrimination is at the heart of our values as a company.”

Messi hits another Champions League landmark with goal against Benfica

INT VS BAR: 3 Worst Mistakes Made My Xavi In The Starting Lineup

‘Everyone who has receipts is dead’ – Rapper, Mase responds after...