Boxing Heavyweight champion, Anthony Joshua and his challenger Kubrat Pulev nearly came to blows on Friday, December 11, 2020 as they weighed in, ahead of Saturday’s world title fight. 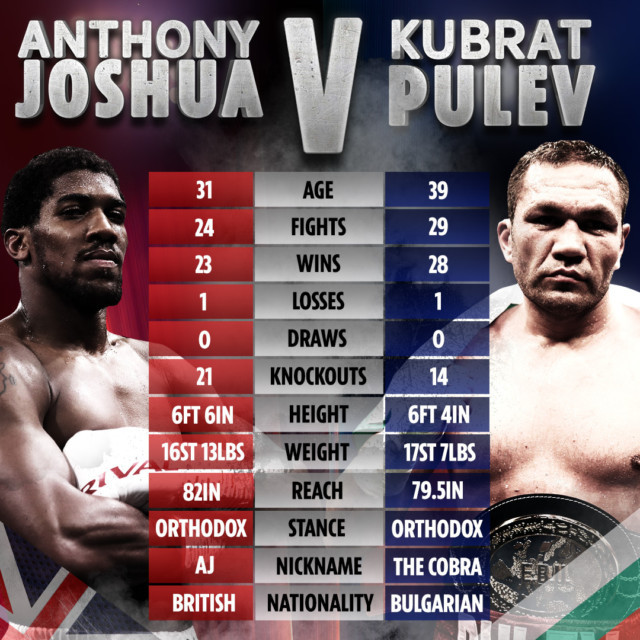 Pulev and Joshua stood face to face shouting, while Joshua waved his finger towards Pulev- as security personnel had to intervene.

Pulev, who will challenge for Joshua’s IBF, WBA and WBO world titles, said: “I told him I respect him so much but I’m a better boxer and tomorrow I’ll show him.

“I think he didn’t like that. But times change, no-one can stay the same. He is world champion now, the last day for him. I don’t hate him, I tell him I respect him. But I have so much energy, I’m so powerful and I’m hungry.”

Speaking to Sky Sports, Joshua, 31, said he could not repeat what he said to Pulev on television, adding: “Many years I’ve been in boxing and seen a lot fighters talk a lot of rubbish, then they get smacked up.

“I would have just clapped him in his jaw there and then, but I have to wait until tomorrow,”

“I know what he’s like, I have studied him. He thinks he’s a warrior. I said ‘don’t let the guys you’ve fought gas you up, you’re in with a real one now’.

“When people come in the ring with me they are confident and then after a few rounds their soul gets destroyed. When I see that I can take them out.”

Bulgarian Pulev weighed in at 239.7lbs – a 9lbs drop from his last fight while Joshua was 4lbs heavier than when he faced Andy Ruiz Jr in December 2019, weighing 240.8lbs.

If Joshua wins he will have an undisputed  clash with fellow British fighter Tyson Fury in 2021, where all four world heavyweight titles could be contested for the first time in two decades.

Around 1,000 fans will watch the fight, with reports saying Joshua will earn about $10m from the fight.

Watch the videos of the clash between Joshua and Pulev below.