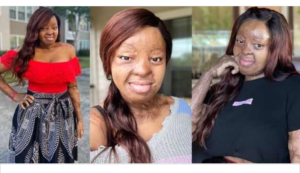 Taking to social media 15 years after, 31-year-old America’s Got Talent alumna and motivational speaker Kechi Okwuchi, took to Twitter to express gratitude at being alive today.

2020 has been a harsh reminder that life & death are 2 sides of the same coin and today, the 15th anniversary of my accident, I am extremely humbled by this fact. As I continue to live for the lives lost that day, I will also live with new gratitude for life itself.