A Nigerian man identified as Big Daddy has been exposed on Twitter after he flaunted an apartment on his page, and claimed it was his house. 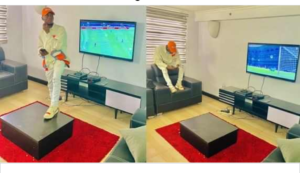 Big Daddy had shared photos of the apartment on Twitter where he excitedly claimed that he just got an apartment at a young age of 21. 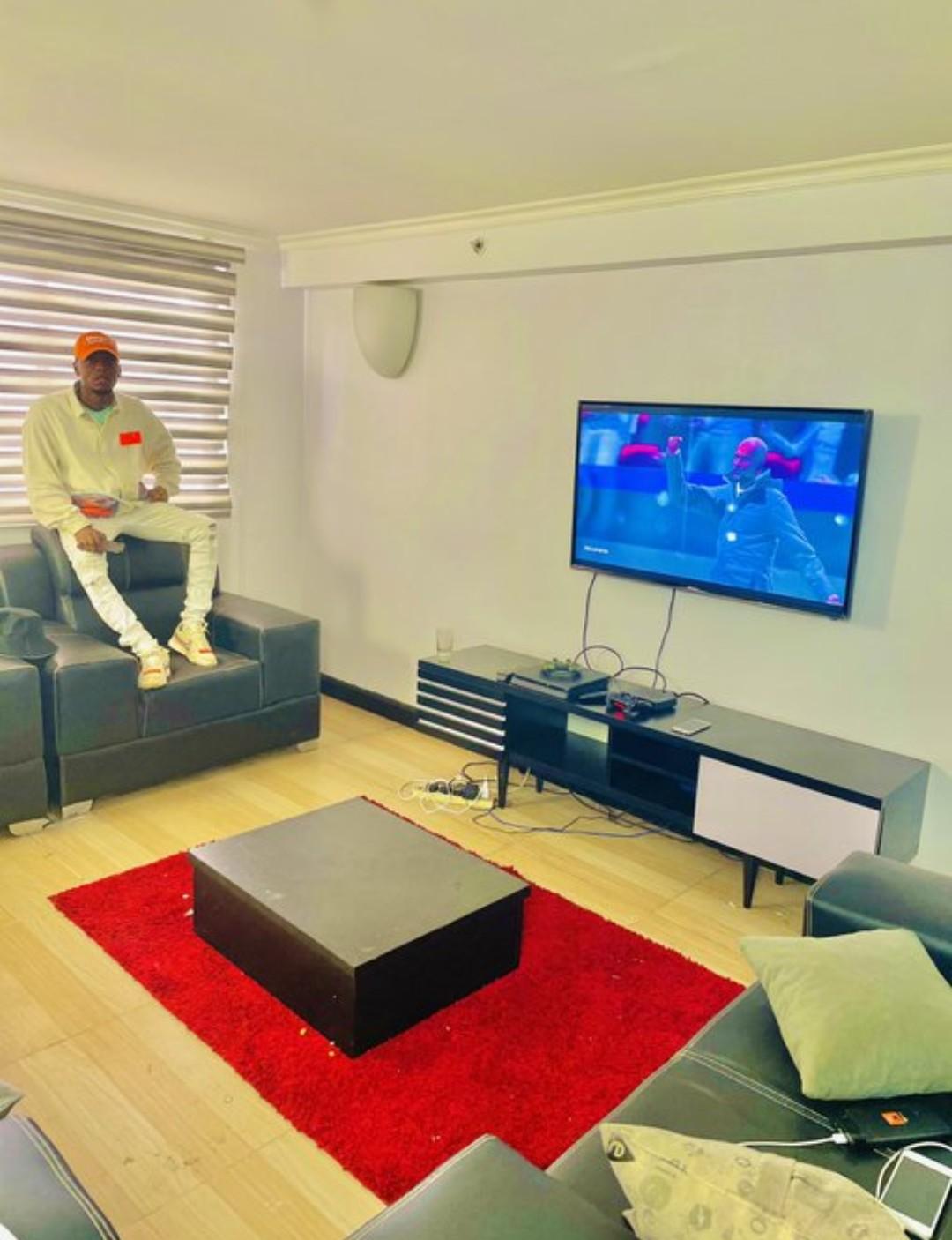 “Your house? This is a short let apartment at Festac na (Festival mall) Dem dey rent am, 30k a day”, the Twitter user wrote 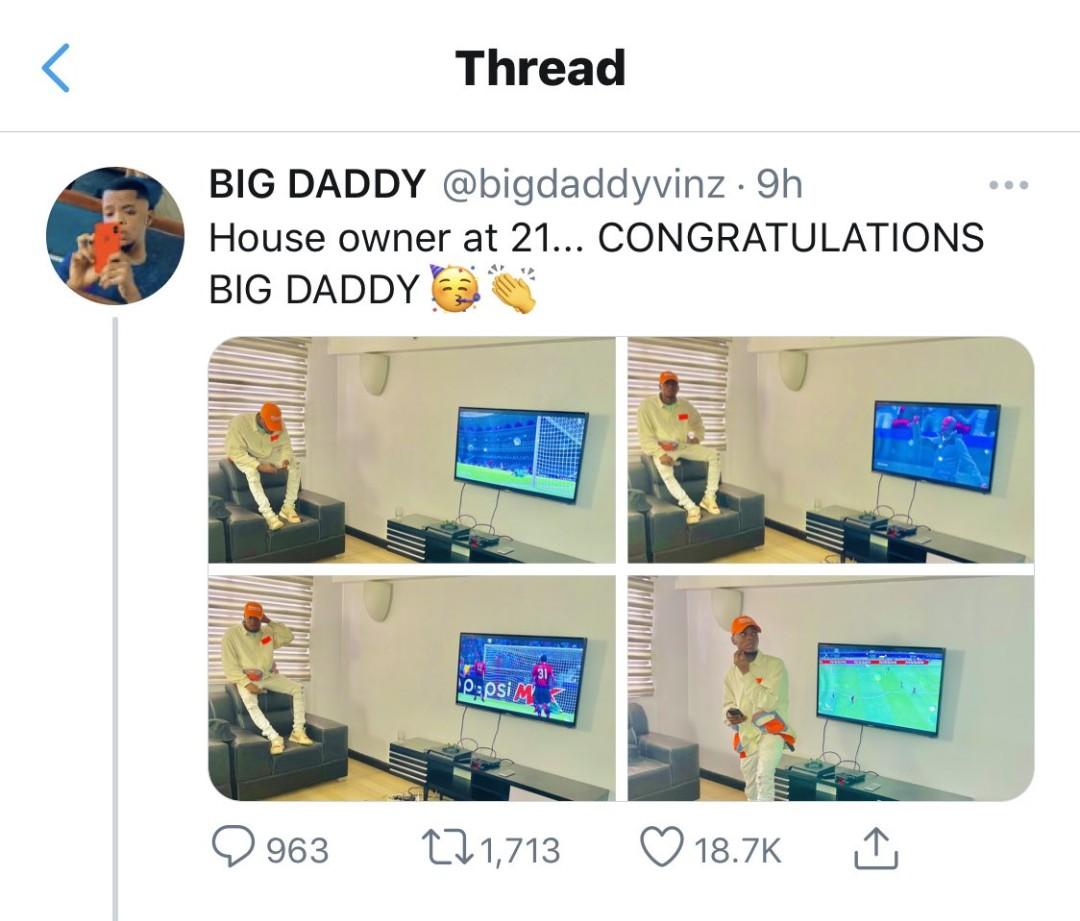 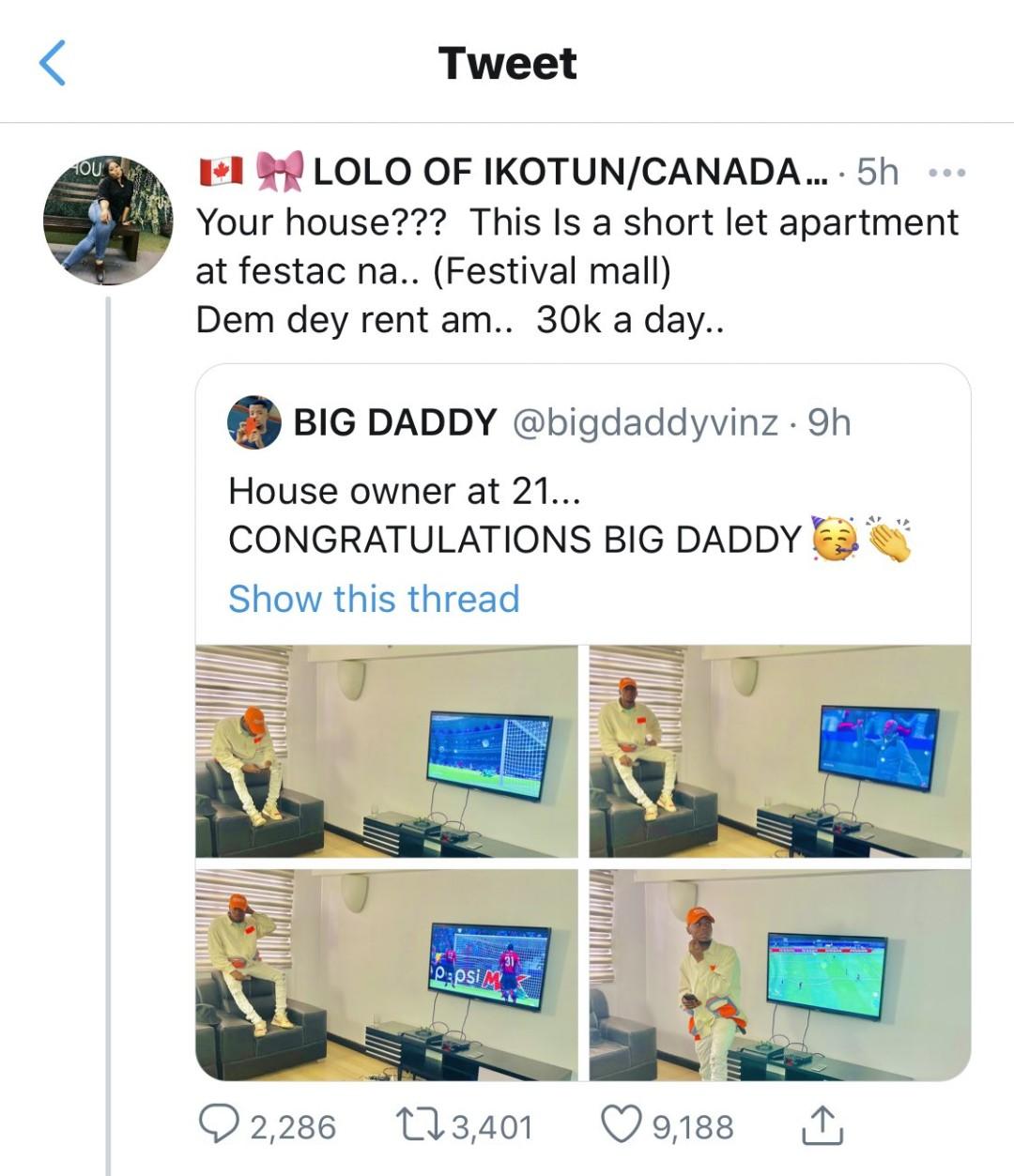