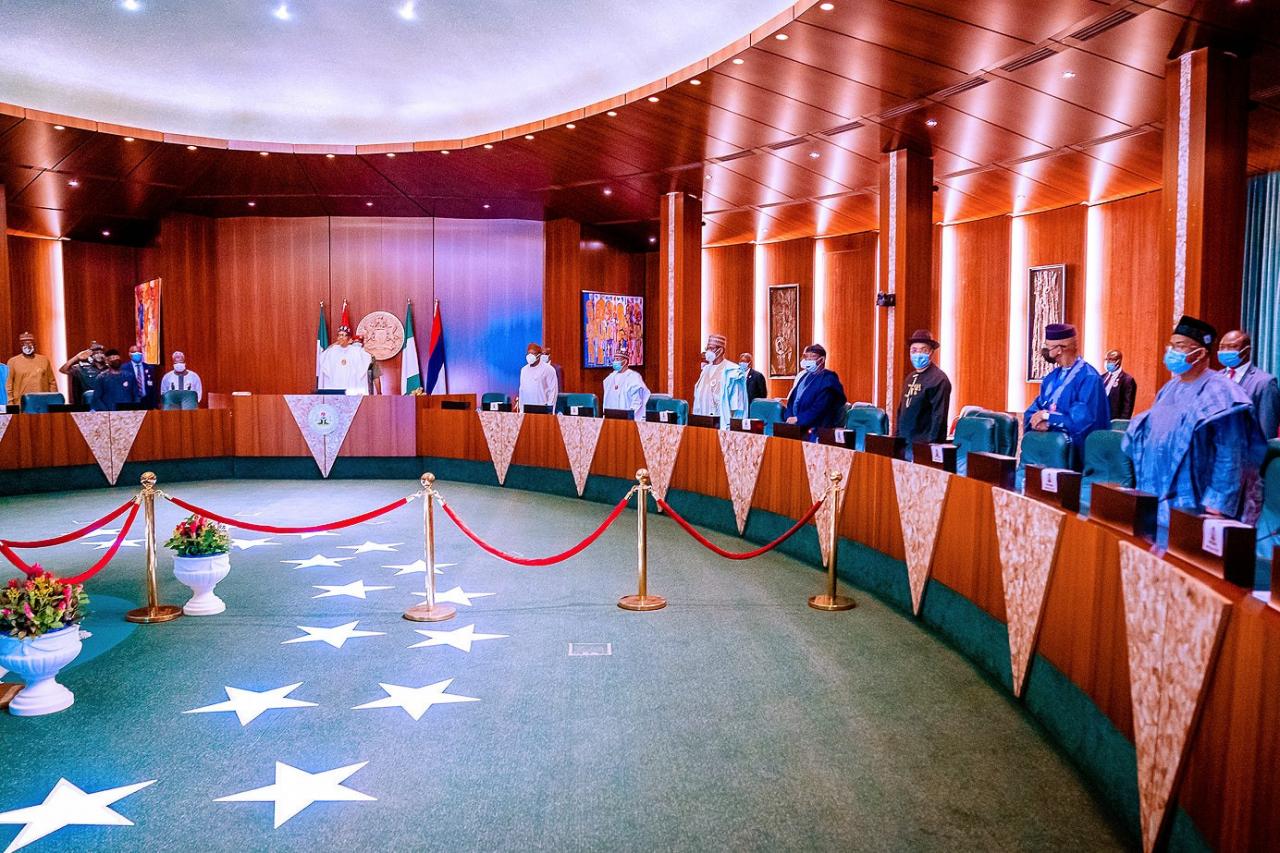 President Buhari has said that the Nigerian land borders that have been closed since August 2019, will soon be reopened.

The President stated this when he met with the 36 state governors in the state house Abuja today, December  8. At the meeting, President Buhari briefed the governors on the measures his administration is taking to curtail the deplorable state of insecurity.

The President informed the state governors that his government has invested heavily in weapons and equipment for the military and that his administration will continue to support the military in its fight against criminality.

Regarding the closed borders, the President said the closure of the land borders was partly an attempt to control the smuggling of weapons and drugs and that since the message has sunk in with our neighbors, the government was looking at reopening the borders as soon as possible.

President Buhari via his Twitter handle gave a brief summary of the outcome of his meeting with the state governors. It reads

”We are investing heavily in weapons and equipment for our military. They have already received armoured cars and other equipment, and aircraft, and more will come in. We will continue to give them all the support they need to fight criminals. We must and will secure Nigeria.

Intelligence-gathering is also very critical to ensuring lasting security in Nigeria. In this regard, everyone has a role to play, in addition to the security agencies: Governors, traditional rulers, community leaders, citizens. We must all work to boost intelligence-gathering.

In my meeting with State Governors today I explained that the closure of Nigeria’s land borders was partly an attempt to control the smuggling in of weapons & drugs. Now that the message has sunk in with our neighbours,we’re looking into reopening the borders as soon as possible.”he said 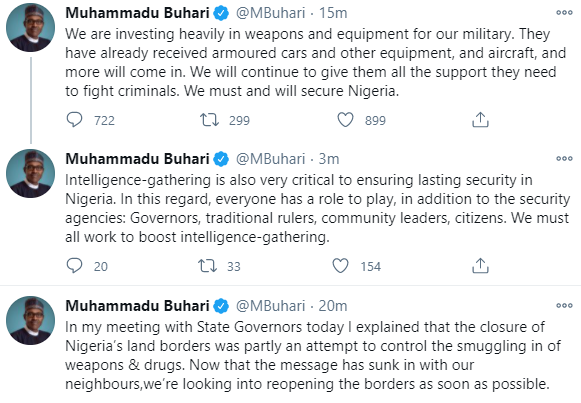