The president circumvents rendering accounts for his handling of national security, especially his defiance to sack service chiefs.

President Muhammadu Buhari has backed out of a meeting with members of the House of Representatives, Peoples Gazette can report based on emerging information from the presidency and parliament. 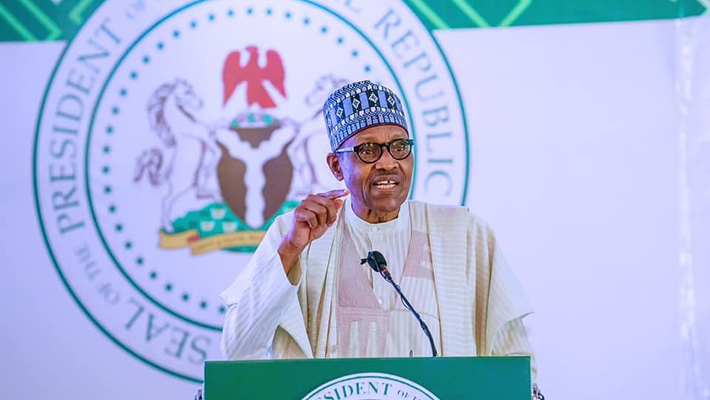 The president was initially scheduled to meet with House members to take questions about his administration’s handling of security, as widespread kidnapping, armed banditry and Boko Haram deadly exploits heightened fears of a beleaguered national security leadership.

Speaker Femi Gbajabiamila announced last week that the president had agreed to meet with the House in the wake of the horrific massacre of scores of farmers in Nigeria’s war-ravaged Borno.

The president’s meeting with parliamentarians was scheduled for December 11, during which he would be taking questions from enraged and, mostly young, lawmakers.

But the meeting has now been called off, sources told the Gazette, amidst fears that the president could be exposed as too frail to govern or not mentally-aware at worst.

Earlier on Tuesday, presidential sources said, some top allies of the president, led by Nasir El-Rufai, had taken on Mr. Gbajabiamila during an APC national caucus meeting with the president, multiple sources at the meeting said.

They accused the Speaker of losing control of the House, saying he should not have agreed to let the president be railroaded into a meeting with all lawmakers to give accounts of his leadership amidst widespread chaos.

“The president was at the meeting, but he said nothing, which showed that he supported El-Rufai’s scolding of the Speaker,” a presidential source said.

The cancellation would now allow the president to circumvent rendering accounts for handling of national security, especially his enduring defiance to sack service chiefs who are largely deemed incompetent.