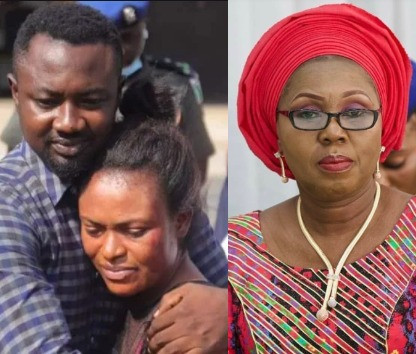 Ondo state first lady, Betty Anyanwu-Akeredolu, has reacted to reports of the reconciliation of Channels TV reporter, Pius Angbo and his wife, Ifeyinwa.

Ifeyinwa, a medical doctor, over the weekend shared a video online in which she accused Pius, a Channels TV correspondent based in Benue, of constantly subjecting her to acts of domestic violence in their six years of marriage.

Reacting to the development via her social media handle, Mrs. Akeredolu said it is the responsibility of women to raise their sons to respect women. She went further to point out that wives are not the rehabilitation centers for their ”badly raised husbands”. 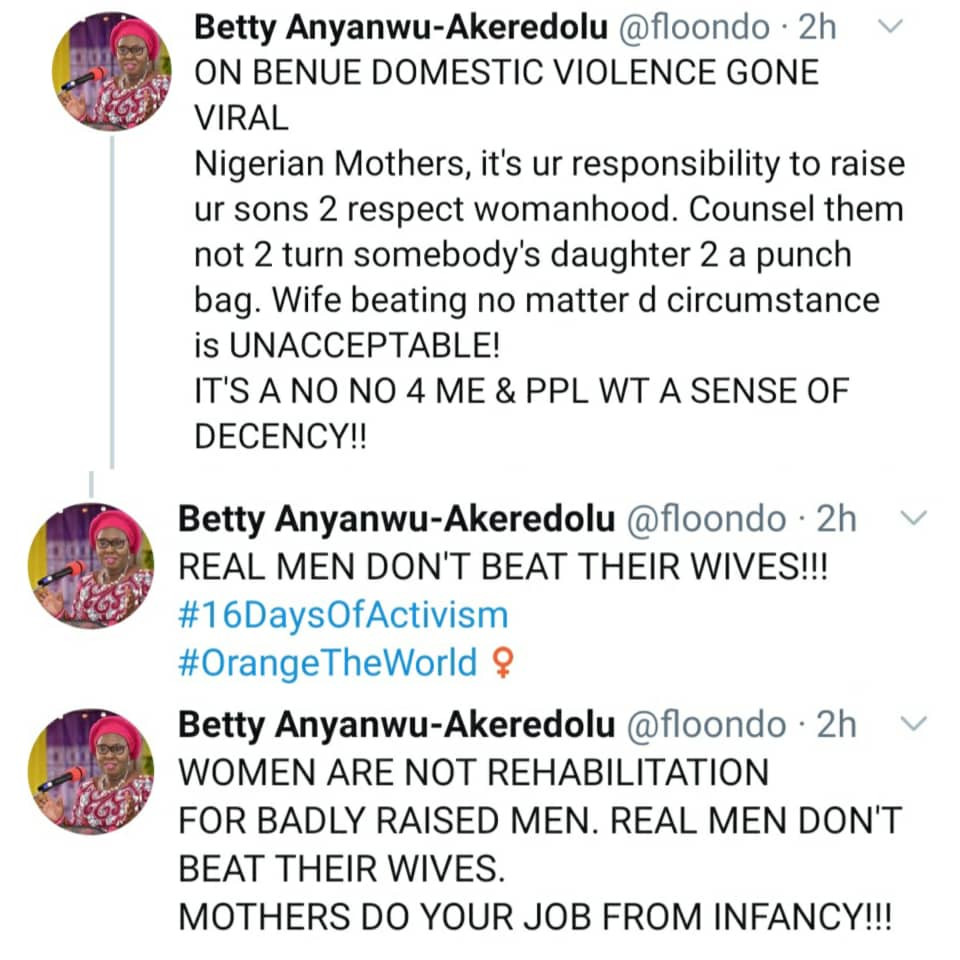 Mrs Akeredolu went on to ask if there wouldn’t be any consequences for the man’s beastly act. 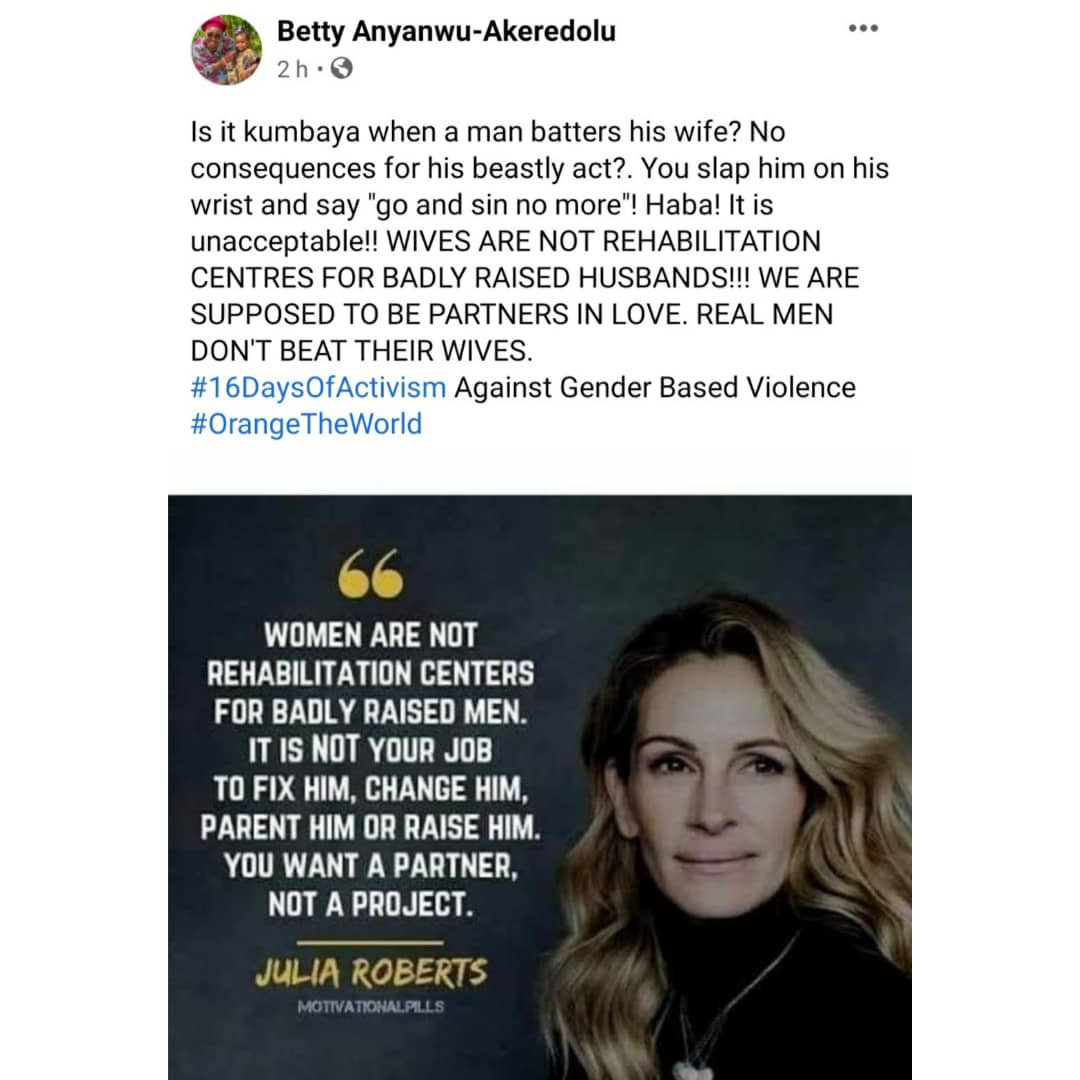 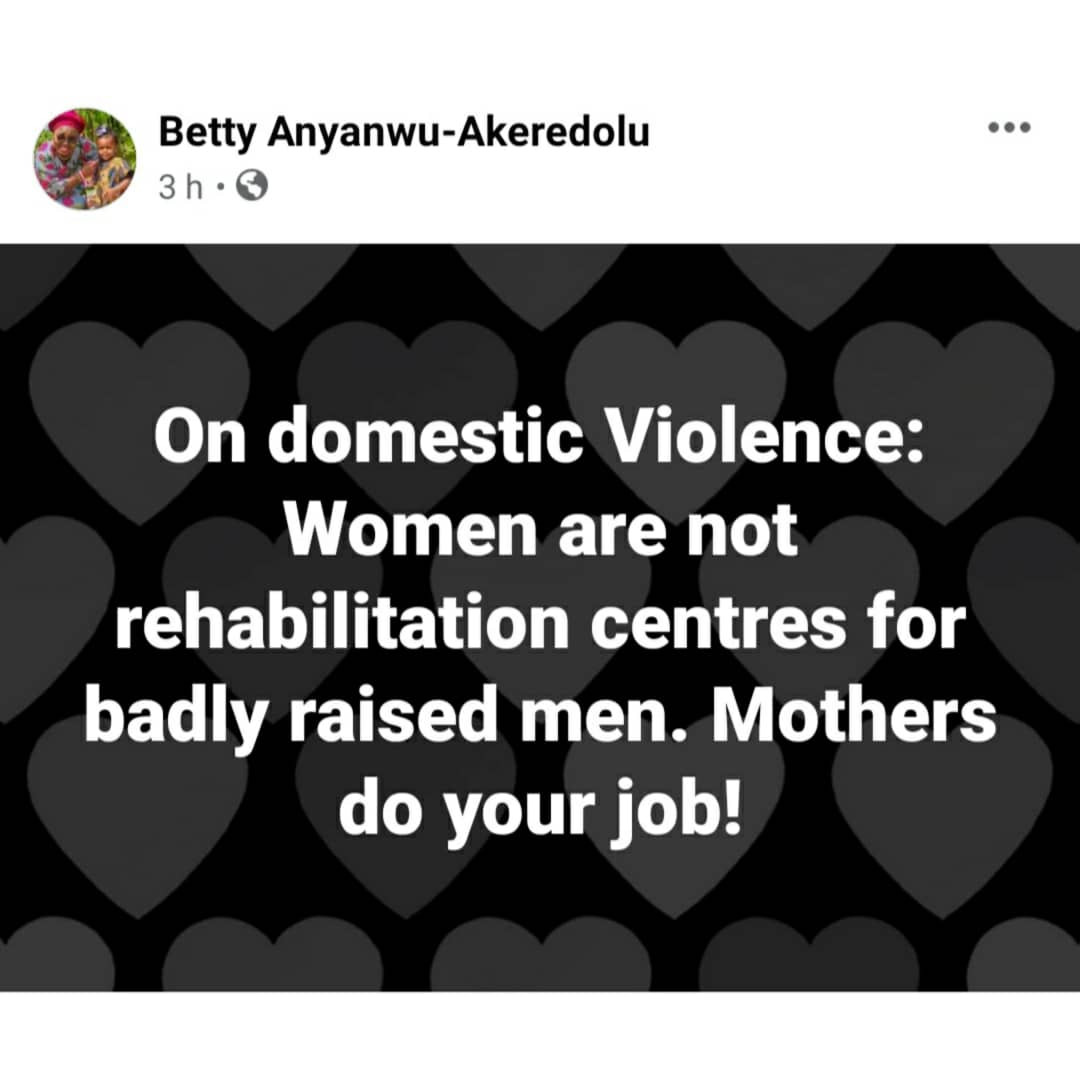 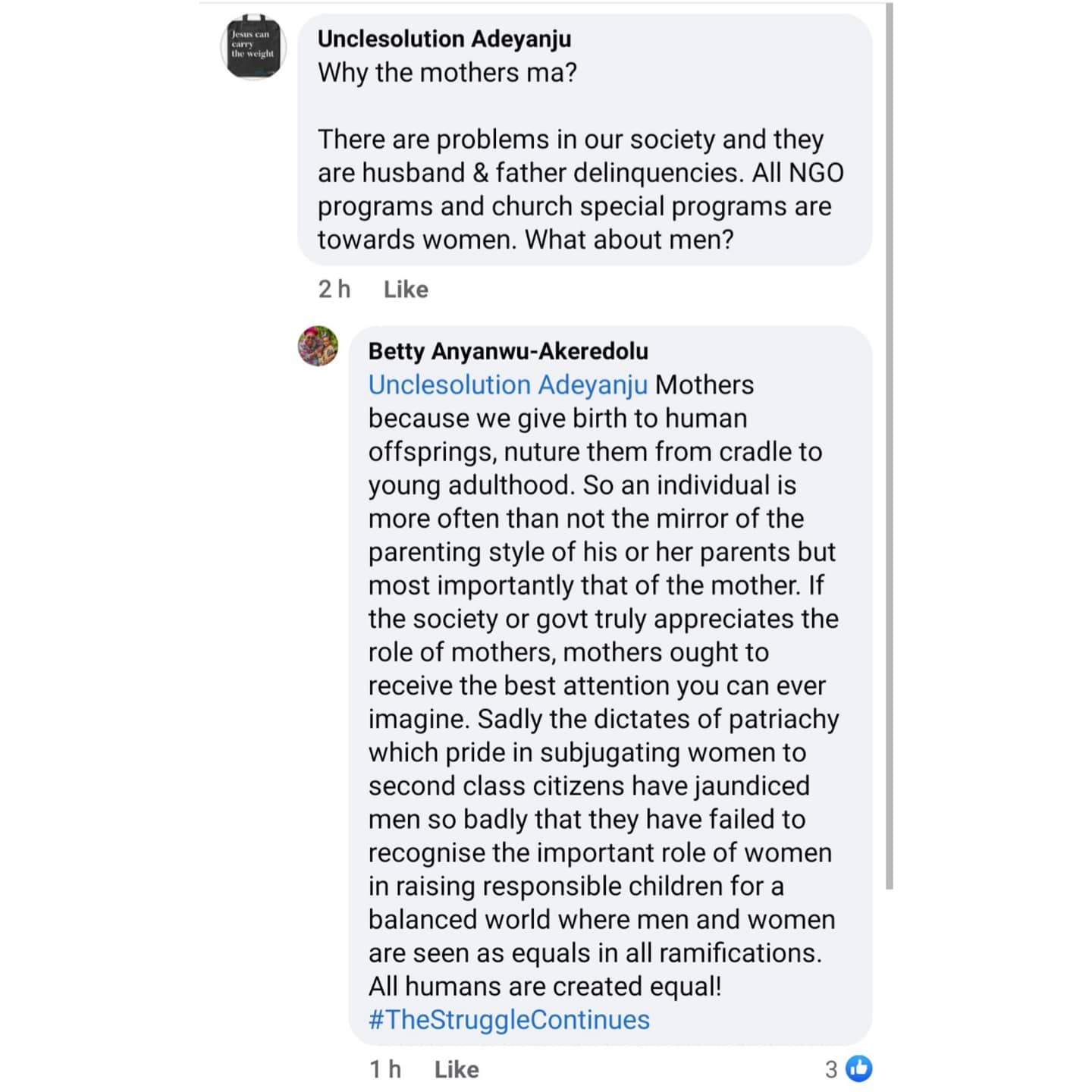 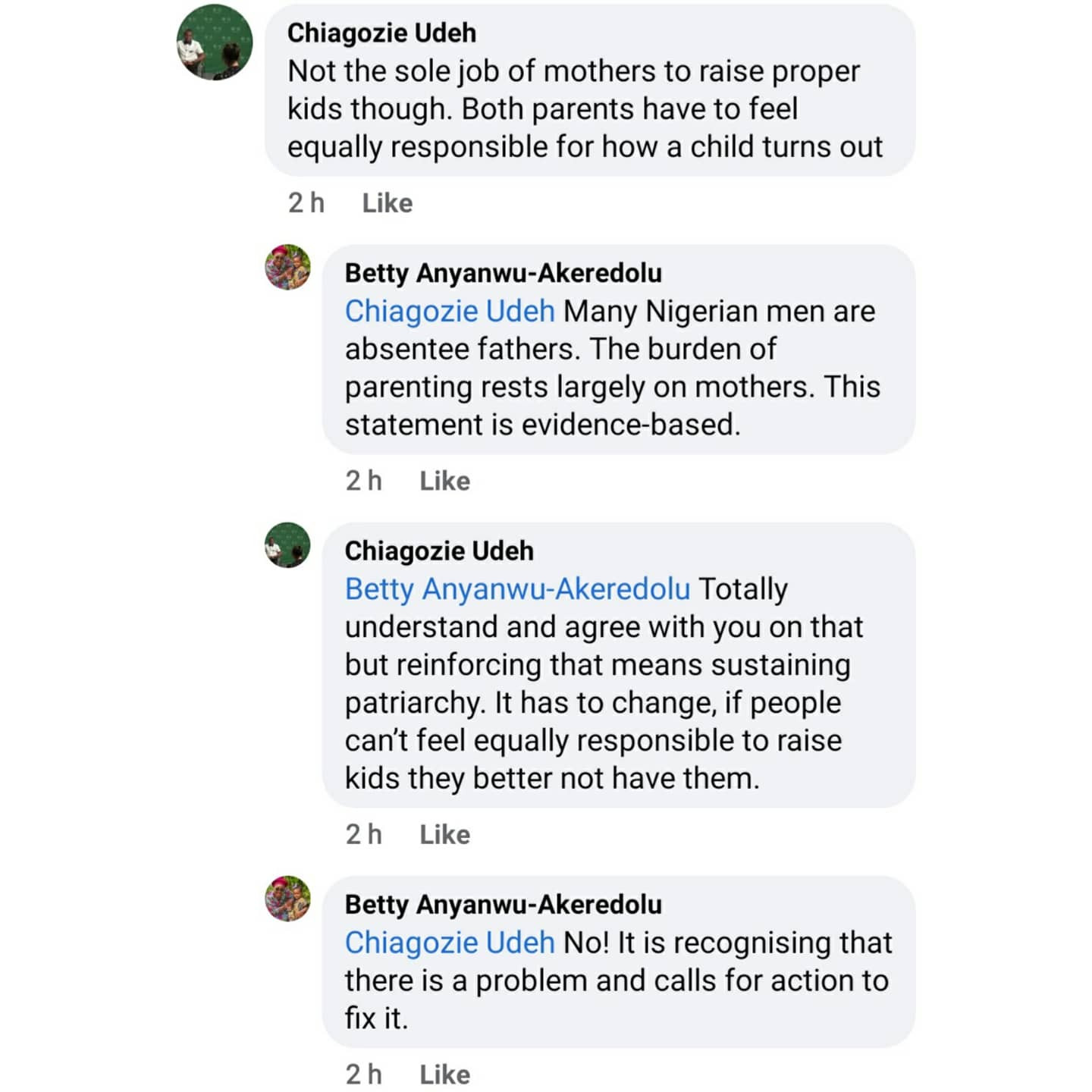