Home Uncategorized If you’re dating an independent female, do things for her without asking... 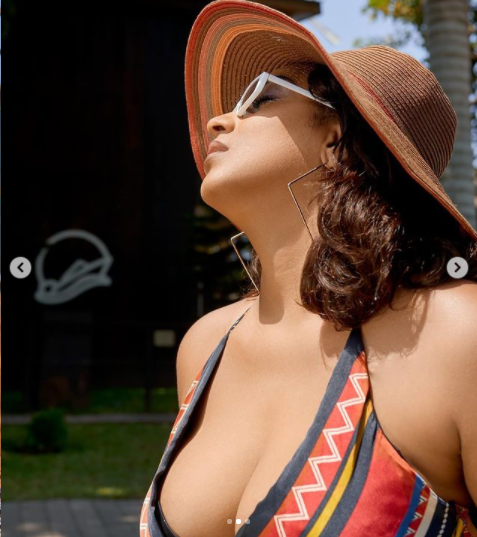 Ghanaian actress, Juliet Ibrahim has urged men dating independent women to go out of their way to surprise their partners without them asking or waiting to be asked, because they will eventually do it themselves.

Sharing these new photos on Instagram, she wrote in her caption: ‘If you’re dating an independent female you just gotta do things for her without asking or waiting for her to ask because she’ll do it herself.’ 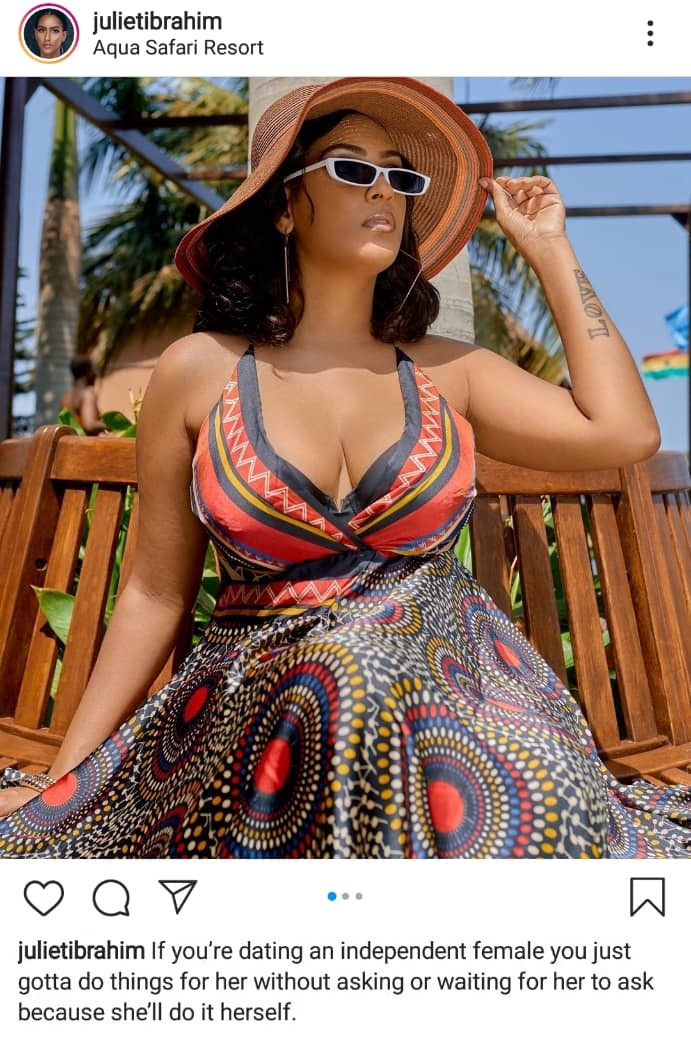