Using certain contraceptives to prevent pregnancy in some women might temporarily delay fertility once discontinued, a study has revealed. 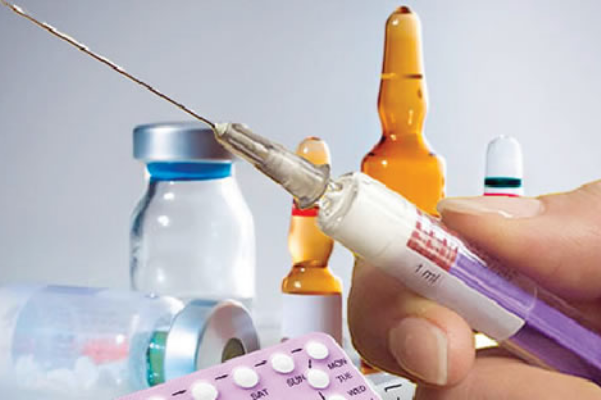 The study, carried out by researchers from the Boston University School of PublicHealth in the United States and Aarhus University, Denmark, suggested that such women would have to wait up to eight months before their fertility returns.

According to the study published in the BMJ, an international peer-reviewed medical journal, women would experience short-term delays in return to fertility if they had recently stopped using oral contraceptives, contraceptive ring, and some long-acting reversible contraceptive methods.

The researchers revealed that they measured the delay in return of fertility in women after using a variety of contraceptive methods, and found that the time until fertility returned varied, depending on which method was used.

They, however, said return to fertility didn’t depend on how long a woman had been using contraceptives.

The researchers say male condoms and oral contraceptives are the most commonly used methods in North America and Europe, but long-acting reversible contraceptive methods such as intrauterine devices, implants, patches and injectable contraceptives have become increasingly popular globally.

Earlier research, the researchers pointed out, focused mainly on the effects of oral contraceptives, with most studies showing short delays of approximately three months in the return of fertility after women stopped taking them.

Jennifer Yland, the lead author, explained that they set out to evaluate the association between pre-pregnancy use of a variety of contraceptive methods and the subsequent probability of becoming pregnant (fecundability).

“Women experienced short-term delays in a return to fertility if they had recently stopped using oral contraceptives, the contraceptive ring, and some long-acting reversible contraceptive methods, compared with users of barrier methods.

The researchers, however, noted that the study had important limitations that include not having data on the date of the last injection for women who used injectable contraceptives, adding that they, instead, relied upon self-reported time since discontinuation of contraception for all methods studied.

3 Common Medical Problems You Can Treat By Eating Yam Regularly

Irish Potatoes vs Sweet Potatoes: Which Is More Nutritious And Healthier To Your Body?

Reasons Why Some Pregnant Women Give Birth To Disabled Babies

Benefits Of Eating Apple With Milk, That You Need To Know

4 Reasons Why You Should Consume Boiled Eggs Regularly

10 diseases that Ginger can treat more than some drugs