France and Manchester United midfielder, Paul Pogba has come out to detail the struggles he experienced while recovering from Coronavirus.

Pogba was diagnosed with Covid-19 on August 27, which forced him to spend 10 days in quarantine before returning to full training with United.

He was then named in Ole Gunnar Solskjaer’s starting XI for their Premier League opener against Crystal Palace on September 19. 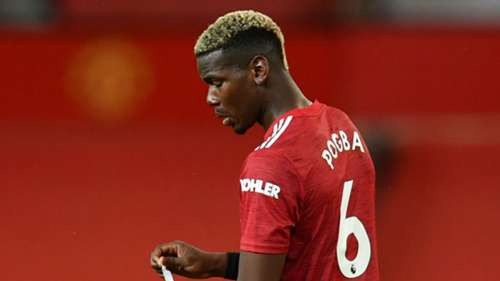 According to Pogba, it took him a “long time” to recover physically from coronavirus and that he “couldn’t run” during the first game of the season.

He suffered an alarmig dip in form, and hasn’t had a regular spot in Solskjaer’s line up since giving away the penalty which gave Arsenal a 1-0 win at Old Trafford on November 1.

But Pogba says he finally felt like himself again during the Red Devils’ Premier League clash at West Ham on Saturday December 5, where he scored a stunning second-half equaliser giving Manchester United  3-1 victory.

According to Pogba, the disease affected his ability to perform.

“It’s strange, it’s hard to explain because you wouldn’t understand. Even in training, I would say to the fitness coach that I feel strange. It’s not me,” He told United’s official website.

“I get tired very fast and I’m out of breath really fast. The first game of the season, I couldn’t run. I was trying.

“I spoke with the manager, ‘I will start the game and let’s see,’ but I was very out of breath and it took me a long time to get me back to my fitness and to get back physically good.”

Asked how it felt to get 90 minutes under his belt, Pogba responded: “So good. Obviously, it feels good to play. The lads have been playing really well as well.

“I wasn’t ready physically I would say. I felt weakness physically. You know, just to play the 90 minutes and carrying on with the games. It’s such a difference. I’m finding my rhythm as well.

“I feel so much better today, I felt I could go again, control the game, getting the ball. That’s what I like, myself. That’s what I think is good for the team. I’m a team player.

“As long as the team wins, that’s the most important, you know. I find myself good and we want to win. That’s why I came here and that’s why I want to be successful.”

Reacting to the goal, which was his first Premier League goal of the season, Pogba said:

“The kick from Dean [Henderson] was a bit… we didn’t know if it was out or in but we just went for it. I just went for it, I saw Bruno [Fernandes] had the ball and I was free. I hit it in the first half, it didn’t go well, but the second time it went in and I’m really happy with this.

“I feel confident, I feel myself, like more in my legs and physically I feel much better. It’s good, you know, just to get back in the team, and to score this goal to help the team get back in the game, it’s very important for the team. I’m very happy for that.”