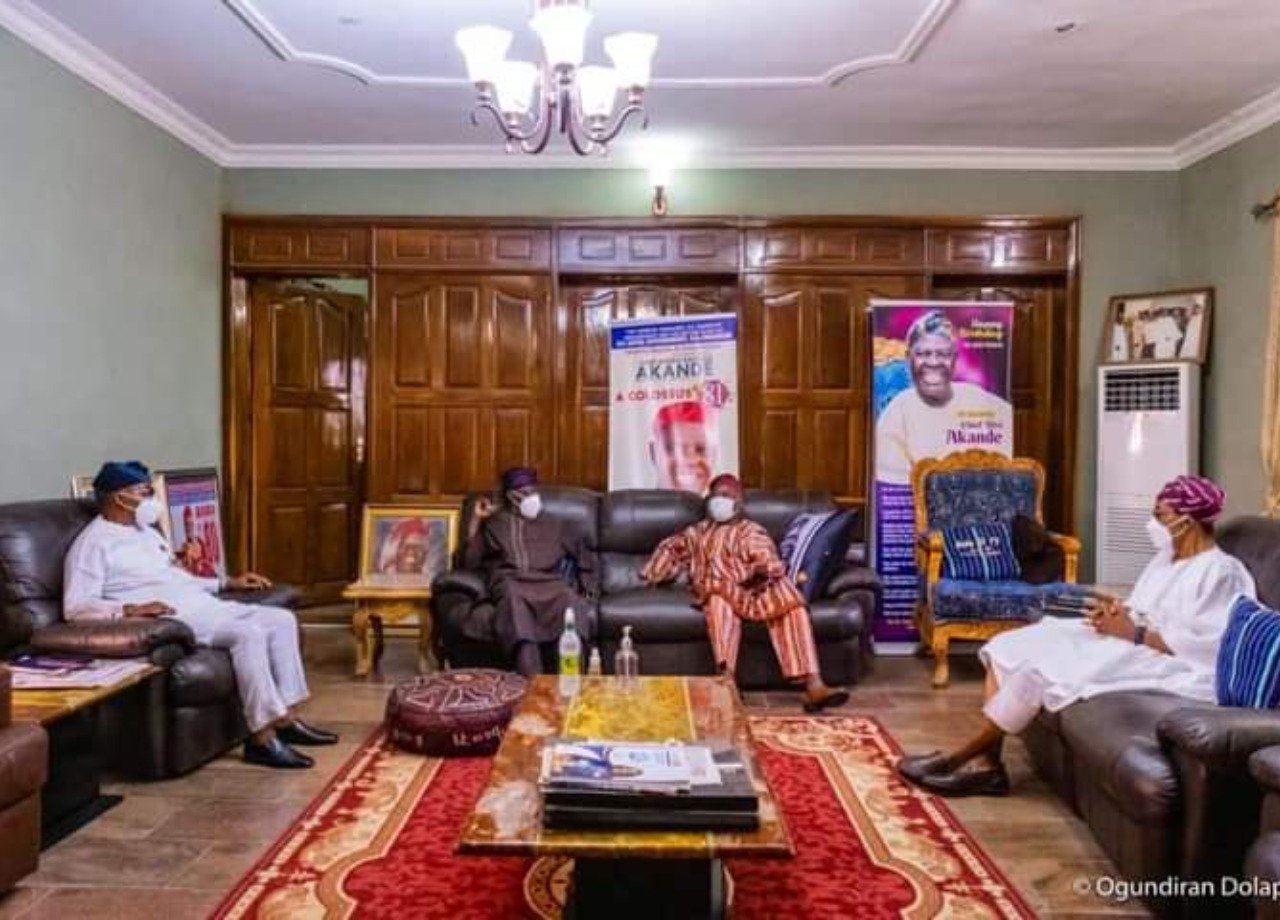 National leader of the All Progressives Congress(APC), Bola Tinubu; the pioneer Interim Chairman of the party, Chief Bisi Akande; Osun State Governor, Gboyega Oyetola; and the Minister for Interior, Rauf Aregbesola on Thursday met in a closed-door meeting.

A source told DAILY POST that the quartet meeting was to strategize on the 2023 presidential ambition of the Tinubu which looks likely to be shaking.

It was gathered that Chief Bisi Akande, a strong supporter of Tinubu had in November left Presidential Villa with anger after spending hours without seeing the President.

Akande has always been on the side of Tinubu.

The presidency, according to a source, invited Akande back to Abuja through Aregbesola. Akande and some other leaders of APC from the South-West on Friday, November 20 consequently met with President Muhammadu Buhari.

DAILY POST gathered that meeting Tinubu, Akande, Oyetola , Aregbesola had, was not related to settlement of feud.

Speaking with journalists after the meeting, the Media Aide of Chief Akande who was an Ex-Commissioner for Information, Osun State, Hon Lani Baderinwa explained that Aregbesola came to see his principal as part of civic engagement directed by President Muhammadu Buhari.

He said that Aregbesola came with Oyetola to meet Chief Akande and incidentally, Asiwaju Tinubu came around on a random visitation to Ila Orangun.

“Aregbesola was here as part of Civic engagements as directed by the President not too long ago. He could not have done it alone; he has to come with the current governor. Whatever is the core of their discussion is not opened to me but I know they are inside.

“Incidentally, Asiwaju as usual who comes around randomly without anybody knowing was around too. That is what happened today. We joined them at the meeting and I believe that as the national leader of the party, he has a stake in the whole scenario; therefore, there was nothing unusual about the meeting.

“I’m not aware of any problem between Aregbesola and Oyetola. It has always been speculations in the media that they are at loggerheads with each other.”