Home Uncategorized My Husband, Ned Nwoko Can Marry More Wives, It Has Never Been...

Nollywood actress, Regina Daniels as reacted to the viral video of her husband claiming to marry more wives and she can’t do nothing about it. 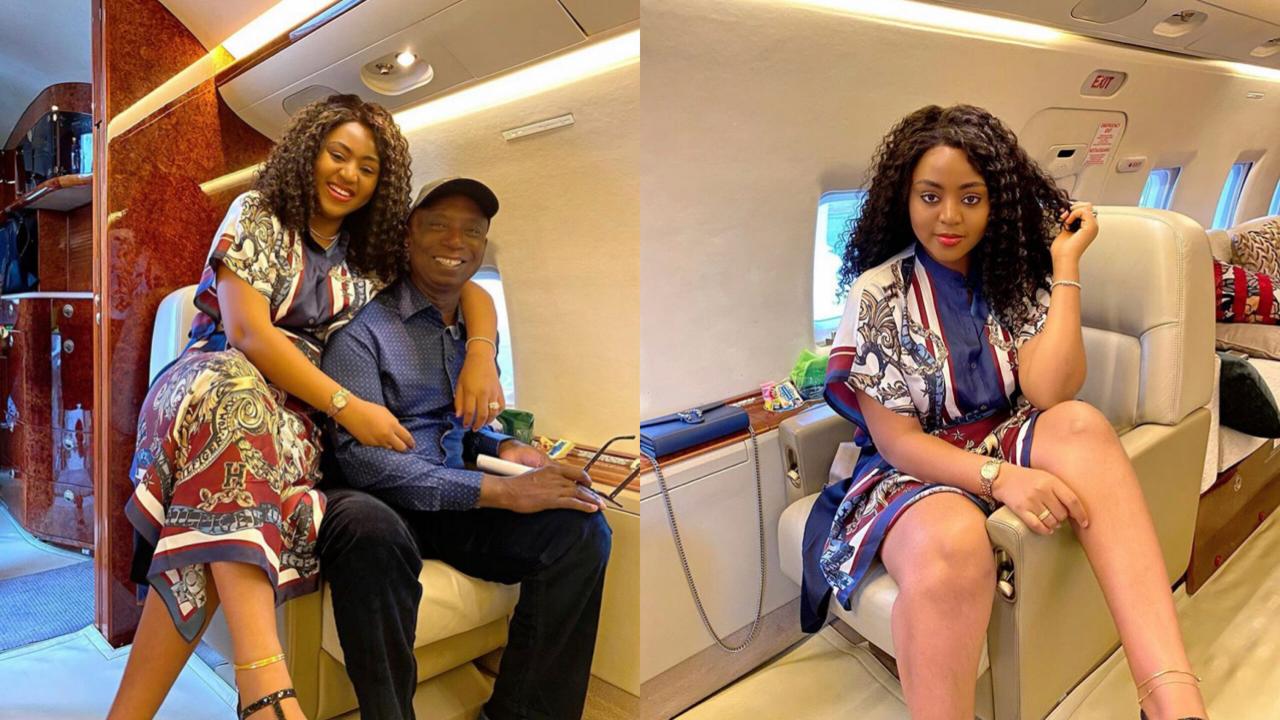 Recall, the 64-year-old politician revealed that he is from a polygamous background and all his wives were made to understand that fact before agreeing to marry him. He also revealed that he met and married Regina Daniels in three weeks as he does not believe in dating and courting before marriage.

Regina Daniels in what appears as a reaction to the video took to her Twitter account to reveal that she has no problem with her husband’s decision of taking a new wife in the nearest future.

“As a matter of fact, my husband Ned Nwoko can marry more wives. It has never been a problem”. She tweeted