LIONEL MESSI has been hit with a £540 fine for his tribute to Diego Maradona after the legend’s death. 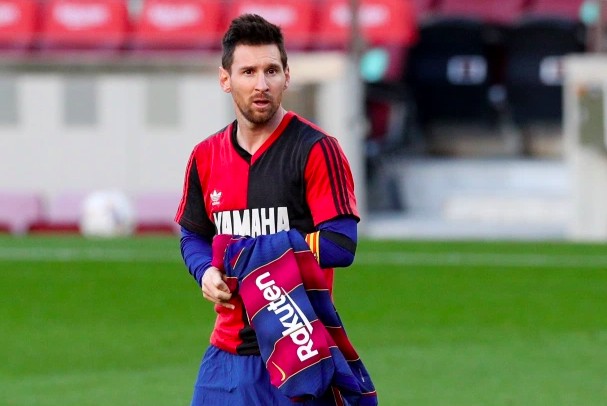 The Barcelona superstar started his career at Newell’s Old Boys and unveiled their shirt in tribute to his fellow Argentine – who also played there – after scoring in Sunday’s 4-0 win against Osasuna.

The goal had striking similarities to a goal scored by Maradona on his Newell’s debut 27 years ago.

He picked up the ball outside of the box, beat two defenders then fired a shot into the far corner of the net.

The celebration forced referee Mateu Lahoz to book Messi for removing his Barca shirt, in line with the Spanish FA’s rules.

And Barcelona have also been hit with a fine of £316 over the incident – although they plan to appeal.

The rule which imposes a fine for celebrations like Messi’s is not exclusive to the Spanish league, it is also applied by FIFA.

On FIFA’s official website, it states: “The IFAB, the body responsible for the Laws of the Game, decided to add a detail to Law 12 relating to ‘Fouls and Misconduct’, stating: “A player who removes his jersey after scoring a goal will be cautioned for unsporting behaviour.”