Home RELATIONSHIP People earning less than N20k per month have nothing to do with...

An economist has said people earning less than 20, 000 Naira per month have no business being in romantic relationships. 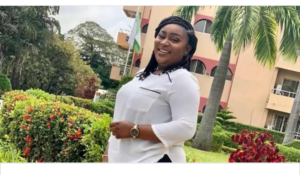 The Twitter influencer with over 24.7k followers tweeted: “First of all, if you’re earning 20k per month I don’t think you have any business thinking about relationships or even going on dates. None at all for any reason!”

She added: “Here’s my point.

“I’m saying that people have personal responsibilities and this includes family bills and all of that and relationships as much as we try to deny it comes with a whole lot of commitments and sacrifices which of course includes finance.

She continued: “Now imagine earning that and having to juggle in between these responsibilities and your relationship. It will never really turn out to be how you sincerely want it.

“But hey, this thing doesn’t have a manual, so it’s okay to do you!

“And this is for both gender.” 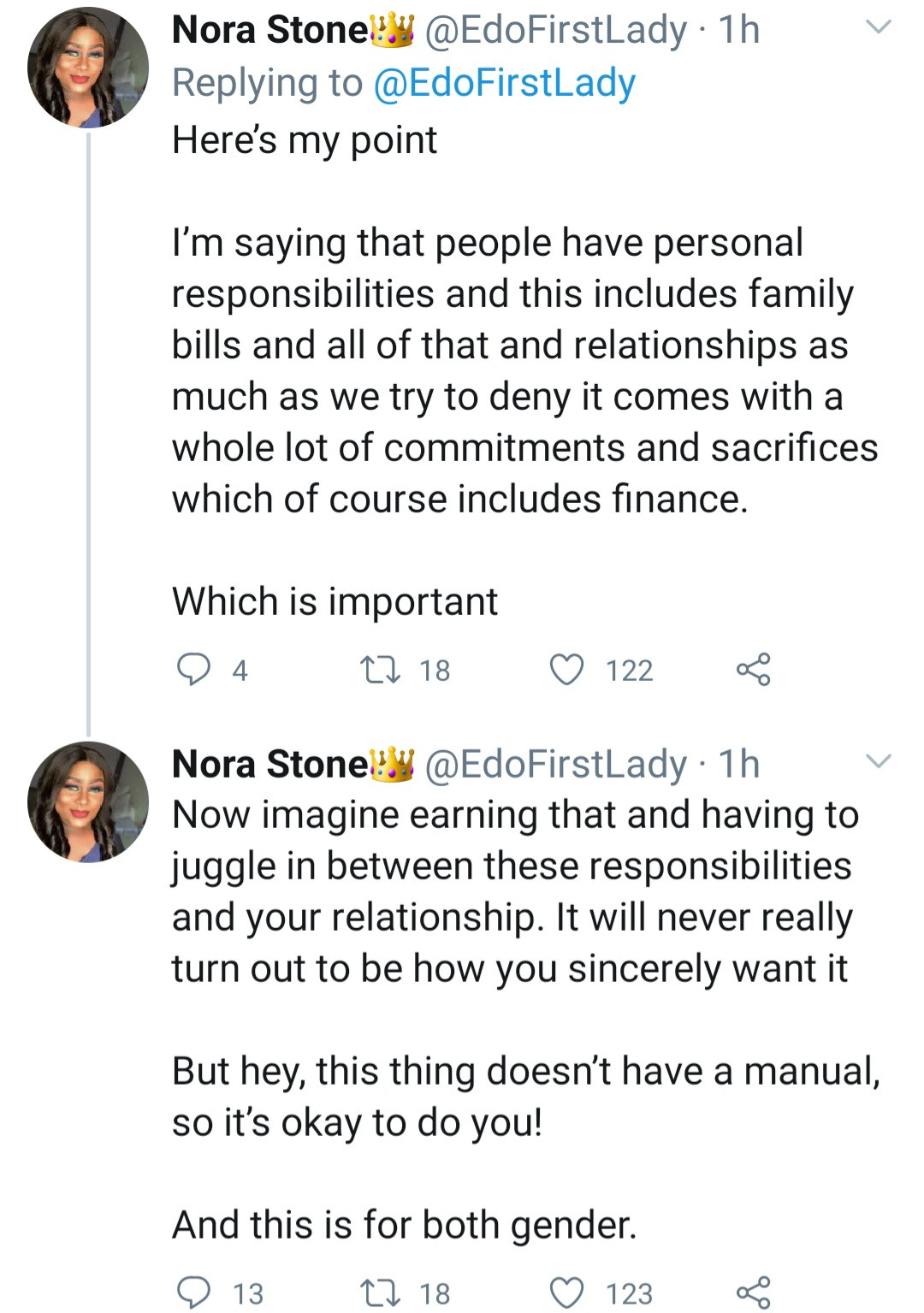 Her post has started an argument as some agree with her while some oppose her views.

Below are some reactions. 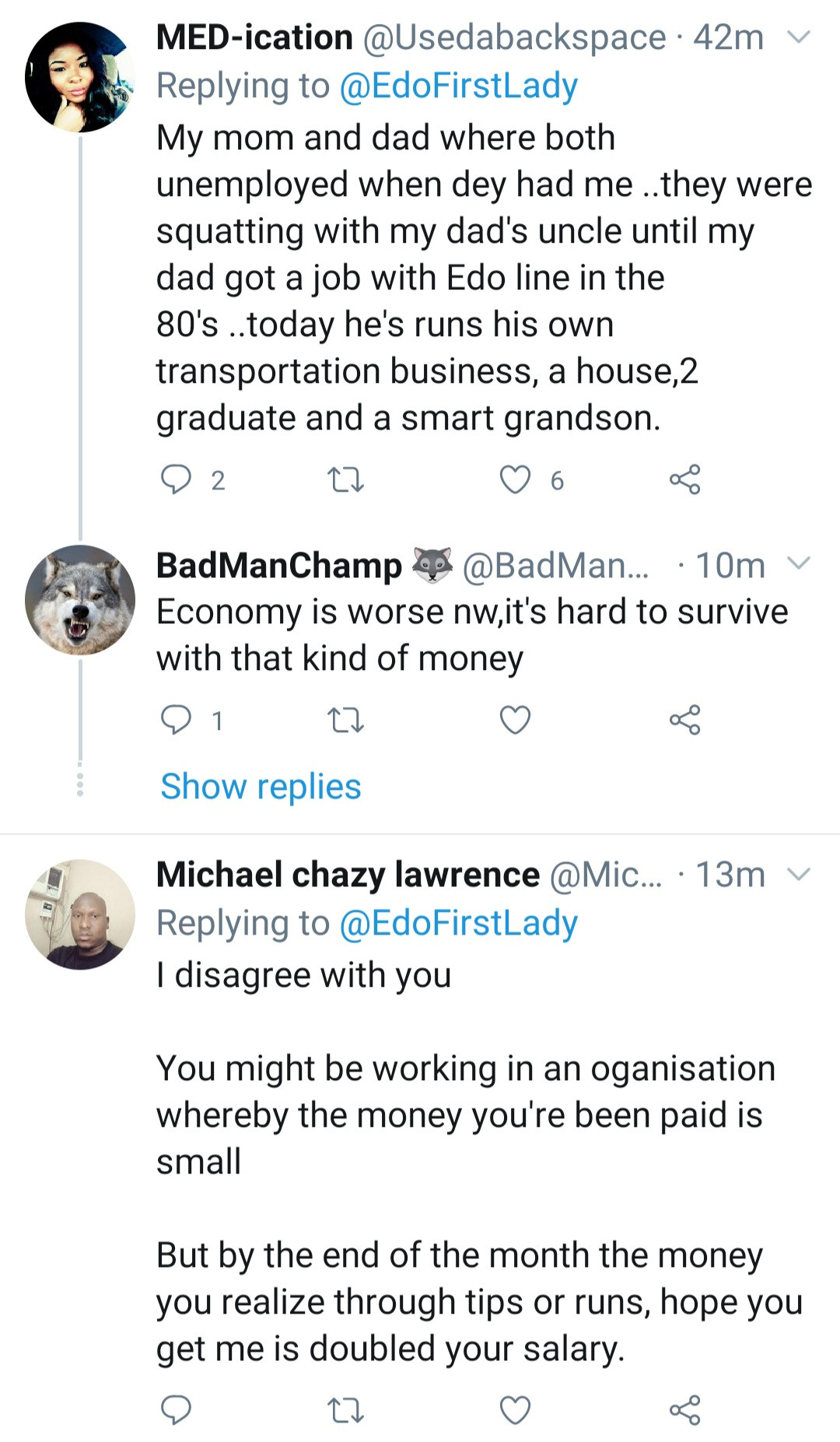 What Happens To Your [email protected] When You Stop Having S8x Regularly?

8 reasons why women fall in love with married men

The Easiest Way To Approach A Lady You Like

Most Ladies Want To Marry Men With These Qualities