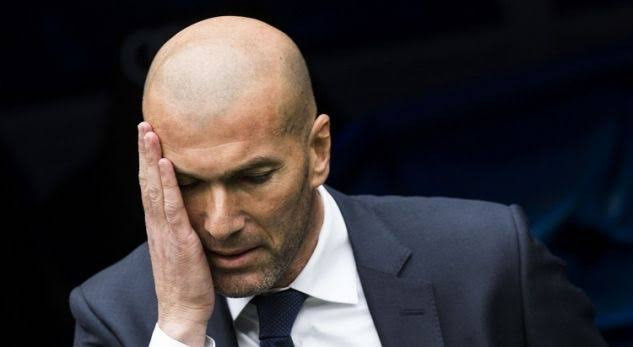 Real Madrid head coach, Zinedine Zidane, has insisted that he will not resign, despite another poor performance from his side in a 2-0 defeat to Shakhtar Donetsk on Tuesday night, December 1, 2020.

Real Madrid’s hopes of qualifying for the Champions League last 16 are now in doubt after the match completed a shocking win for the Ukranians over Madrid, weeks after losing 3-2 at home to Shakhtar.Zidane could be asked by the Madrid hierarchy if results don’t improve with Madrid now having lost three of their last five matches.

But he has bullishly said he will not be stepping down.

“I am not going to resign – not at all,” he said following Tuesday’s defeat.“We have always had delicate moments. It is true that it is a bad streak in terms of results, but we must continue. Today was a final, we prepared very well, but we know there is a game to go and we have to win and that’s it.”

“I believe in the players and of course I have strength. The other day against Alaves we did not deserve to win but today we did. There is no choice but to work and continue so that the good results return.”

After their defeat to Shakhtar, Madrid have conceded nine goals in five Champions League group-stage games, their worst defensive record at this stage in the competition’s history.

But Zidane is optimistic.

“It is a difficult moment but I am convinced that we are going to bring out our character because we have to win the next game,”

“I am convinced that we can do it.” he said