The Senate on Tuesday again asked the President, Major General Muhammadu Buhari (retd.), to sack the  service chiefs over their failure to secure Nigerians. 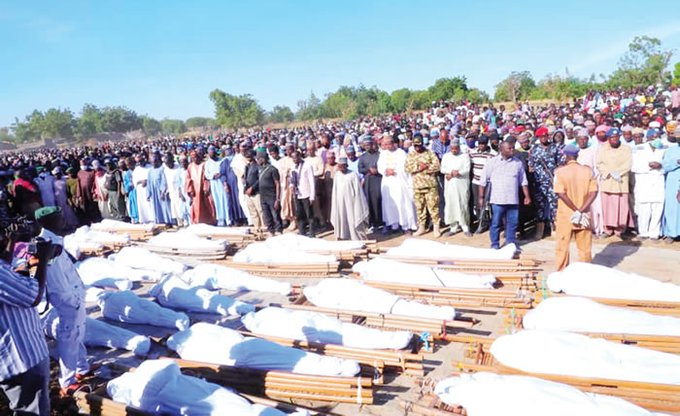 The upper chamber of the National Assembly, which said security situation had deteriorated to a level, where Boko Haram  mounted  roadblocks in some parts of Borno  State and collected levies from farmers, also asked the President to restructure the country’s security architecture.

Tuesday’s  call for the service chiefs’ removal was the third by the Senate.  The latest call  followed a motion by Senator Kashim Shettima on the recent killing of  rice farmers in Borno State by the Boko Haram  insurgents.

Since Saturday when the Boko Haram  insurgents killed no fewer than 43 rice farmers in the state, service chiefs have come under attack by Nigerians, who have demanded their removal.

On Tuesday,  the Senate again joined the  call for the removal of the service chiefs. The upper chamber of the National Assembly also  demanded a probe into the allegations of corruption  levelled against some military leaders.

The red chamber also stressed the need to urgently recruit 10, 000 personnel into the civilian joint task force because they would know  their areas.