Operatives of intelligence service in a collaboration with men of anti-corruption agency in Nigeria on Monday evening, arrested Mr. Abdulrasheed Maina, in town Niger Republic, PRNigeria has learnt. 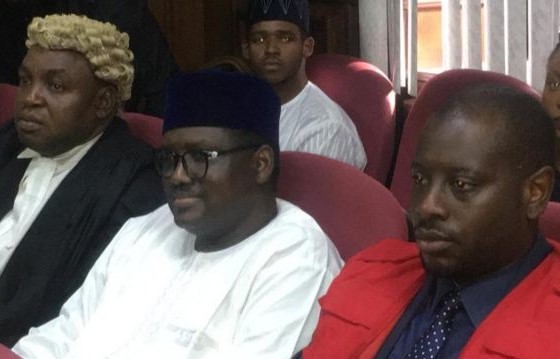 A top intelligence officer told PRNigeria that the arrest was made possible due to an existing mutual relationship and security agreement between the two neighbouring countries.

Maina, a former Chairman of the Pension Reform Task Team (PRTT), is facing a 12-count money laundering charge levelled against him and a firm by the Economic and Financial Crimes Commission (EFCC).

EFCC, alleged that Maina, as Chairman of the defunct Pension Reform Task Team, used the account of the firm for money laundering to the tune of about N2 billion, part of which he used to acquire landed properties in Abuja.

He however, has not been attending trial since the September 29, 2020 proceedings, a development that prompted Justice Okon Abang of the Federal High Court to order Senator Ali Ndume’s remand last Monday.

But the Federal High Court in Abuja on Friday granted bail to the Borno South Senator, over his suretyship for Maina, believed to have jumped bail. Justice Abang, in a ruling, said he chose to grant the senator bail based on his record of good behaviour before the court, notwithstanding that the other grounds of his bail application failed.

The judge granted bail to the senator pending the hearing and determination of Ndume’s appeal filed at the Court of Appeal to challenge Monday’s order sending him to jail for his inability to produce the fleeing Maina.