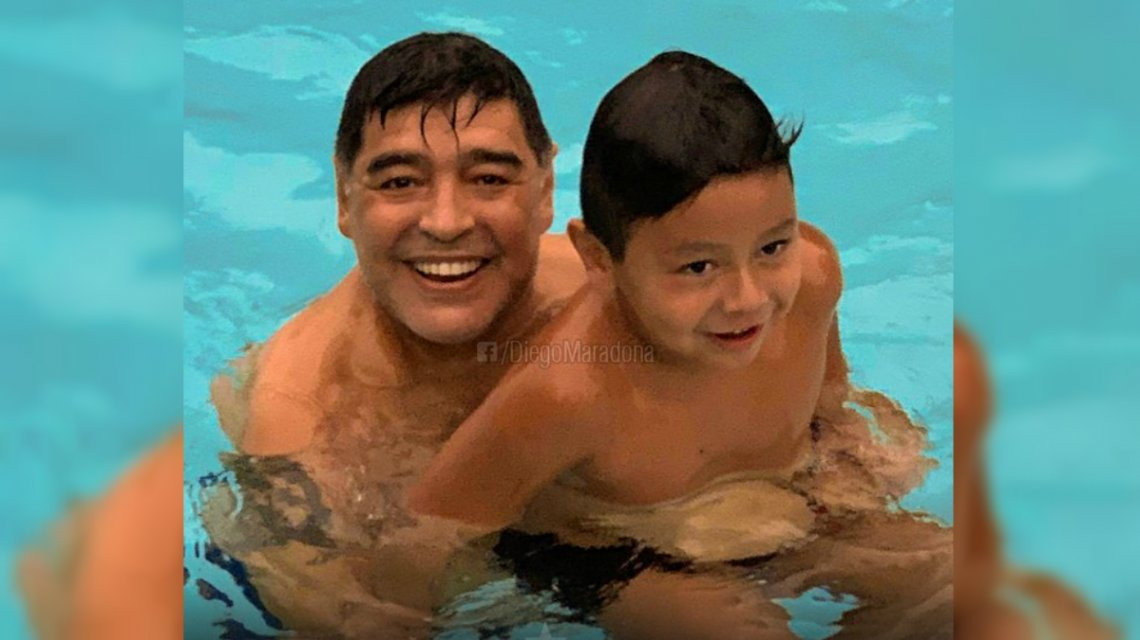 It has been revealed that Diego Maradona recorded a heartbreaking message about his ‘angel’ youngest son hours before his tragic death.

The Argentine icon reportedly asked the stepfather of his son to take good care of the seven-year-old, Dieguito Fernando.

In the recording, he told Mario Baudry, the boyfriend of his son’s mother: ‘Look after her and look after my angel, who is incomparable.’

Veronica and her son were were also also attendance at the retired footballer’s funeral last Thursday.

Maradona is survived by five children, including his daughters Dalma, 33, and Giannina, 31, by his first and only wife Claudia Villafane, 58, to whom he was married from 1984 to 2004.

He had his youngest son Diego Fernando with his long-term girlfriend Veronica Ojeda in 2013, before acknowledging Diego Junior, 34, and daughter Jana, 23, in the last five years, both born after short flings with unconfirmed rumours of more.

The former Barcelona and Napoli star died of a heart attack aged 60 on Wednesday, November 25, just two weeks after being discharged from hospital for a bleed on his brain.

The Argentina icon and 1986 World Cup winner was buried at the Jardin Bella Vista cemetery, in Buenos Aires province, where his parents were also buried. The private ceremony which held on Thursday was attended by family and close friends.

His doctor, Leopoldo Luque is being probed over medical negligence and police are treating the footballer’s death as a possible culpable homicide.

According to a new report by Italian newspaper La Repubblica, Maradona suffered a head injury after a fall at his home a week before he died from a heart attack but was never taken to the hospital.

A lawyer representing a nurse who worked for Maradona is reported to have said: ‘Maradona fell to the ground seven days before his death. He fell and hit his head but they didn’t take him to the hospital for an MRI or a CT scan.’

This comes after police raided the home of Maradona’s physician on Sunday and investigators are looking into all the medical staff involved with his care after his daughters Dalma and Giannina gave statements questioning whether the medication their father was receiving was appropriate.

The report also said that documents have emerged showing that Dr. Cosachov had requested 24-hour specialist and nursing assistance for the former Argentina star before his death but Luque didn’t arranged for that to happen.