Mike Tyson has admitted he smoked cannabis before his fight against Roy Jones and revealed: ‘I can’t stop’. 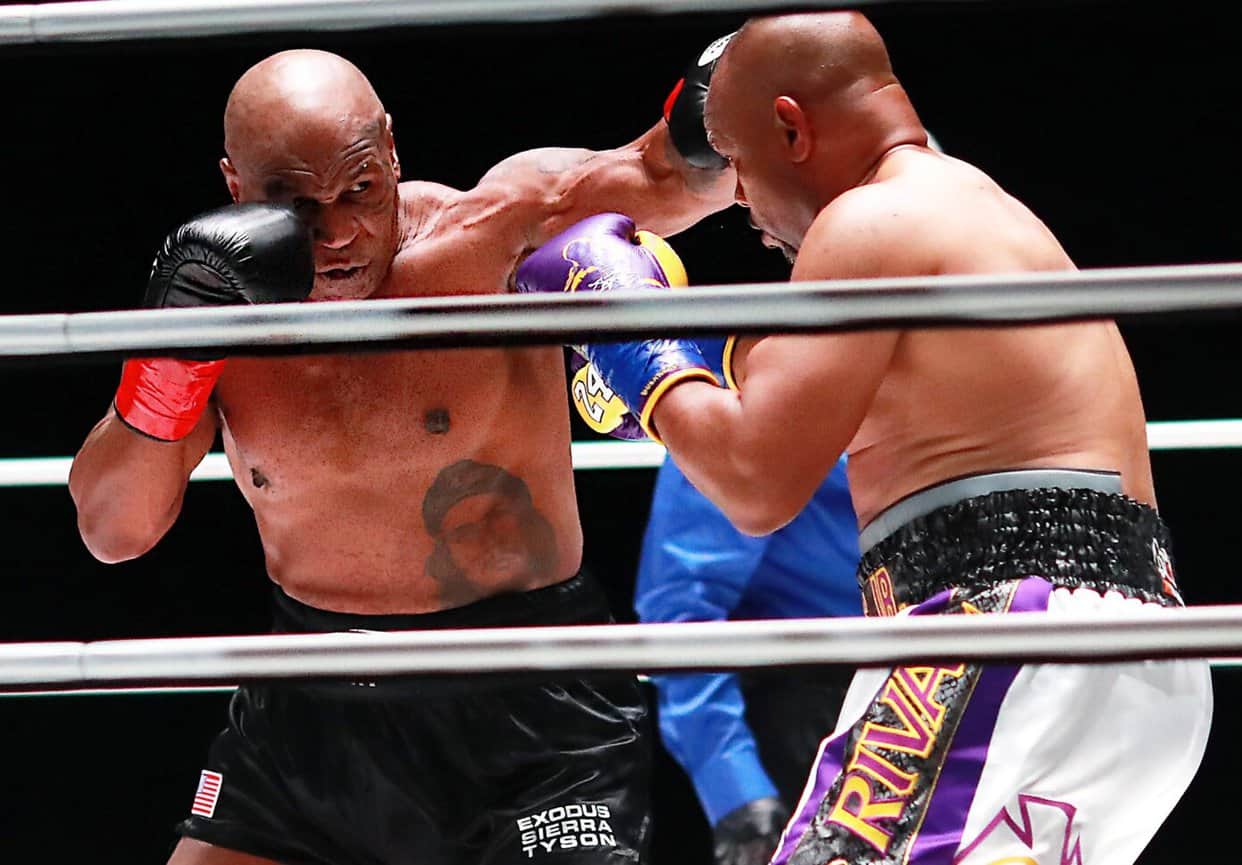 The heavyweight legend boxed to a draw in what turned out to be a bizarre eight-round exhibition bout.

Both men – who had a combined age of 105 – were drug tested by Voluntary Anti-Doping Association beforehand.

But cannabis was not included and 54-year-old Tyson took full advantage with a pre-fight blaze.

“I smoked during fights. I just have to smoke. I’m sorry. I’m a smoker.

“I smoke every day. I never stopped smoking.”