Home NEWS #ServiceChiefs trend as Nigerians react to killing of 43 farmers in Borno... 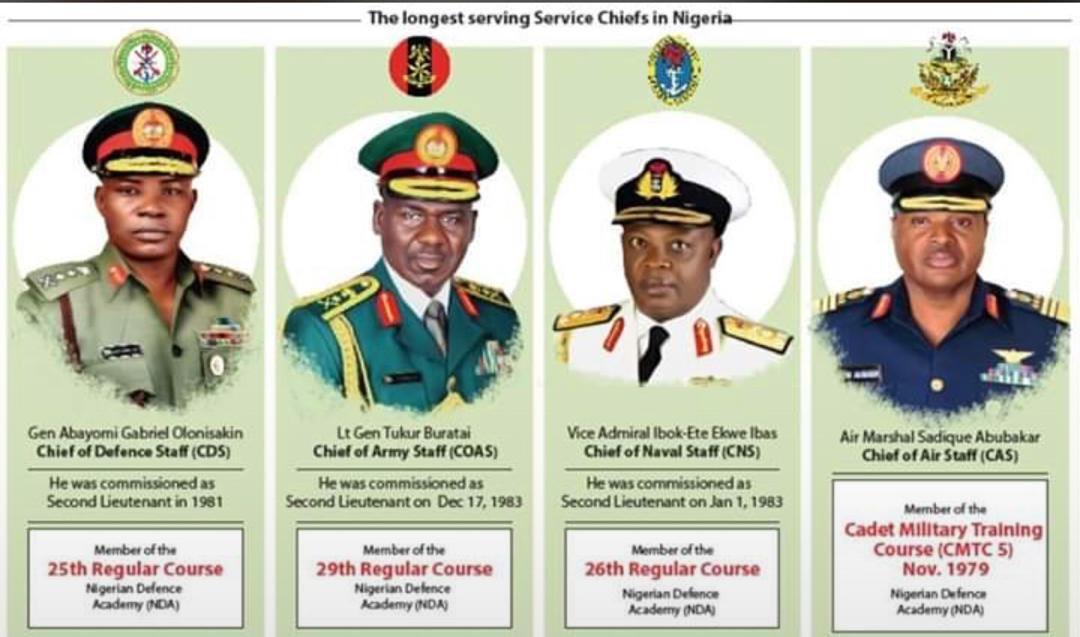 #ServiceChiefs has taken the number 1 spot in Nigerian Twitter trends as citizens react to the killing of 43 farmers in Borno by Boko Haram terrorists.

Musbizu reported earlier that Boko Haram insurgents killed at least 43 farm workers and wounded six in rice fields near the north-east Nigerian city of Maiduguri on Saturday November 23. The assailants tied up the agricultural workers and slit their throats. 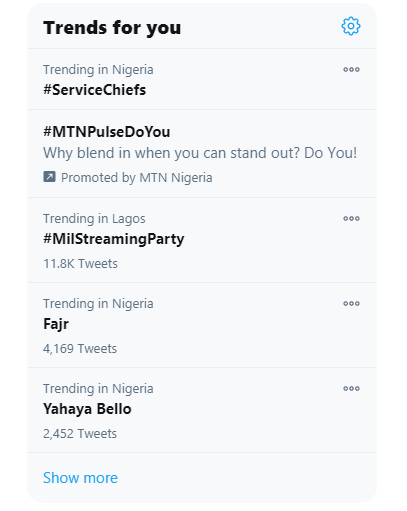 Reacting to this, some Nigerians called for the sack of the service chiefs for allegedly failing in securing the country. See some tweets below; 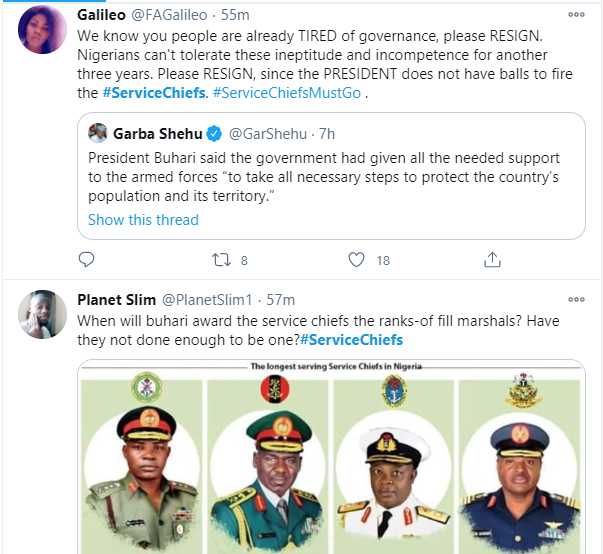 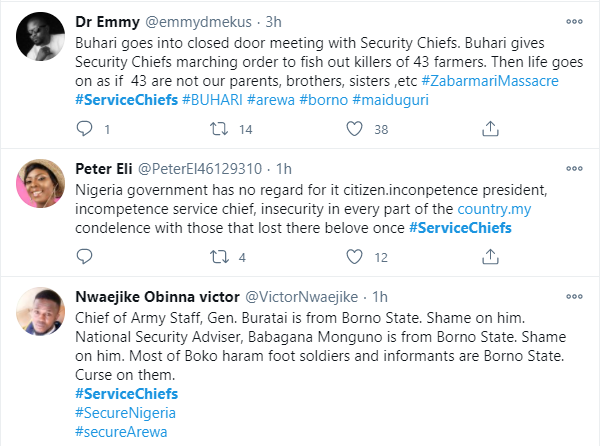 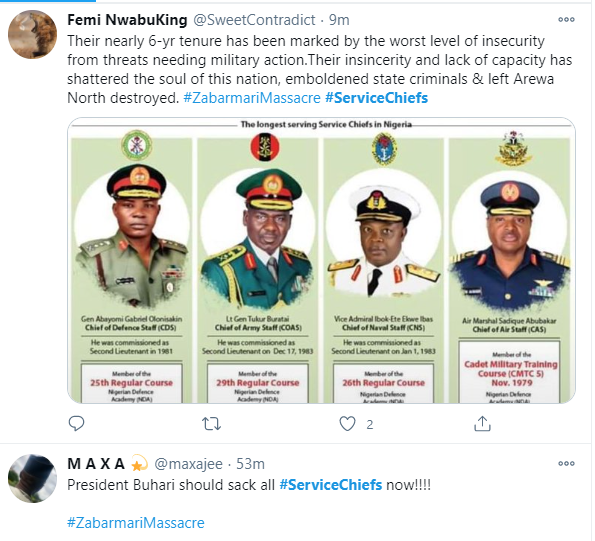 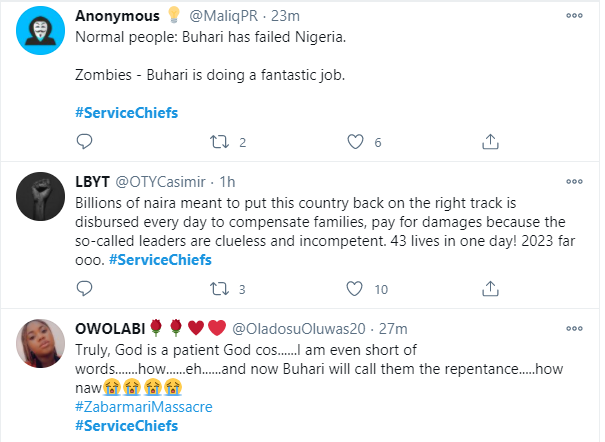 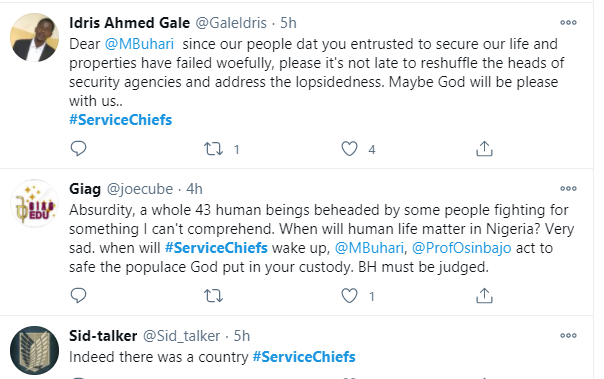