The national leadership of the Peoples Democratic Party has appointed a six-member committee to woo governors and lawmakers from the All Progressives Congress into its fold.

It was gathered that the PDP, in reaction to the defection of Governor Dave Umahi of Ebonyi State to the APC, set up the National Reconciliation Committee, which was saddled with the responsibility of persuading members of the APC to join the opposition. 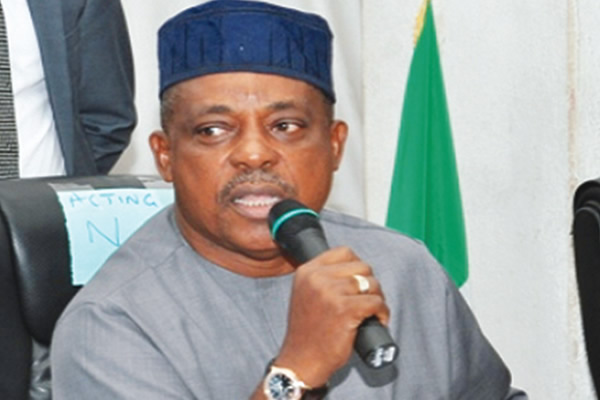 National Publicity Secretary of the PDP, Kola Ologbodiyan, had in a tweet via the official Twitter account of the PDP, on Monday evening, announced the composition of the Saraki-led committee.

However, sources within the party informed our correspondent that the national leadership of the party had directed Saraki and members of his committee to scout for members within the ruling party.

One of the sources, who is a member of the National Working Committee of the party, told Sunday PUNCH that the PDP was planning to “harvest some governors” and lawmakers from the APC, adding that there were members of the ruling party who had contacted the PDP for possible defection. He stated that the APC was aware of the plan but that it had quickly asked Umahi to defect from the PDP to send a signal that the former ruling party was no longer attractive.

The source said, “We knew their game. They knew that their members, including governors, members of the National Assembly and lawmakers at the state level, were contemplating joining us. That’s why they rushed to Umahi, asking him to defect quickly.

“They promised him that they would hand over the state (APC) chapter. That was why the party quickly dissolved the Ebonyi State chapter and picked a serving commissioner as acting chairman.”

The PDP NWC, at its meeting on Monday evening, was said to have also deliberated on the strategy aimed at repositioning the party ahead of the 2023 elections.

It was gathered that the six party members saddled with the responsibility of poaching from the APC were also asked to approach “those who had stopped participating in political party affairs in the country or their respective states but are still respected for their views.”

When contacted, the National Chairman of the PDP, Prince Uche Secondus, described the assignments handed over to the Saraki-led committee as “multi-dimensional.”

He said, “The committee is free to add any other job to its assignment. We want it to reconcile people at all levels. They are also free to talk to those who want to either return to the PDP or even defect to our party.

“I want to tell you that we have large numbers of lawmakers, both at the national and state levels, who are willing to join us. Also, there are some governors who are already talking to us. We just don’t like making noise about what we are doing. I wonder how this information also got to you. But in any case, we are not sleeping.

“If we had won elections in states such as Adamawa, Bauchi, Benue, Edo, Oyo, Sokoto and Zamfara from the opposition without making a noise, I can assure you that we are going to do more positive things that will surprise many.”

In a related development, a former presidential aide, Dr Umar Ardo, called on the incumbent Senate President, Ahmed Lawan, to declare the seat of Senator Elisha Abbo vacant, following the senator’s defection from the PDP to the APC.

Abbo, who claimed that he left the PDP for the APC because of his 2023 governorship ambition in Adamawa State, had also accused the state governor, Ahmadu Fintiri, of not running the party well.

But Ardo, in a message titled ‘Don’t imperil our democracy’ and sent to one of our correspondents, said Lawan owed Nigerians the right to declare the seat of the senator vacant.

Meanwhile, the PDP has paid Governor Ifeanyi Ugwuanyi of Enugu State a visit at the Government House, Enugu to probably stop him from an alleged plan to defect to the APC.

It was gathered that the Friday visit, led by the Chairman of the PDP Governors Forum and Governor of Sokoto State, Aminu Waziri Tambuwal, and ex-Governor of Imo State, Emeka Ihedioha, was to reassure Ugwuanyi that the party remained committed to be fair to all sections of the country and individual members in their determination to seek political positions through its platform.