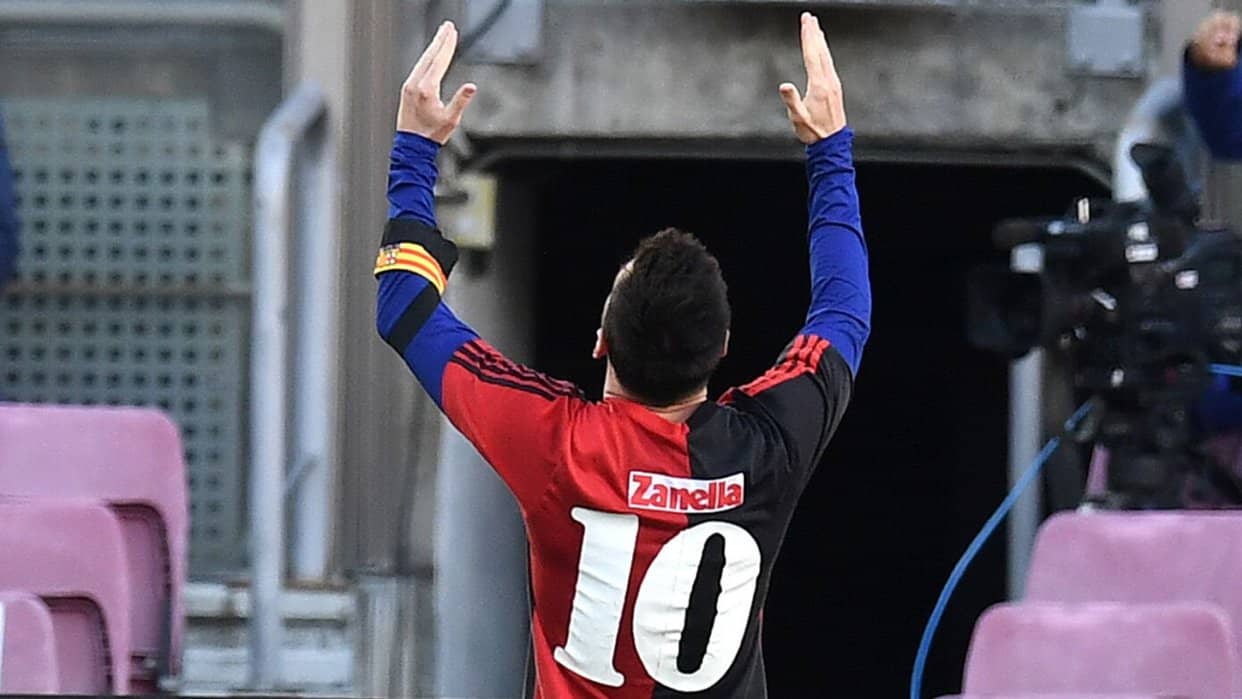 Barcelona captain, Lionel Messi, paid a heartfelt tribute to Diego Maradona by revealing a Newell’s Old Boys shirt under his jersey, after scoring against Osasuna on Sunday.

Maradona passed away at the age of 60 last Wednesday, after suffering a heart attack at his home in Buenos Aires.

Both teams observed a minute’s applause for the two-time World Cup winner, during which Messi looked close to tears.

The 33-year-old was clearly eager to try and score in honour of his compatriot and finally netted the fourth and final goal of Barca’s resounding 4-0 victory in the 73rd minute.After doing so,

he briefly celebrated with his teammates before taking off his Barcelona shirt and revealing a Newell’s Old Boys jersey underneath.

The kit was the same one worn by Maradona during his brief stint at the club in the 1993/94 season, with Messi having played for a short time as a kid at Newell’s before moving to Barcelona.

He also mimicked Maradona’s celebration, pointing both hands to the sky, though he was shown a yellow card by the referee for removing his Barcelona shirt.