The Federal Government has requested a week’s break following the demand by the organised labour that the hike in petrol pump price from N160 to N170 per litre be reversed.

The Group Managing Director, Nigerian National Petroleum Corporation, Mele Kyari, made the request at Thursday’s meeting with the leadership of the Trade Union Congress and the Nigeria Labour Congress at the Banquet Hall of the Presidential Villa, Abuja. 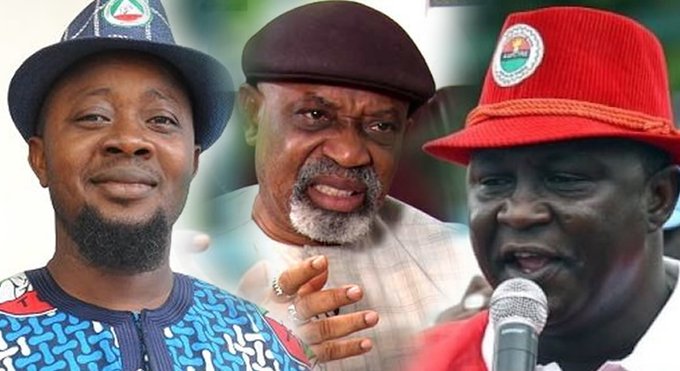 Kyari told the meeting that the NNPC could not unilaterally announce a reversal of the new price without consultation.

It was agreed by both the labour and government team, led by the Secretary to the Government of the Federation, Boss Mustapha, that the meeting should be adjourned till December 7.

Labour had insisted that the increase negated the agreement reached in September.

The product presently sells between N165 and N170 per litre after the Petroleum Products Marketing Company increased the ex-depot price of petrol from N147.67 per litre to N155.17 per litre for this month.

The Minister of Labour and Employment, Chris Ngige, at the end of the meeting, which lasted for more than three hours, told reporters that the Federal Government team would relay the position of labour to the President, Major General Muhammadu Buhari (retd), who is the Minister of Petroleum and also to the Economic Management team.

Ngige said, “By Monday, December 7, we will come back, because the message from the organised labour is clear. They want a reversal of the pump price to what it was. So, the government side will take it back to our principals.

“Even though government is not fixing the price of premium motor spirit (anymore) because it is deregulated, it is part of the economy. So, the government side will consult anybody that needs to be consulted.

“We will consult the President as the Minister of Petroleum and then, the Economic Management team because funds are involved.”

The Deputy NLC President, Joe Ajaero, said organised labour believed the latest hike would have been reversed by December 7 when the meeting would reconvene.

He stated, “We took one week adjournment for them to reverse it (fuel increment) for us to begin discussions because the GMD was saying he can’t just announce it there, that he needs to do consultations.

“Exactly one week will be Friday next week; so the following Monday we will reconvene by 5pm. We insisted on 2pm, the minister said 7pm but we eventually agreed on 5pm.

“We insisted on reversal for any other talk to place although we have agreed to brief our organs, the NLC NAC is meeting today (Friday) so we are briefing our NAC, we may have to delay other organs after that Monday if they didn’t announce it.”

Earlier, the TUC President, Quadri Olaleye, called for sincerity for the negotiations to progress smoothly.

Labour had accused the government of insincerity in its meeting last Sunday, leading to a walkout by the labour leaders from the meeting.