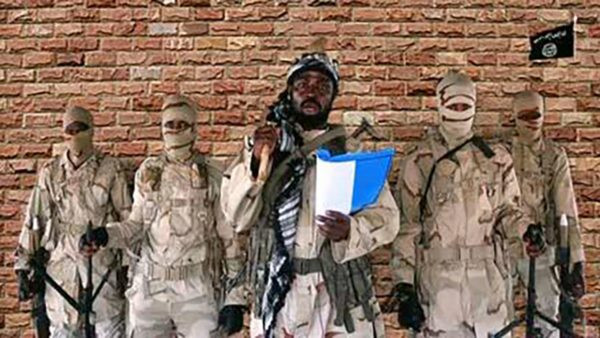 According to HumaAngle, the attack happened on Saturday evening, November 28 in Zambarmari, a community that is less than 20km from Maiduguri, the state capital.

”Boko Haram beheads 43 farmers in one of the most horrific mass murders in the history of the insurgency. HumAngle learned the barbaric incident happened this evening in Zabarmari, less than 20 km from Maiduguri, the Borno State capital.

The bodies of the 43 victims, all of whom had their throats slit, arrived Zabarmari. Residents, however, insisted they would not be buried until the state governor saw their bodies. Zabarmari is located in Jere LGA, approximately 20 km from the garrison city of Maiduguri.” 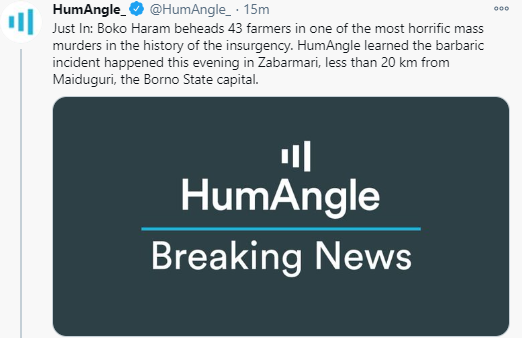 Kano-based lawyer, Bulama Bukarti says according to a report by BBC Hausa, the farmers were harvesting their rice produce when they were attacked. 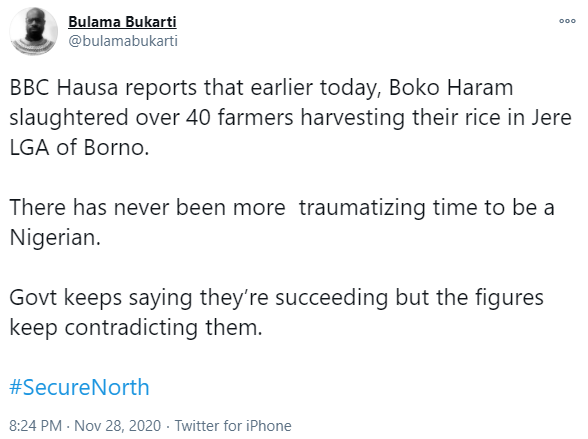 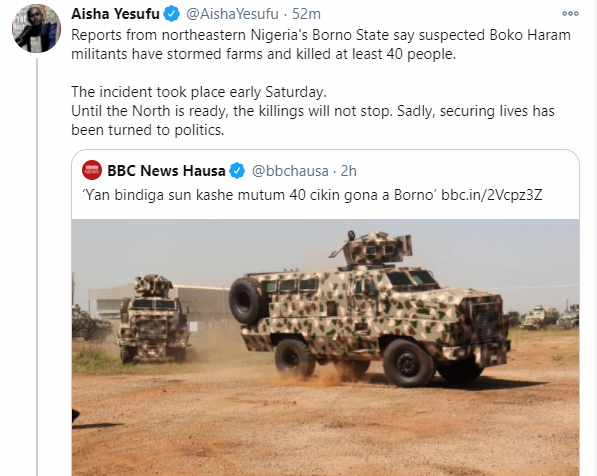