A former National Vice Chairman and ex-acting chairman of the All Progressives Congress, Hilliard Eta, has asked the Federal High Court in Abuja to nullify the Caretaker/Extraordinary Convention Planning Committee of the party and declare him as the Acting National Chairman of the party.

The National Executive Committee of the APC had at its meeting held at the Presidential Villa on June 25, 2020 dissolved the party’s National Working Committee, led by the then National Chairman, Adams Oshiomhole. 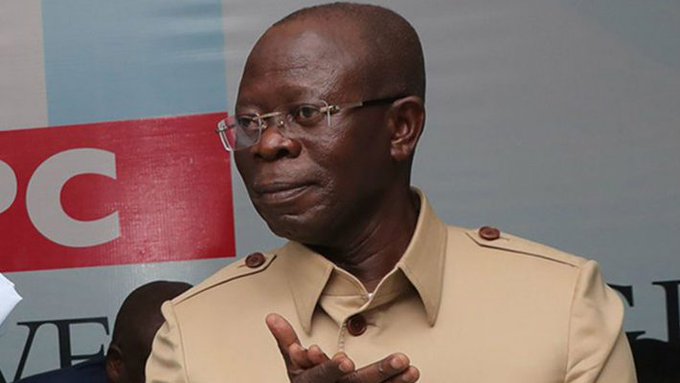 The NEC, at the meeting presided over by the President, Major General Muhammadu Buhari (retd.), set up the caretaker committee and appointed the Yobe State Governor, Mai Mala Buni, to head the committee. He was sworn in by the Minister of Justice and Attorney General of the Federation, Abubakar Malami.

The meeting was attended by the Vice-President Yemi Osinbajo; Senate President, Ahmed Lawan; Speaker of the House of Representatives, Femi Gbajabiamila; governors elected on the platform of the party and other party stakeholders.

Prior to the June 25 NEC meeting, the party had been enmeshed in serious crisis, during which about three persons laid claim to the position of the national chairman at the same time, coupled with conflicting court judgements obtained by the warring factions.

The raging crisis had prompted the NEC to summon the meeting, during which it passed a resolution to give the Buni-led interim committee a six-month tenure within which to organise a national convention to produce the substantive leaders of the party.

Few hours after the dissolution, 18 members of the NWC loyal to Oshiomhole said in a statement that the NEC meeting was illegal. In the statement signed by the then acting National Chairman, Eta, and acting National Secretary, Waziri Bulama, the group made it clear that they were consulting other stakeholders and their lawyers on the dissolution as well as other decisions taken by the NEC.

Meanwhile, Eta on November 26, 2020 filed his fresh suit challenging the dissolution of the Oshiomhole-led NWC which he was part of.

He sought various orders of injunction to restrain the Buni-led committee from taking any further steps on behalf of the party which may include planning the party’s convention.

The suit was instituted on his behalf by his lawyer, Dr Onyechi Ikpeazu (SAN), with the APC made the first plaintiff and Eta the second.

Listed as defendants in the suit are Buni in his capacity as chairman of the caretaker committee; John Akpan Udoedehe as the National Secretary; as well as Governor Adegboyega Oyetola of Osun State; Governor Sani Bello of Niger State, and Stella Okotete, as members of the committee.

The plaintiffs joined the Independent National Electoral Commission as the sixth defendant.

The plaintiffs argued among others that by virtue of Section 183 of the Nigerian Constitution and Article 17 (iv) of the constitution of the APC, it was an illegality and a void act for a person to hold an executive office in the government simultaneously with an office in any organ of the APC at any level, in whatever capacity.

They also argued that by virtue of same Section 183 of the Nigerian Constitution, Article 17 (i) and (iv) and 20 (i) (a) of the APC constitution, the purported removal of the duly elected officers of the party on June 25, 2020, was void and did not affect the rights of the duly elected officers of the APC to continue with the discharge of the duties for which they were elected.

In an affidavit deposed to by Etagbo Eta in support of the originating summons, the NWC had reacted to the proposed illegal meeting in a document captioned “Press Statement by the APC NWC,” clearly expressing that the proposed meeting violated the APC  Constitution.

He explained that the 1st to 5th defendants (members of the Buni-led committee) and those who projected them were duly alerted of the illegality of their act, yet they persisted in such illegality and willful disregard of the organic document of the 1st plaintiff.

He expressed concerns that INEC “no longer deals” with the duly elected executive of the APC but on the contrary recognised the 1st to 5th defendants in all matters concerning the 1st plaintiff, which contravenes the constitution of APC.

The plaintiffs therefore sought, among others, an order setting aside and nullifying the appointment and constitution of the 1st to 5th defendants into a caretaker/extraordinary convention planning committee of the APC.

They also prayed for an order of perpetual injunction restraining INEC “from recognising and/or continuing to recognise the 1st to 5th defendants as National Chairman, National Secretary or members respectively of the caretaker/extraordinary convention planning committee of the APC.”

They also sought an order mandating the sixth defendant (INEC) to recognise and deal with the second plaintiff (Hilliard Eta) as the Acting National Chairman of the All Progressives Congress”.

The suit has yet to be assigned to a judge.

Govs lobby non-NWC members over tenure extension for Buni, others

Meanwhile, governors elected on the platform of the APC on Thursday night met with non-elected members of the party’s National Executive Committee with a view to getting their cooperation in the plan to extend the six-month tenure of the Buni-led committee.

The chairman of the Progressives Governors Forum, Abubakar Bagudu; Governors Yahaya Bello (Kogi) and Abubakar Badaru (Jigawa) represented their colleagues at the meeting which was held in Abuja.

The caretaker committee was represented by a member, Professor Tahir Mamman (SAN).

The emergency NEC meeting of June 25 appointed the caretaker committee with the core mandate of reconciling all aggrieved members of the party and conducting the party’s national convention for the election of a new National Working Committee.

Speaking to newsmen after the meeting, the former National Vice Chairman (North-East), Mustapha Salihu, who convened the meeting as patron of state chairmen of the APC and non-NWC NEC members, said, “We had a very fruitful deliberation.

“In attendance, we have the representative of the Caretaker Committee in person of Professor Tahir Mamman, who we deliberated intensively with and he gave us all the legal efforts made to harmonise and streamline the transition processes of the caretaker committee.

“Also in attendance were three governors; the leadership of the Progressives Governors Forum was here. They gave their assurance and support to the caretaker committee, the welfare of the non-NWC NEC members, the forum of state chairmen, the rank and file of the party and their commitment to building the party from bottom to top.”