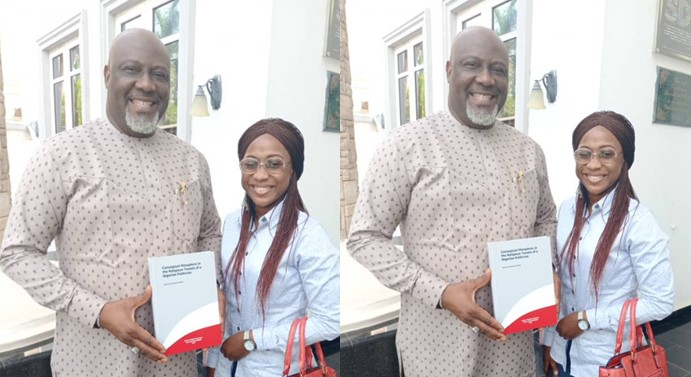 A Nigerian lady simply identified as Adamma has bagged a master’s degree as the best graduating student of a Malaysian university.

“Adamma is the lady who wrote her master’s thesis in a Malaysian University on the Religious tweets of Sen. Dino Melaye. Graduated as best graduating Student.”

Nigerians took to the comment section to congratulate her while sharing their thoughts.