Home Uncategorized Meet the 21-year-old man who feeds on grass, lives like an animal...

The intriguing story of a man born different has touched the hearts of many following the revelation that he eats grass and lives like an animal in the bushes. 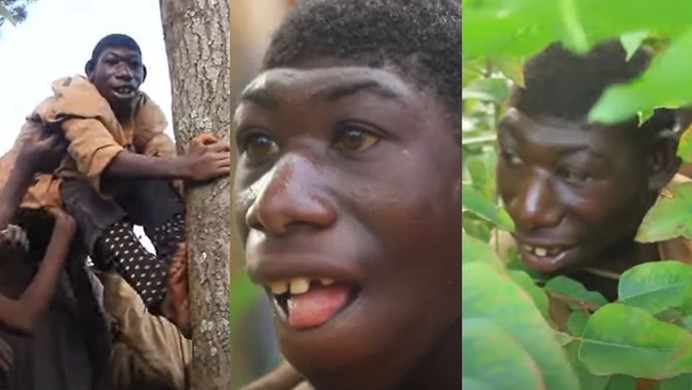 He is said to have been born after five other siblings who reportedly died simultaneously.

His parents lifted their voices up to God in prayers for another child, and the Almighty answered them.

The strange part of the 21-year-old man’s existence, however, is the fact that he feeds on grasses just like animals and has a penchant for living in the forest.

Children and his peers alike, bully him by referring to him as a monkey, and others assault him physically.

The man who is reportedly unable to speak runs away when he sees people and does not like living among members of his community.